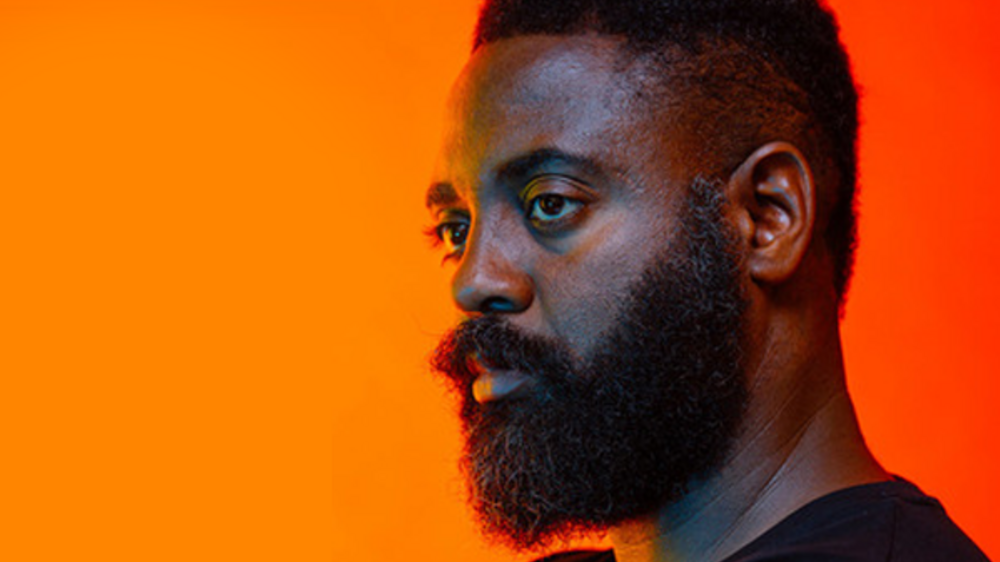 Reginald Dwayne Betts, the current artist-in-residence at Notre Dame’s Institute for Advanced Study (NDIAS) and the Initiative on Race and Resilience, has been named to the 2021 John D. and Catherine T. MacArthur Foundation Fellowship Class. Betts is one of 25 fellows to be selected for the honor, commonly known as a “Genius Grant,” which aims to recognize “talented individuals who have shown extraordinary originality and dedication in their creative pursuits and a marked capacity for self-direction.”

“Dwayne’s extraordinary accomplishments, creativity, and moral insight make him so deserving of this recognition from the MacArthur Foundation,” said Meghan Sullivan, director of the NDIAS and  the Wilsey Family College Professor of Philosophy at Notre Dame. “This year’s NDIAS Faculty Fellowship Program theme is resilience, which Dwayne clearly embodies, and we are grateful for his engagement with Notre Dame this year. We’ve also been thrilled to partner with the Initiative on Race and Resilience on his NDIAS fellowship.”

As a poet and lawyer, Betts transformed himself from a 16-year-old sentenced to nine years in prison into a critically acclaimed writer and graduate of Yale Law School. He has written three acclaimed collections of poetry: Felon, Bastards of the Reagan Era, and Shahid Reads His Own Palm. His memoir, A Question of Freedom: A Memoir of Learning, Survival, and Coming of Age in Prison, is the story of a young man confined in the worst prisons in the state of Virginia, where solitary confinement, horrific conditions, and the constant violence threatened to break his humanity. Instead, Betts used the time to turn himself into a poet, a scholar, and an advocate for the reform of the criminal justice system.

Betts is the recipient of an American Book Award, PEN/New England Poetry Prize, a Guggenheim Fellowship, Radcliffe Fellowship, and a 2019 National Magazine Award for "Getting Out," his New York Times Magazine article about his journey from prison to becoming a licensed attorney, amongst numerous other awards and honors. He holds a B.A. from the University of Maryland; an M.F.A. from Warren Wilson College, where he was a Holden Fellow; and, a J.D. from Yale Law School. He is a Ph.D. in Law candidate at Yale and as a Liman Fellow, he spent a year representing clients in the New Haven Public Defender’s Office. During his time at Yale, he founded the Freedom Reads project, which aims to curate a collection of 500 books to be placed in prisons throughout the U.S.

Betts is the sixth MacArthur Fellow affiliated with the University of Notre Dame. He follows 2017’s Nikole Hannah-Jones, a 1998 Notre Dame alumnus; 2002’s Camilo José Vergara, a 1986 alumnus of the University; and 2001’s Xiao Qiang, who studied astrophysics at Notre Dame in the late 1980s, 1987's Peter Jeffery, the Michael P. Grace Chair in Medieval Studies and professor of musicology at Notre Dame, and 1982’s Francesca Rochberg, former assistant professor at Notre Dame.

The purpose of the MacArthur Fellows Program is to enable recipients to exercise their own creative instincts for the benefit of human society. The MacArthur Foundation selects fellows based on three criteria: exceptional creativity, promise for important future advances, and potential for the fellowship to support creative work.

The NDIAS convenes an interdisciplinary group of faculty fellows, top doctoral candidates, and undergraduate scholars to study questions that require a joint focus, benefit from sustained research and discussion, and advance our understanding of core issues that affect our ability to lead valuable, meaningful lives. To learn more, please visit ndias.nd.edu.