Film frame from Gertie (1914), drawn by Winsor McCay. Courtesy of the Library and Archives of Canada.

At a time when World War I was beginning, Americans were using baseball, dance crazes, and vaudeville as forms of escape. One of the most innovative and new pieces of popular culture emerged in 1914 when Winsor McCay, a famous cartoonist and vaudeville performer, incorporated an animated cartoon called Gertie into his act.

Despite its popularity at the time, the original film and the paper drawings for it have all but been forgotten over the past 100 years. But now, faculty members in Notre Dame's Department of Film, Television, and Theatre are working to change that by collaborating internationally to restore the film and to research the history surrounding its cultural impact.

Donald Crafton, the Joseph and Elizabeth Robbie Professor Emeritus of Film, Television, and Theatre, and James Collins, professor and chair of the department, are leading the project. In discussing the importance of the film on American culture, Crafton said, “Restoring this film helps us understand popular culture at the turn of the century, especially since social exchange has completely changed since then. Nothing like Gertie had ever been seen before and by recreating it we get an inside look at the process that made this influential film come to life.” Gertie is famous for being the first film to use certain animation techniques, including key frames for improved animated movement, registration marks to line up drawings for animation, and animation loops. Besides these new techniques, what was unique about Gertie was how McCay would interact with the film to entertain the crowd. During the show McCay would “command” and “reprimand” Gertie – the dinosaur who was the main character – based on her actions. At the end of the performance, McCay would walk behind the screen just as a drawn-to-scale animated version of himself would walk onto the film and take a ride on the dinosaur.

“McCay created one of the first animated films, which had previously only been used as standalone pieces of work with choppy movement. Gertie the dinosaur had a distinctive personality and moved in a more realistic fashion, while McCay brought spontaneity and liveliness to the stage,” Crafton said. “This was a brand new concept to the world of animation and part of what led producer William Fox – recognized today as the founder of the Fox Film Corporation – to obtain the production rights and create a much longer film, further popularizing McCay and his creation.”

To restore the seven-minute animation, Crafton and his team will use some of the original Gertie drawings, identified and cataloged by a private collector and collaborator on the project, as well as high-resolution scans of the original film frames to piece together a re-creation. However, certain portions of the Fox film were made of nitrate and have decomposed over time and many of McCay’s Gertie drawings have since been lost or ruined. Therefore, to fully restore the film, an animator will re-create the missing frames by hand-drawing them. These new frames will be marked on the film, although not visible when watching the restored animation. 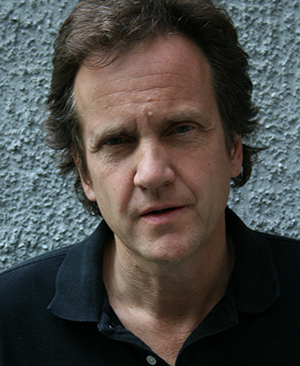 “Once we have re-created McCay’s seven-minute original animation, our plan is to write a sketch for a live actor that will simulate how the film originally was incorporated into his vaudeville act,” Crafton said. “My vision is to include some of McCay’s history into the opening, highlighting some of the struggles he faced working as a political cartoonist for William Randolph Hearst, who was known for pressuring McCay to limit, or even quit, his work in vaudeville.”

Crafton’s reimagined performance of Gertie has an anticipated 2018 premiere in France. The film restoration is being done in collaboration with the Cinēmathèque Quēbēcoise (CQ) and the National Film Board of Canada, as well as CQ curator Marco de Blois and Dr. David Nathan of Princeton University.

The research project is being funded through the Notre Dame Research Faculty Research Support Grant Program.

To view a version of the unrestored Fox version of Gertie, please click here.