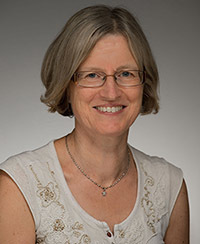 Scientists dedicate their lives to research. But there’s been little scholarship on the characteristics of people who make that commitment.

Does the daily practice of laboratory research shape their outlook on life? Can it be linked to specific ways of behaving or thinking? How do the habits and perspectives of scientists compare to what we might want from our colleagues, family members, or fellow citizens?

A team of researchers in Notre Dame’s College of Arts and Letters has been awarded a $3.1 million grant from the Templeton Religion Trust to examine how the concrete practices of science relate to something more abstract—what theologians and philosophers consider “virtues”—and how that connects with other areas of scientists’ lives, including their religious beliefs.

This will bring a “fresh approach” to the discussion between theology and science, said Professor of Theology Celia Deane-Drummond, who will co-direct the project with Darcia Narvaez, professor of psychology, and Thomas Stapleford, associate professor in the Program of Liberal Studies.

The endeavor is a key component of Notre Dame’s new Center for Theology, Science, and Human Flourishing, which will serve as a hub for transdisciplinary research at the University.

“The vision for the center is to encourage research which extends out to other centers on campus, and perhaps bring them in to collaborate further in the future,” Deane-Drummond said. “I want this to be a home for like-minded people to develop their own projects.” 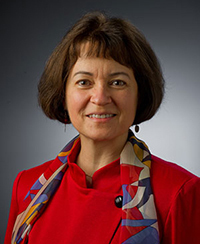 The three-year initiative, called Developing Virtues in the Practice of Science, will feature an innovative research design that integrates psychological surveys and ethnographic research, with theologians and philosophers contributing throughout the process.

In addition to the three principal investigators, the project team includes collaborators Agustín Fuentes, professor and chair of the Department of Anthropology; Margot Fassler, director of Sacred Music at Notre Dame and Keough-Hesburgh Professor of Music History and Liturgy; six postdoctoral fellows; and six graduate students across multiple disciplines.

“The scope of the project is truly ambitious,” Stapleford said. “It is rare to have such a range of scholars working together on a single research project for a sustained period of time. So, even the process of research itself has the potential to establish a new standard for cross-disciplinary work in science studies.”

The researchers’ first goal will be to collaboratively define which virtues they will examine and how they will be measured.

“I see this project potentially as a model for how to perform interdisciplinary research from the ground up,” Narvaez said. “We will have to learn to be comfortable outside our disciplines and work through the differences in vocabulary, conceptualizations, and evidentiary practice, but we thereby expect to create new understandings enriched by the wisdom of the participating disciplines.” 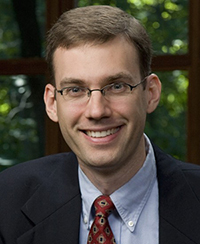 The team may look for qualities in scientists such as faith, humility, wisdom, or epistemic empathy—the ability to see a problem from another person’s perspective and to recognize where one might bring in assumptions that others do not share.

“You can see how that would be helpful for scientists,” Stapleford said, “not only in developing their own research but also in interacting with colleagues from other fields or with citizens who might not have the same kind of training.”

A smaller study of the same virtues in musical ensembles will provide a contrasting look at highly trained, cooperative teamwork in a non-scientific field, Deane-Drummond said.

Intensive ethnographic research will be conducted in biology laboratories on the Notre Dame campus and at Durham University in the United Kingdom.

“The ethnographers may be anthropologists or sociologists,” Deane-Drummond said. “The idea is that they will participate in the practical work of the science laboratory while treating it as a kind of field site. It’s a different methodology from psychological questionnaires.”

The researchers believe that, ultimately, the initiative could help scientists become more aware of ways they can cultivate certain dispositions through their research.

“We’re hopeful that this is going to help the labs we’re studying to be a little more cognizant, more self-aware of how the structures and routines in their laboratory affect the scientists,” Stapleford said. “They may have certain ideas about what qualities they want their researchers to have. As we’re doing this study, we may uncover practices in the lab that help foster those kinds of characteristics.”

Deane-Drummond, who has doctorates in systematic theology and plant physiology, will direct the Center for Theology, Science, and Human Flourishing, which she described as the culmination of a career-long focus on transdisciplinary research.

The center will also house the new Human Distinctiveness Project, led by Deane-Drummond and Fuentes, which will support training for theologians in evolutionary and archaeological anthropology as well as research on the evolution of wisdom.

“Bringing together these different clusters of researchers is a really exciting way to work,” she said. “It’s very energizing for our post-doctoral fellows, it’s good for our graduate students, and it filters down into teaching.”