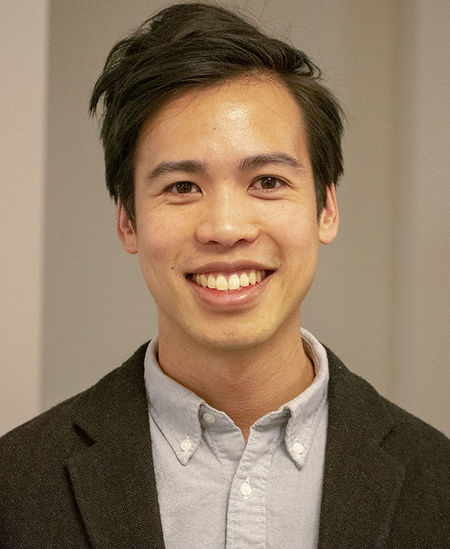 How did you choose Notre Dame?

What are you currently researching?

I study questions such as, what is mathematics about? Is mathematical knowledge infallible? If so, what makes it infallible? To what extent can the methods of mathematics be used to establish deep philosophical truths which concern the human condition?

My dissertation advances an original approach to the foundations of mathematics that is rooted in the philosophical project known as logicism, which attempts to ground mathematics in logic.

My dissertation provides a new way of understanding what constitutes a logical reduction of mathematical knowledge in a way that overcomes the issues faced by logicism. It is novel in how it makes use of recent work in an area called model theory.  On my approach to logical reduction, mathematical theories are not fixed in content, but rather, admit many interpretations. A mathematical theory is a “theory-form” that characterizes a class of distinct mathematical structures. My dissertation shows how our knowledge of a theory’s associated class of structures can be known through concepts belonging to the realm of logic — concepts such as “not,” “or,” and “there exists.”

What drew you to this research?

I find this field exciting because of its inherently interdisciplinary nature. I’ve always been interested in both mathematics and philosophy, and the foundations of mathematics continually undermine traditional boundaries between the humanities and sciences.

To me, mathematics, like any other science, is driven by broader, often implicit philosophical ideas concerning knowledge and truth. Thus, to best appreciate and do mathematics, one has to engage with it on a philosophical level.

Ask any professional mathematician what they think mathematics is about, and most likely, you will see how much philosophical thinking guides — and emerges from — their scientific practice.

I’ve also found that philosophy is best done not simply in an armchair, but by engaging with current scientific and mathematics research. This does not mean that philosophy needs to put science on an unquestionable pedestal. I believe philosophy is inherently anti-authoritarian, but also cannot be done well without knowing what our best scientific theories say about the world and ourselves.

“Mathematics, like any other science, is driven by broader, often implicit philosophical ideas concerning knowledge and truth. Thus, to best appreciate and do mathematics, one has to engage with it on a philosophical level.”

Why is it particularly important to research the foundations of mathematics?

There is a tendency to create artificial barriers between the various ways in which humans understand the world and each other. It is important because mathematics, like any science, is a deeply human activity — its historical development was deeply shaped by human needs and ways of relating to the world. Thus, understanding the foundations of mathematics has the potential to reveal deep unities which ultimately bind together our epistemic practices. 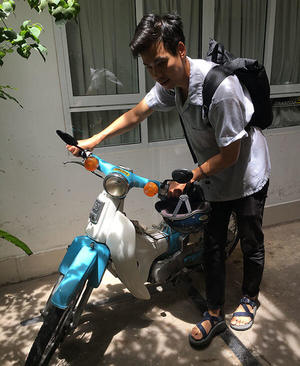 McEldowney in Vietnam in 2018

Last summer, you studied Vietnamese in Ho Chi Minh City, through the Center for Languages and Cultures’ Summer Language Abroad program. How important was your SLA experience to your research?

The Summer Language Abroad program has been indispensable for my work. In addition to logic and the philosophy of mathematics, I have a longstanding scholarly engagement with the history of philosophy. I am examining the ideas of the Vietnamese philosopher Tran Duc Thao, as part of a larger project on the mutual influence between Vietnamese and French philosophers during the first half of the 20th century.

My aim is to help diversify the philosophical canon, which traditionally has excluded women philosophers and philosophers of color. The SLA grant was incredibly important for providing me with the language training needed to begin engaging with Vietnamese literary and philosophical works. I would not have been able to learn Vietnamese in Vietnam without Notre Dame’s generosity.