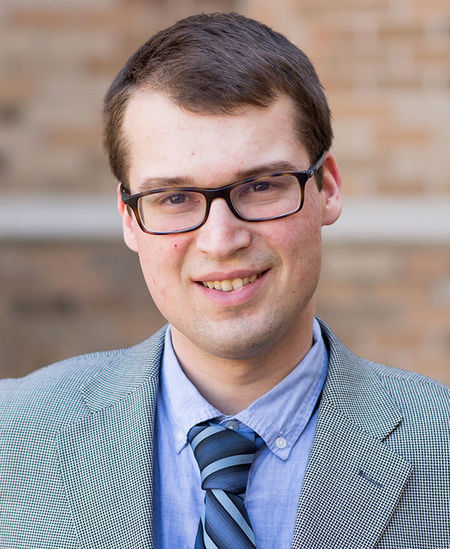 He received a bachelor’s degree in classics from the College of the Holy Cross in Worcester, Massachusetts, and spent a year at Leiden University in the Netherlands with a grant from the Fulbright U.S. Student Program. Churik focuses on the interaction of Christianity with the classical tradition throughout late antiquity and the Byzantine period.

What are you working on now?

At the moment, a couple of things related to education and social formation are getting my attention. One is the representation and discussion of wealth in early Christian homilies, especially ones commenting on the stories of the rich, young man and of Lazarus and the rich man. As Christianity became well established within the state, particularly in the eastern Roman Empire, church writers had to deal with the embarrassment of riches and read these Biblical stories in light of their social environment.

A second area of interest is the use of animals as exegetical figures, again in homilies and other educational texts. Animals are often used as exempla to teach values, virtue, and vice, and in these cases, they’re often held up as models for people, and so complicate the perceived boundaries between humans and animals.

What drew you to your current research?

When one studies the classics (at least at a high school or undergraduate level in the U.S.), the texts are usually presented as given, with maybe minimal discussion on how texts arrived from the ancient world to the present. Who read them? Why were these texts read? Who wrote them down? How were they preserved?

How is your research relevant today?

We constantly make claims about the past. So on a broad level, understanding the transmission of ideas more clearly can help strengthen those claims. There is discussion today about the status of the so-called “Western tradition.” To my mind, a major point that is frequently overlooked in this debate is that whatever this tradition, it didn’t fall from the sky as a cohesive whole. Rather, it was shaped over time by various individuals, groups, institutions, and forces. Hopefully, my research will help illuminate some of those paths of transmission in order to avoid facile answers and questions when studying the past.

“The so-called ‘Western tradition’ didn’t fall from the sky as a cohesive whole. Rather, it was shaped over time by various individuals, groups, institutions, and forces. Hopefully, my research will help illuminate some of those paths of transmission in order to avoid facile answers and questions when studying the past.”

How did you choose Notre Dame and the ECS program?

For someone interested in late antiquity and the post-classical world, and especially for someone who has a background in classics or history, the program is an excellent point of transition. Because it is housed between classics and theology and has a relatively open curriculum, students have the opportunity to improve their language skills, to read texts outside of the classical canon, and to explore the intellectual, theological, historical, and social worlds of the period.

It is something of a unique program in the U.S. because it affords so many avenues and opportunities for study. The faculty members are wonderful and are interested in working across disciplines to come to as complete an understanding of the world they study as possible.

What are your future academic or career goals?

I will be pursuing a Ph.D. in classics at Princeton University, planning to focus on late antique and Byzantine Greek literature — interests that were certainly fostered at Notre Dame.

Getting a degree through the ECS program was a great factor in having a successful application to Princeton, and I’m very thankful to have done so. The two years of study helped hone my interests, while also providing me with a broader base of knowledge.

Because the program is interdisciplinary, it provided a wider perspective across fields and methodologies that gave me a better idea of the questions I could be asking. And research-driven courses, such as the Early Christian seminar with Professor Blake Leyerle, taught me how to conduct research better and with a variety of methods.