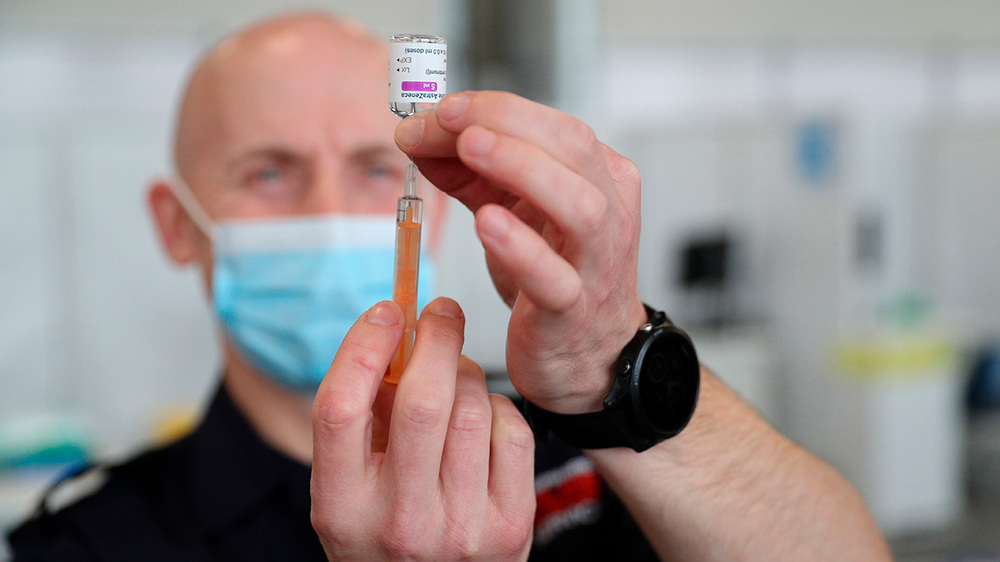 In the drive to vaccinate Americans against COVID-19, many question where faith communities stand. A critical number of religious leaders rallying against vaccination often dominate the narrative, while other voices receive less attention.

A new study by University of Notre Dame sociologist Kraig Beyerlein found that the relationship between religion and vaccine hesitancy or acceptance is more complicated than it may appear.

Beyerlein, an associate professor and director of the Center for the Study of Religion and Society, found that 30 percent of congregants in the United States heard solely encouraging messages about vaccination from faith leaders or fellow members. Another third heard both encouraging and discouraging messaging, and 32 percent heard no messaging at all.

Notably, only 5 percent of American congregants received only discouraging messages concerning vaccination from their faith communities.

Even more surprisingly, Beyerlein said, the percentage of American congregants hearing only discouraging messaging was equally low among Democrats, Republicans and independents — and was by far the smallest proportion in every major religious tradition. Only 6 percent of evangelical Protestants, as well as 5 percent of Republicans who are part of congregations, heard solely discouraging messages.

“Given how politically polarized much of U.S. society is, I was expecting to see very high rates of uniform congregation-based vaccination messaging, but we found that was not the case,” Beyerlein said. “And when uniform messages about COVID-19 vaccination were communicated within congregational circles, the vast majority of them encouraged it. I didn’t anticipate such a low rate of exclusive discouragement.”

In late May, Beyerlein and co-authors Jason Klocek, a former postdoctoral research fellow at CSRS and an assistant professor at the University of Nottingham, and Grace Scartz, a CSRS undergraduate research assistant, conducted a representative survey of 2,500 American adults on how religious beliefs and behaviors relate to opinions on mask-wearing and vaccination.

Although political party did not generally distinguish those congregants who heard discouraging messages about vaccination, there were patterns in the data that confirmed popular perception of conservative and progressive divides about COVID-19 vaccination.

Approximately 70 percent of Democrats in congregations heard some level of encouragement to get vaccinated from their faith leaders or fellow members, while not even half of Republicans and independents heard a similar message. Mainline and Black Protestants were also significantly more likely to receive exclusively encouraging vaccination messages from their congregation-based ties, relative to evangelical Protestants.

These findings are particularly significant, Beyerlein said, because faith communities across the U.S. have an enormous collective pool of participants — and the potential to tip the scales in favor of vaccination.

While some of these findings may be explained by congregants choosing communities with similar religious and political views, they also underscore the potential power of the types of messages communicated in congregation-based networks, Beyerlein said.

“Nearly 80 million American adults attend religious services in congregations on any given week. No other type of voluntary organization in the U.S. has the ability to make such a significant impact on vaccine acceptance,” he said. “If more of these networks offered uniformly encouraging messages, we would likely see a considerable boost in vaccination rates across the country.

“Given the nature of COVID-19, this would benefit those in and outside of congregations. The messages communicated in faith communities are a concern for all of us.”

Originally published by Carrie Gates at news.nd.edu on December 02, 2021.