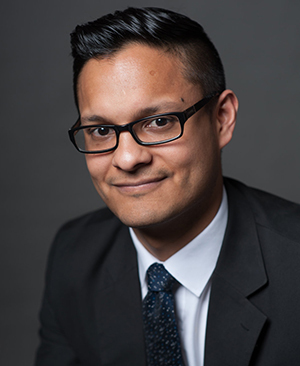 The National Science Foundation (NSF) has recognized Robert Vargas, assistant professor of sociology, with an Early Career Development (CAREER) Award. Vargas is one of 10 Notre Dame faculty members to receive the award in 2017.

The award supports early-career faculty who have “the potential to serve as academic role models in research and education and to lead advances in the mission of their department or organization.”

“We are very proud of our faculty members’ successes in the NSF CAREER award competition, which recognizes the very best early-career educators and researchers nationally,” said Robert J. Bernhard, vice president for research. “Their success is reflective of their outstanding creativity and hard work. It is also a credit to the colleges and departments for their ability to recruit and mentor these talented faculty.

“This all bodes very well for the future of science, engineering, social sciences, and other fields here at Notre Dame.”

Vargas, an urban sociologist whose research focuses on violence and health care, received his CAREER Award for a project titled, “The Evolution of Homicide Hotspots Over the 20th Century: A Three City Study.” To complete the project, he will digitize and geocode homicide data from over a century in order to create new measurements to describe the geographic and temporal dynamics of homicide.

The project will make use of a novel method for sharing its findings with the public. Large maps visualizing change in historical homicide patterns will be displayed in libraries and galleries in each city to spark greater public interest and awareness about homicide and the science of prevention.

Vargas, who joined the Department of Sociology in 2016, is also a faculty affiliate in the Institute for Latino Studies at Notre Dame. He recently won the 2017 Outstanding Book Award from the Academy of Criminal Justice Sciences for his first book, Wounded City: Violent Turf Wars in a Chicago Barrio.