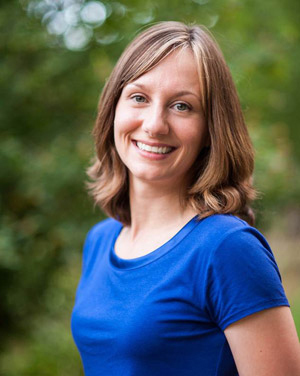 Nicole McNeil, Notre Dame’s ACE Associate Professor of Psychology—along with her colleagues at the nonprofit research agency West Ed—received a $3.5 million grant from the U.S. Department of Education’s Institute of Education Sciences (IES), which aims to improve students’ mathematical achievement in elementary school and beyond.

The new grant—the largest and latest grant awarded to McNeil’s work—will allow a large-scale trial of an educational intervention McNeil and her CLAD Lab research team have developed to boost math learning by helping students grasp the concept of mathematical equivalence. Such a concept undergirds problem solving reflected in a statement such as “two plus two equals four.”

“Our goal in developing the intervention was to translate what we knew from the basic science aspect of things into practices that would help improve children’s formal understanding with math equivalence,” she said. “And now I’m excited because we get to see if the intervention works in the real world.”

Following up on IES grants of $761,000 and $565,000 that supported her innovations since 2007, the IES awarded the latest round of funding for McNeil’s research in expectation that the intervention will help address America’s low international ranking in mathematical competence.

The National Science Foundation (NSF) also funds McNeil’s work in mathematical cognition through a five-year CAREER grant, providing approximately $750,000 over five years. These grants have been called NSF’s “most prestigious awards in support of junior faculty who exemplify the role of teacher-scholars through outstanding research, excellent education, and the integration of education and research within the context of the mission of their organizations.”

As part of the NSF grant, McNeil is conducting a longitudinal study to see if a better understanding of math equivalence in second grade leads to greater success in mathematics later on, especially algebra readiness in the sixth grade. She is also working to identify which skills in kindergarten provide an early foundation for future learning of math equivalence.

McNeil directs Notre Dame’s interdisciplinary undergraduate minor in Education, Schooling, and Society, and she is a fellow in the Institute for Educational Initiatives, which houses the minor as well as the Alliance for Catholic Education. The Institute strives to improve the education of all youth, particularly the disadvantaged.