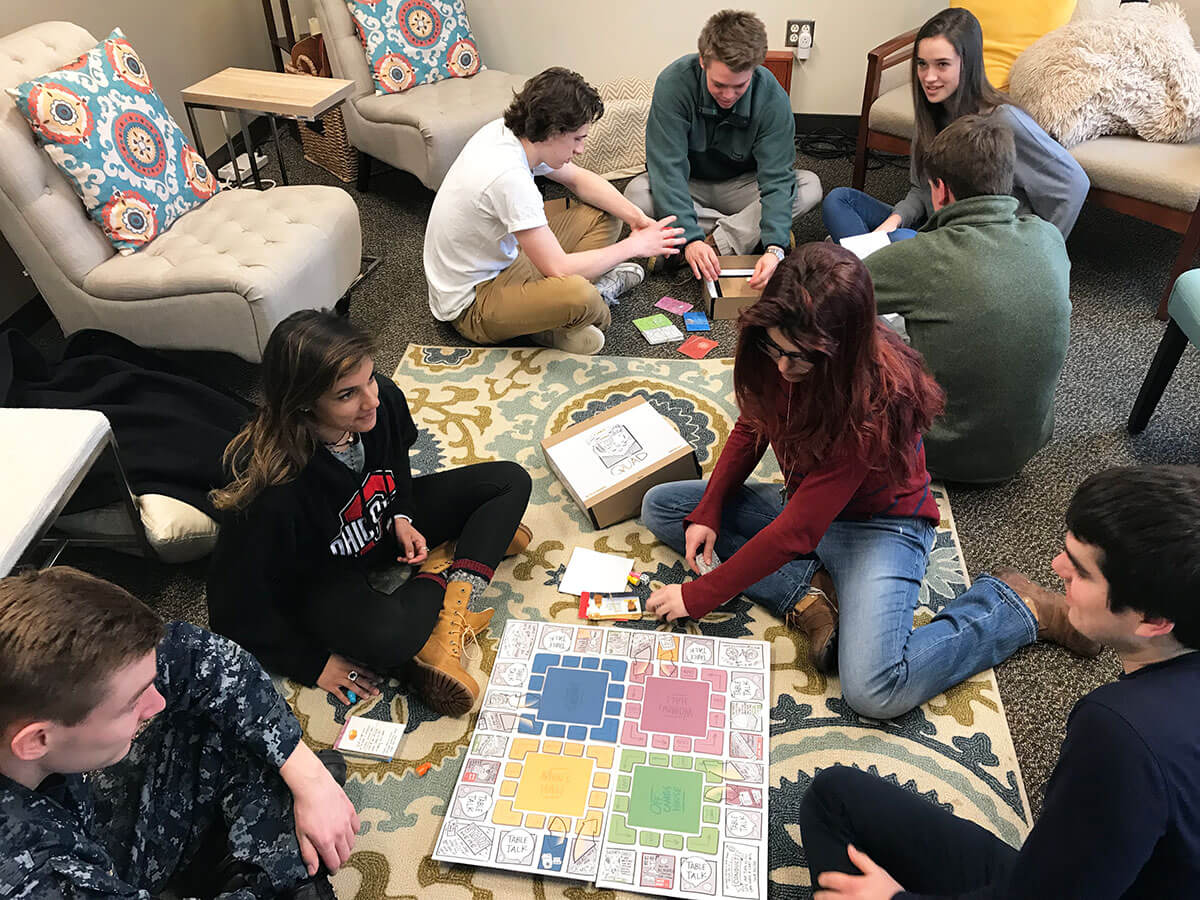 For Carly Hagins, the best tool to help Notre Dame first-year students learn about campus culture is a board game.

Throughout the month of March, students in the Moreau First Year Experience course have been visiting the McDonald Center for Student Well-Being to try out a new board game created by Hagins, an MFA student focusing on industrial design. 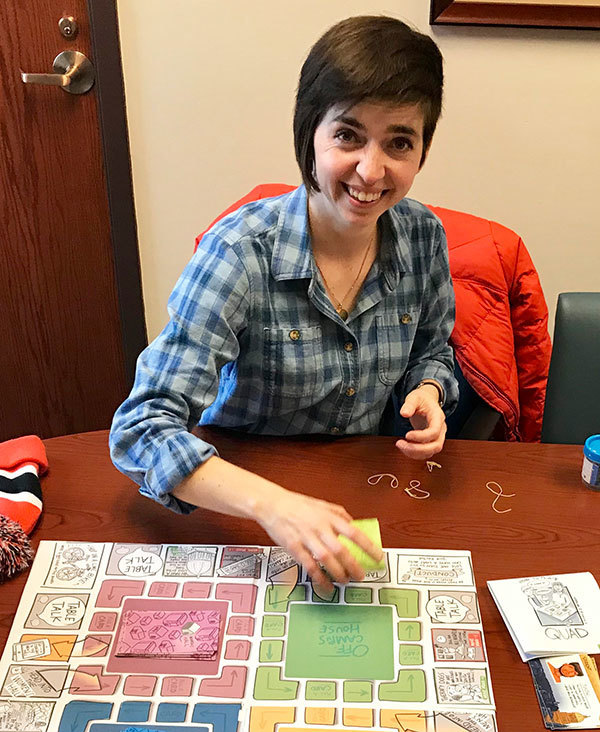 “Quad: A Game of Conversations” works to spark discussion between players about social life at Notre Dame, in the hopes of breaking down the initial misperceptions that often lead to unhealthy drinking habits.

“I wanted to focus on first-year students and help work against social norms,” Hagins said. “The way to do that is to get people to talk to each other.”

Over the course of three weeks, more than 600 first-year students played the game. Upon arrival, students were given an introduction to the McDonald Center for Student Well-Being before splitting up into random groups to play.

“It’s been an overwhelmingly positive experience,” Hagins said. “And the cool thing is that it’s working. People are talking to each other, especially when they go into random groups. They’re getting to know people they didn't know before. It’s been really incredible.”

The game has several categories of cards — ranging from “Off-Campus House” to “Women’s Hall” and “Men’s Hall” — to direct conversation. The categories include both trivia questions and open-ended questions, all focused on minimizing the barriers that often arise when discussing sensitive subjects, such as the drinking culture on campus.

“It’s been an overwhelmingly positive experience. And the cool thing is that it’s working. People are talking to each other, especially when they go into random groups. They’re getting to know people they didn't know before. It’s been really incredible.”

“Quad provided a really lovely opportunity for first-year students to begin reflecting on and discussing their choices, perspectives, and experiences since they've been at Notre Dame,” said Jenna Gehl Jones, assistant director of emotional well-being. “It opened up dialog and gave them reasons to laugh, have fun, get to know each other, and hopefully learn a thing or two in the process.”

The majority of students who played the game reacted in a very positive way, saying both in person and via anonymous survey that they would play it again, Gehl Jones added. And the center is already planning to use the game again next year. 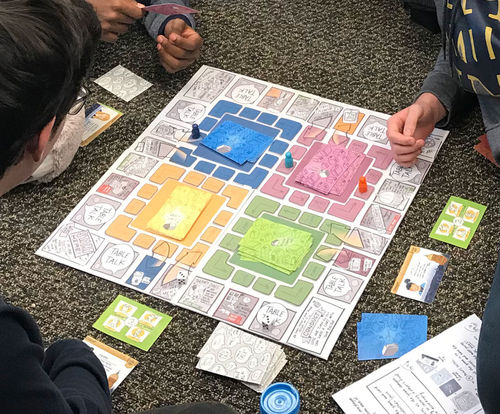 From the dozens of cards to the game board, Hagins hand-crafted every piece, except the dice.

“I thought it was pretty cool,” said Lexi Leahy, a first-year student. “It definitely sparked some interesting conversation, and it wasn’t too complicated.”

Hagins conducted extensive research to come up with the game and ensure it is as relatable as possible. By interviewing students and keeping her ears open around campus, she was able to pinpoint the little things that makes Notre Dame’s social culture so unique.

“By coming to this project as a grad student, I think that opens some doors that wouldn’t have necessarily have been open to faculty,” Hagins said. “I can talk to first-year students in a very unassuming way.”

Once her research was completed, Hagins began the process of designing the game. From the dozens of cards to the game board, she hand-crafted every piece, except the dice.

“This game actually takes all of the things I'm interested in and combines them into one project,” said Hagins, who prior to attending Notre Dame worked as an assistant professor at Wentworth Institute of Technology, a toy designer, and a graphic designer at a brewery.

Though still in the testing stage, Hagins hopes to produce more versions of the game so that it can be fully incorporated into the Moreau First Year Experience, as well as other first-year events such as Welcome Weekend.

"We are delighted to integrate 'Quad' into the Moreau First Year Experience," said Maureen Dawson, assistant dean of the First Year of Studies. "The game generates greats discussion among students and builds a sense of community within sections. We look forward to working more with Carly and McWell to bring the game to more students and instructors next year."