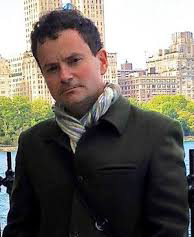 Pierpaolo Polzonetti, an associate professor in Notre Dame’s Program of Liberal Studies (PLS) and Sacred Music at Notre Dame program, has won the H. Colin Slim Award for his essay, “Tartini and the Tongue of Saint Anthony.”

The award, presented by the American Musicological Society since 2005, honors a “musicological article of exceptional merit.”

Polzonetti’s research was published in the Journal of the American Musicological Society in summer 2014. It focused on the music of the composer and violin virtuoso Giuseppe Tartini performed at the Basilica of Saint Anthony of Padua, a church in northern Italy built in the 13th and 14th centuries.

Calling it “richly imaginative and firmly rooted in documentary evidence,” the selection committee commended Polzonetti for taking a focused topic and making widely applicable to academics throughout his discipline.

“What seems at first a highly specific study of music at one basilica throws new light onto the relationships between instrumental music and language; between musical works and the beliefs that animate them,” the committee wrote. “This virtuosic study will surely inspire others to take scholarly risks.”

Completing his research was very much an interdisciplinary effort, Polzonetti said, supported by faculty and institutions across Notre Dame’s campus.

The project began in 2010 when Polzonetti was studying the history of liturgy with Michael Driscoll, co-founder of the Sacred Music program. With a grant from the Institute for Scholarship in the Liberal Arts, Polzonetti dove deeper into his research, presenting preliminary ideas at a symposium held at the Snite Museum of Art and research-in-progress seminars organized by Zygmunt G. Baranski, the Rev. John A. O’Brien Professor of Italian Studies.

He later received a faculty research grant from Notre Dame’s Office of Research to study in Padua, Italy, where he discovered documentary evidence that was essential to his research. Further funds from ISLA supported another research trip.

As he neared completion, Polzonetti discussed his findings at a symposium in Chicago sponsored by the Nanovic Institute for European Studies. His research also involved input from Notre Dame colleagues in architecture, theology, history, literature, and Italian studies.

“It was a bold attempt to understand the meaning and functions of sacred instrumental music during the age of reason in the most possible comprehensive and interdisciplinary way,” Polzonetti said. “This is a prize that goes to all of us, as the project was very much a joint effort of the Notre Dame community of scholars.”