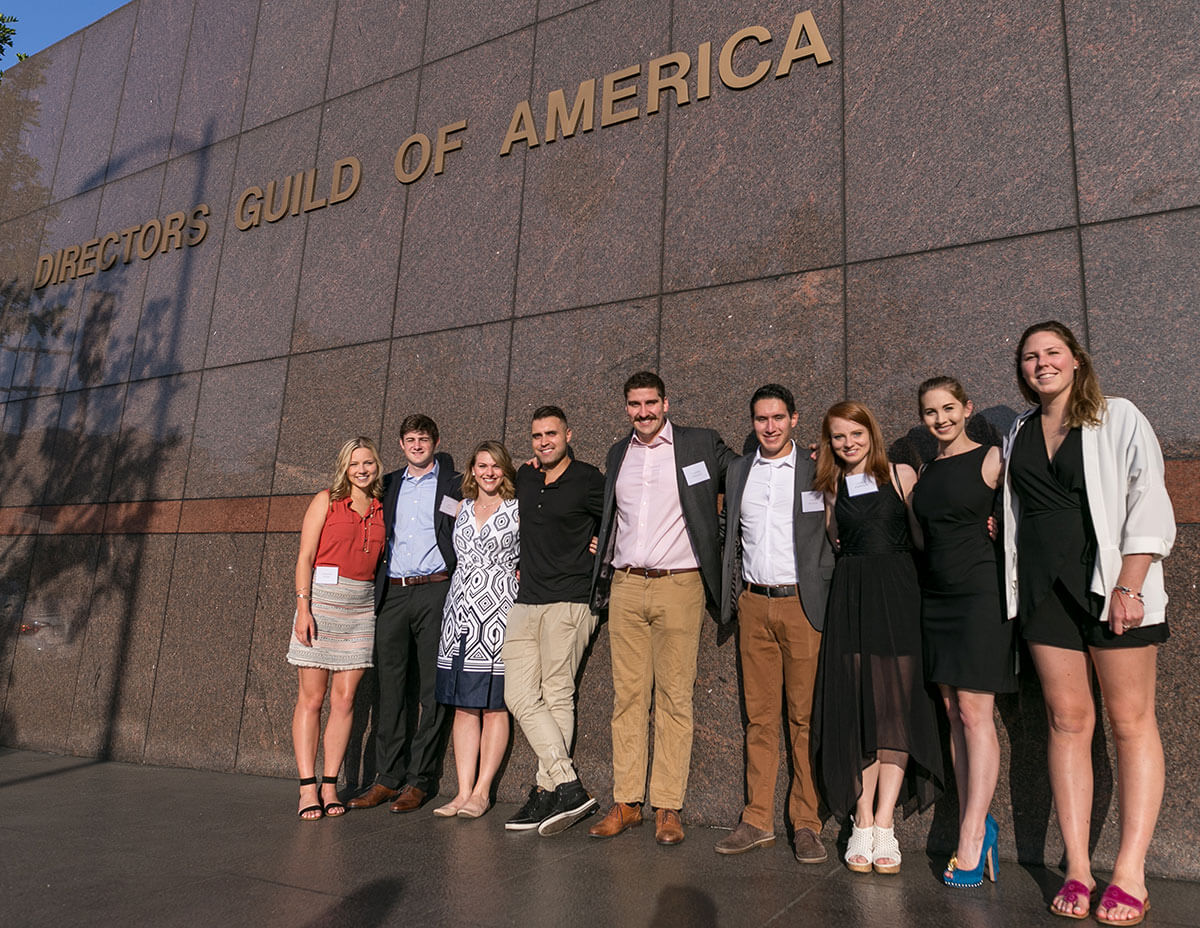 FTT students and young alumni stand outside the Directors Guild of America in Los Angeles.

Many young filmmakers dream of seeing their work screened at a Los Angeles film festival.

For a talented group of students and young alumni from Notre Dame’s Department of Film, Television, and Theatre, that dream was realized this summer. 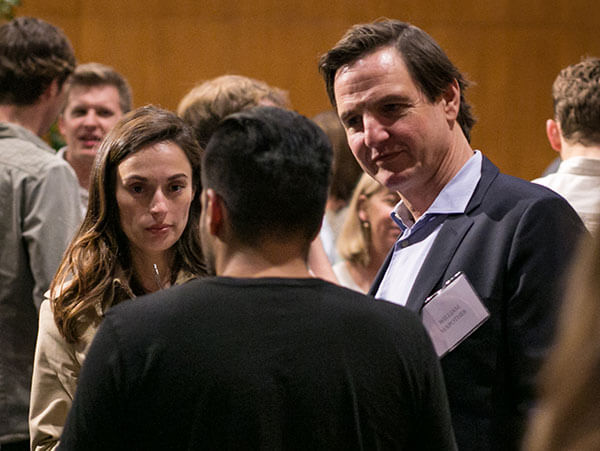 William Mapother '87, whose acting credits include the TV series 'Lost' and the films 'Another Earth' and 'In the Bedroom,' mingles with guests.

An Evening of Notre Dame Student Films, hosted by the College of Arts and Letters, was held at the Directors Guild of America Theatre this summer. It featured six student films and a short documentary from the “First Time Fans” series, directed by alumni filmmakers.

“It was exciting to see my film again, especially in a professional setting in LA,” said senior FTT major John Salazar.

His film, Luggage, produced with senior Tanner Cipriano, tells the story of a man living in a totalitarian state who meets a mysterious woman.

Salazar, who plans to move to LA after graduation and work in post-production, appreciated the opportunity to network with Notre Dame alumni who attended the event and the reception afterward.

“I got to talk with recent graduates and more established alumni working in the industry,” he said. “It was a great way to make connections. Quite a few people just came up to me and said they liked my movie.” 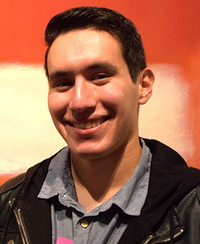 He already knows how valuable those contacts can be.

Salazar has spent the last two summers working as a graphics intern at Mark Woollen & Associates—a position he learned about when The Career Center put him in touch with a Notre Dame alum working there.

“The Notre Dame network is always helpful. The FTT alums I’ve reached out to have all shared what they recommend I do in college, specific classes I should take, or where their careers have gone,” Salazar said.

Blake Avery ’14, who majored in FTT and gender studies, also enjoyed seeing his student film at the festival. He co-wrote and directed The Way Things Were with Zuri Eshun ’14 during his senior year.

Now a creative assistant at Studio 8 in Los Angeles, Avery said the event is just one of the many ways Notre Dame helps FTT students launch their careers in the entertainment industry. 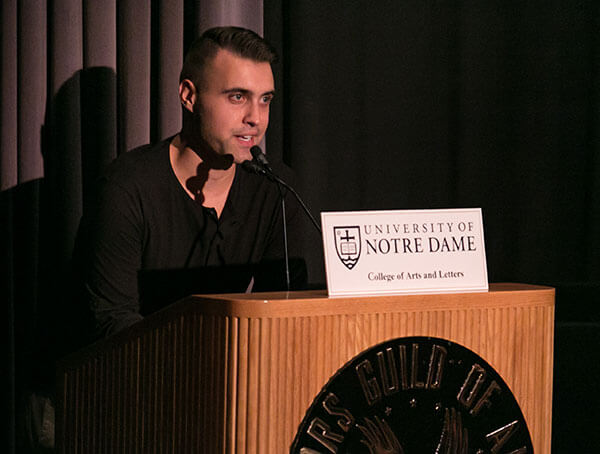 Blake Avery '14 discusses his short film, 'The Way Things Were.'

Avery received Notre Dame funding to do an internship at the Cannes Film Festival, a summer internship in LA, and a spring break externship program where students visited working alumni all over the city.

“I wouldn’t be out here if it weren’t for the solid network I built through those experiences and the help of all the alumni who gave me advice and passed my resume along,” he said.

For Avery, the student film festival was a chance to reconnect with faculty and other alumni—and reach out to students who are in the same position he was a couple years ago.

“It was great to meet current students and see what their plans are and if they need help,” Avery said. “You have to be able to rely on other people to get into the industry, and I am excited to return the favor.

“The alumni network is a family, and we’re all pulling each other up.”

“You have to be able to rely on other people to get into the industry, and I am excited to return the favor. The alumni network is a family, and we’re all pulling each other up.”