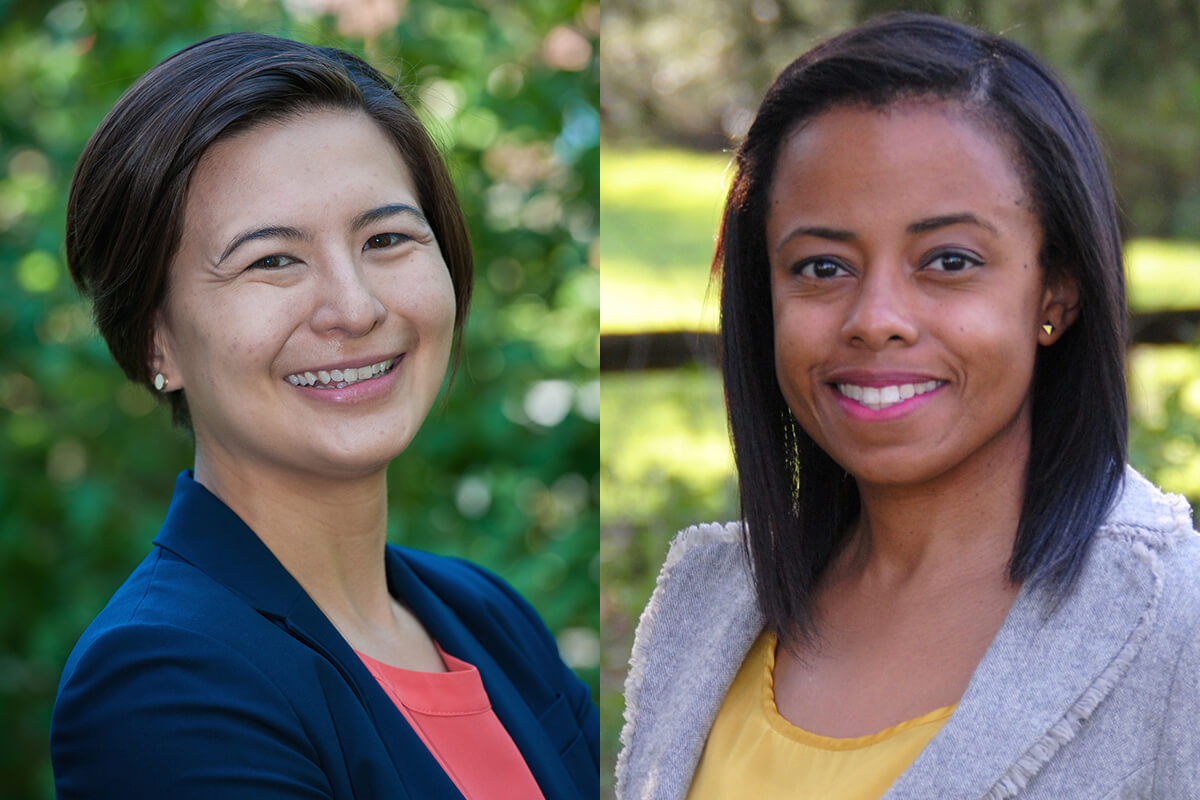 The Department of Film, Television, and Theatre is broadening the scope of its theatre program with two new faculty members — Tarryn Chun and La Donna Forsgren.

Chun, a concurrent faculty member in the Department of East Asian Languages and Cultures, specializes in the modern and contemporary periods in Chinese theatre, as well as the intersection between technology and the arts.

“By hiring us at the same time, the department is really expanding in an exciting way,” Chun said. “It is also going to open up a lot of opportunities for collaboration across different departments, which will be great for us and for our students. We’re incredibly fortunate that there’s so much space and support for trying new things here.” 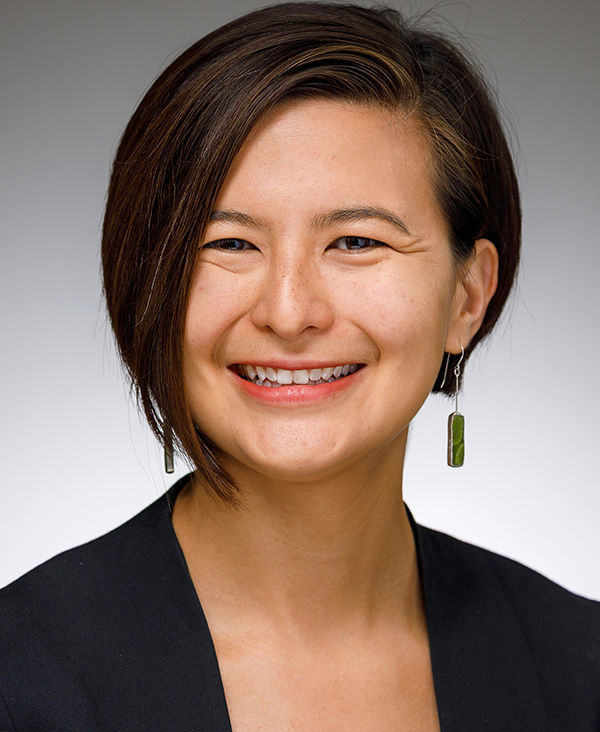 Chun, who received her Ph.D. from Harvard University, is currently working on a research project that examines the relationship between technology, art, and politics in 20th-century China.

Things like electric lights and new sound systems had a profound effect on how playwrights structured characters and dramatic action, she said. Technological innovation also reshaped how performers chose to use space, lighting, and sound, not just to tell a story, but to impact their audiences, making them feel and respond in certain ways.

“Throughout the 20th century in China, especially during the high socialist era, we find that these aesthetic qualities have a very close link to the political work that theatre pieces were trying to do,” Chun said, “like galvanizing revolutionary action or nation building.”

A faculty fellow in the Liu Institute for Asia and Asian Studies, Chun is also researching the concept of spectacle and excess in contemporary Chinese theatre — looking at blockbuster theatre pieces, how they work aesthetically, how they fare commercially, and what kinds of techniques they use to tell stories.

That project closely relates to one of the courses she is teaching this semester, Spectacular Asia.

“The class starts with the big question, ‘Why is it that when we in the U.S. see Asian countries in the news, the headlines are so often tinged with the spectacular?’” she said. “When we look to Asia, we tend to think of things like martial arts blockbusters, the 2008 Beijing Olympics opening ceremony, the spectacular skylines of Tokyo or Seoul, or huge K-pop concerts. In the class, we use what critical theorists have argued about how spectacle works in the world to look at different examples of it and also consider the politics of spectatorship.”

Chun, who completed a postdoctoral fellowship at the University of Michigan before joining Arts and Letters, is also teaching Introduction to Theatre this spring and has developed a new course on modern Chinese drama for the fall.

She is excited to be teaching in an interdisciplinary, liberal arts environment, she said, because it offers students a chance to develop empathy for people who have very different life experiences. For those pursuing careers in creative fields, that means an opportunity to create more meaningful art.

“There is a definite richness to work that comes when you infuse it with intellectual traditions, with deep thought, with a genuine desire to connect your experience and reflections to a constellation of the ways other people throughout history and across cultures have responded to the world.”

“There is a definite richness to work that comes when you infuse it with intellectual traditions, with deep thought, with a genuine desire to connect your experience and reflections to a constellation of the ways other people throughout history and across cultures have responded to the world,” she said. “By studying and experiencing those cultures, you absorb new perspectives from the work you encounter and from the people around you. And all of that informs the way you tell your story onstage or shoot your film or paint your painting.

“That kind of depth only comes from continuously challenging yourself intellectually and engaging with other people and their perspectives. And that’s what we do here.” 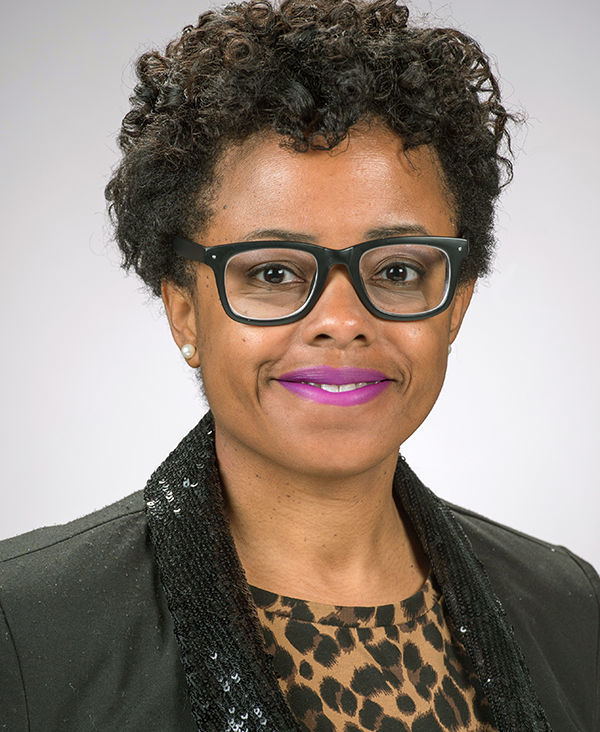 Forsgren, who received her Ph.D. from Northwestern University, recently published her first book, In Search of Our Warrior Mothers: Women Dramatists of the Black Arts Movement.

Many scholars of the movement, she said, have disregarded women’s contributions to writing, producing, and directing in the 1960s and 1970s.

For her second book project, tentatively titled Sistuhs in the Struggle: An Oral History of Black Arts Movement Theatre and Performance, Forsgren is traveling the U.S. conducting interviews with trailblazing women — including the first African American to hold a union card in lighting design and an 84-year-old who founded a theatre in the South during the 1960s.

The work, she said, is fulfilling both personally and professionally.

“I’ve always felt a personal desire to reclaim black women’s works and to remember and honor them,” she said. “I want to tell those stories and to tell them right. For so long, others have told the story of African American women and have represented us in ways that denied our humanity.

“It’s very important to be that voice, and I feel privileged to do it.”

“I’ve always felt a personal desire to reclaim black women’s works and to remember and honor them. I want to tell those stories and to tell them right. For so long, others have told the story of African American women and have represented us in ways that denied our humanity. It’s very important to be that voice, and I feel privileged to do it.”

Her research for both books began with a presentation she gave on the Black Arts Movement in avant-garde theatre while pursuing her master’s degree at Brigham Young University — and a question from an undergraduate student.

“One of the students who attended my section asked, ‘Well, you’ve mentioned these male playwrights, but what were women writing?’” she said. “And I didn’t have a good answer, but I said I would find out. I don’t remember that student’s name, but it was that question that solidified the work I’ve been doing since.”

More than a decade later, Forsgren said her students still propel her research. She sees her classroom as a dynamic, vibrant partnership between her and her students.

“I see it as more of a conversation between us, where I learn and grow just as they learn and grow,” Forsgren said. “And if I don’t have an answer to one of their questions, I’m ok with that. I will do the research and come back with an answer. I tell them all the time, ‘Ask a good question. You never know — you might be inspiring my third book!’”

Forsgren is currently teaching Performing Blackness: From Othello to Jay-Z and will be leading courses on theatre history and black musicals in theatre and film next year.

She comes to Notre Dame from Miami University in Ohio, and like Chun, she appreciates the University’s commitment to teaching and to social justice.

“I really felt a connection with the mission,” Forsgren said, “this idea that as human beings we are put on this earth to learn and to disseminate that knowledge, and to use our resources to make people’s lives better, to care about one another.

“Notre Dame allows me to be both a scholar and a teacher and to care about and excel in both. This is a space where I can not only survive, but thrive.”