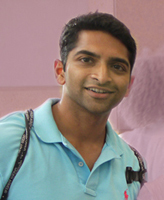 What is the role of religion in rapidly developing societies?

It is a hotly contested question among social scientists and theologians alike, with the prevailing view holding that global capitalism either makes religion irrelevant or produces a backlash of fundamentalism.

Brandon Vaidyanathan, a graduate student in Notre Dame’s Department of Sociology, is discovering a different reality as he focuses on the world of skilled professionals in multinational corporations in two rapidly globalizing cities—Bangalore, India, and Dubai, United Arab Emirates.

“We need to rethink the idea that it is only capitalism that affects religion—and to consider empirically how religion simultaneously shapes and is being shaped by global capitalism,” says Vaidyanathan, a research fellow in the University’s Kellogg Institute for International Studies.

A Mix of Cultures 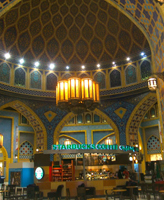 What sparked Vaidyanathan’s dissertation was his longstanding desire to make better sense of some important similarities and contradictions in two regions where he spent much of his early life—India and the Arabian Gulf.

An Indian citizen, Vaidyanathan was raised in Oman, where his parents, an engineer and a physician, worked. With occasional trips to India, as well as a full year there as a teenager, and high school in Dubai, he grew up in a mix of cultures. He negotiated a third when he moved to Canada to earn a BBA and then an MSc in business administration.

“While in business school, I became increasingly fascinated with broader questions on the relationship between economics, culture, and religion,” Vaidyanathan says. “Earning a Ph.D. in sociology seemed the way to bring all these threads together.”

An Empirical Study in Two Cities

Vaidyanathan’s dissertation, “Secularization in the East?: Capitalism and Catholicism in Bangalore and Dubai,” focuses on skilled Catholic professionals working in multinational corporations in two very different but exponentially developing cities: Bangalore and Dubai.

For a study of this scope, Vaidyanathan’s fieldwork was critical—and his adviser, Christian Smith, the William R. Kenan Jr. Professor of Sociology and director of Notre Dame’s Center for Social Research, calls it “ambitious and promising.” 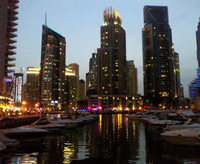 Vaidyanathan observed his subjects over twelve months in both religious and secular settings and held more than 200 interviews—with professionals he categorizes as either “the devout,” or “the disengaged,” as well as with non-Catholic corporate professionals, pastors, Vatican officials, academics, counselors, and journalists.

While he found several differences between cities in the professionals’ religious and civic lives, Vaidyanathan also found that, for many, a deep attachment to religion helps tremendously in success at work and in dealing with the work world’s intense pressures.

“There are enormous pressures and challenges that come with new forms of capitalism in emerging markets,” he explains.

“They often take a severe toll on people’s lives—for instance, the inability to trust people in intensely competitive workplaces and the often painfully difficult challenge of balancing commitments to tradition, family, or community in the turbulent global economy.”

A Push and Pull Between Religion and Corporate Culture

For the Catholic professionals he studied, religious life was key to negotiating these pressures. 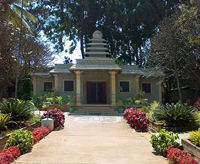 “Church groups cultivate various transferable skills and capacities, from training in Power Point and Excel to promoting such ‘soft skills’ as teamwork, punctuality, and etiquette,” Vaidyanathan says. “This spills over into members’ work lives and contributes to their professional success. Church networks also help members find employment and mentors.”

Additionally, he found, many professionals see their churches as a refuge—one with meaningful relationships, a sense of community and belonging, and alternative goals that transcend societal ideals to pursue wealth, power, status, and pleasure.

Yet, because the religious life of the professionals pushes back in many ways on their day-to-day corporate culture and the consumerism it often extols, religion’s support of the corporate world is “muted.”

“The church groups that these professionals attend, which are predominantly shaped by the Catholic Charismatic Renewal, also prescribe alternative ideals based on powerful emotional experiences of God and strict moral prescriptions for ‘discipleship,’” he says.

“These lead some professionals to isolate themselves socially from their coworkers in order to safeguard themselves, which then reinforces their need for religious refuge. Others even pass up promotions or job transfers to maintain commitments to their church communities.”

While Vaidyanathan’s dissertation focuses on two cities, it has important implications for the ongoing debate on the relationship between religion and development.

“Some scholars think it is self-evident that development, wealth, and success will weaken religion,” says Smith.

“While that may be true under certain conditions, Brandon is able to show that in certain contexts it does precisely the opposite. The empirical reality on the ground is so much more complex than the dominant one-directional theories have been able to explain.”

In fall 2013, Vaidyanathan will begin a postdoctoral position at Rice University, where he will continue to delve into questions of religion and culture around the world. Working with sociologist Elaine Howard Ecklund, he will embark on a global study of how scientists in eight nations understand religion and ethics.