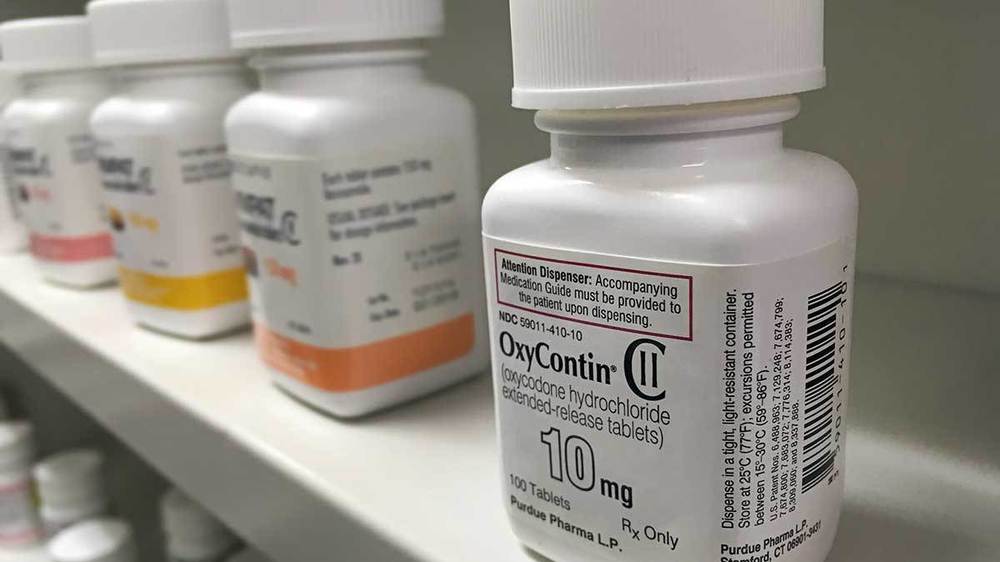 Nearly 500,000 people in the U.S. during the past 20 years have died from an opioid overdose. Millions of others — many of them parents — are using, incarcerated, or in drug rehabilitation programs. While the drug crisis has had profound impacts on adults, there has been relatively little research into its effects on the children of drug users. A recent study by University of Notre Dame economists Kasey Buckles, William Evans, and Ethan Lieber is one of the first to examine these impacts.

In their study, released by the National Bureau of Economic Research, the professors — all affiliated with Notre Dame’s Wilson Sheehan Lab for Economic Opportunities (LEO) — show that greater exposure to the opioid crisis increases the chance that a child’s mother or father is absent from the household and increases the likelihood that he or she lives in a household headed by a grandparent. The authors estimate that in 2015, 1.5 million children (up to 16 years old) were living apart from at least one biological parent, 300,000 were living away from both parents, and roughly half a million were living in a household headed by a grandparent as a result of the crisis.

“These are staggering numbers,” said Buckles, associate professor of economics. “We know that millions of adults have been affected by the crisis; our study shows that it is likely to have huge impacts on the next generation as well.”

The authors examined the changes in the living arrangements of children over time and across states using government data from the Annual Social and Economic Supplement (ASEC) section of the Current Population Survey (CPS), a nationally representative survey of about 60,000 households conducted each month. They paired that with estimates of children’s exposure to the crisis that are constructed from the Multiple Cause of Death Data, an annual census of death records in the U.S.

Cohorts that are more recent have much greater exposure to the crisis at every age. By age 16, those born in 1998 have experienced about three times more deaths among likely parents than those experienced by the 1978 birth cohort. States such as Ohio and West Virginia are epicenters of the drug crisis and the death rates of likely parents for 10-year-olds increased in these two states by 691 and 1,436 percent respectively between 1990 and 2015. The increase was more modest in states such as California and Illinois.

The authors also document that the advertising practices of Purdue Pharma, makers of OxyContin (a drug at the center of the opioid crisis), were pivotal in fostering these devastating consequences. Documents released during the discovery process in court cases against Purdue Pharma note that the drug maker avoided advertising in states with triplicate prescription pads. These programs required prescribers to use a special, serialized pad to prescribe a Schedule II opioid such as OxyContin, with the prescriber, pharmacist, and the state each retaining a copy. Triplicate pads allowed states to more easily monitor the prescribing practices of physicians. The pre-launch adverting plans for OxyContin noted that Purdue Pharma felt there was little market for OxyContin in triplicate states and hence, they did not plan to advertise as aggressively in those areas. Prior to the launch of OxyContin in 1996, triplicate states actually had higher drug death rates than non-triplicate states. After 1996, drug deaths increased much more dramatically in non-triplicate states where Purdue Pharma advertised OxyContin more aggressively. The authors’ research shows that a 16-year-old in a non-triplicate state after 2012 was exposed to a cumulative death rate of likely parents that was twice the rate of a 16-year-old in a triplicate state.

The long-term effects of family separation are, as previous studies have shown, psychologically devastating. Buckles, Evans, and Lieber show that the economic consequences of the drug crisis are also significant for children. Their estimates suggest that, because of the drug crisis, almost 700,000 more children are living in poverty, 785,000 are participating in the Supplemental Nutrition Assistance Program (“food stamps”), and 340,000 are without health insurance.

Specific effects for the nearly half a million children living in a household headed by a grandparent will depend on the extent to which grandparents are able to provide resources and support. Little research attention has been given to the causal impact of living with a grandparent on children’s well-being.

Drawing on these and other studies, the authors “conclude that the existing evidence suggests that there will likely be a great number of children whose outcomes are worsened by this crisis.”