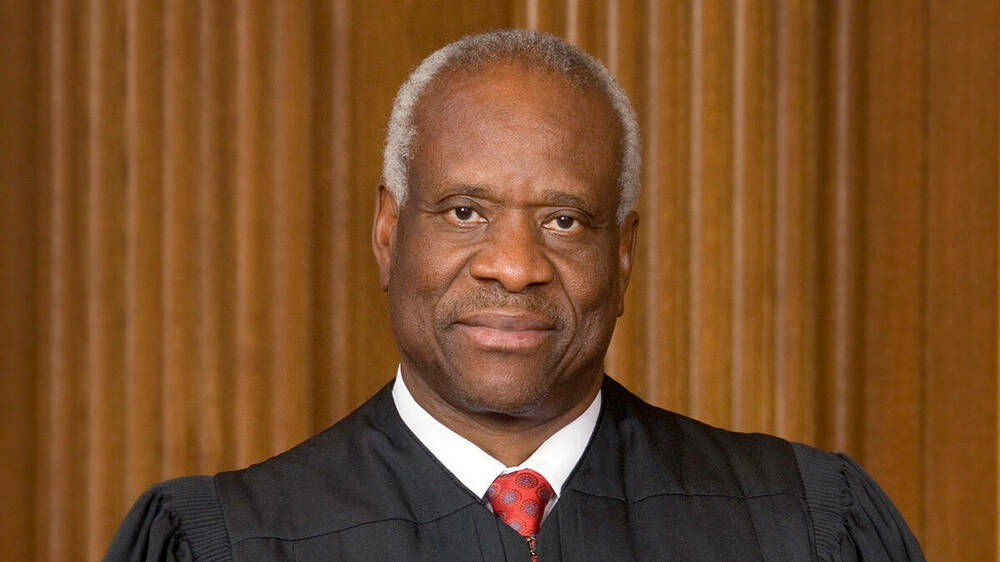 U.S. Supreme Court Associate Justice Clarence Thomas will deliver the 2021 Tocqueville Lecture for the Center for Citizenship and Constitutional Government at 3:30 p.m. Sept. 16. The lecture will be delivered to a public and campus audience, including Notre Dame students, faculty and staff, in the Leighton Concert Hall of the DeBartolo Performing Arts Center. Tickets for limited public seating are free and available one hour prior to the event. The queue for tickets will be accommodated no more than two hours before the event.

“I’m delighted to bring Justice Thomas to Notre Dame. Whether you agree or disagree with his jurisprudence, he is the Supreme Court’s most independent and original thinker,” said Vincent Phillip Muñoz, the Tocqueville Associate Professor of Political Science and concurrent associate professor of law at Notre Dame. “And I am delighted that Notre Dame students will have the chance to engage him in the classroom, to learn from and question one of the nation’s most important office holders.”

As part of his visit, Thomas will co-teach a one-credit undergraduate course with Muñoz, who is also the founding director of the Center for Citizenship and Constitutional Government. The course will explore both Thomas’ jurisprudence and his journey to the Supreme Court. Course readings, which will include some of the justice’s most important Supreme Court opinions and his autobiography, “My Grandfather’s Son,” will allow students to address leading themes in American politics and law, including  matters of race, class, gender and religious freedom.

Launched in 2021, the Center for Citizenship and Constitutional Government seeks to cultivate thoughtful and educated citizens by supporting scholarship and education concerning the ideas and institutions of constitutional government. The Tocqueville Lecture, the center’s most distinguished lecture, brings to Notre Dame individuals distinguished by their contributions to the American regime. Past lecturers  include Professor Robert George of Princeton University in 2018 and Most Rev. Charles Chaput, O.F.M. Cap., archbishop of Philadelphia, in 2016.

Thomas received a Bachelor of Arts degree, cum laude, from College of the Holy Cross in 1971 and a J.D. from Yale Law School in 1974. He served as an assistant attorney general of Missouri from 1974 to 1977, an attorney with Monsanto Co. from 1977 to 1979 and legislative assistant to Sen. John Danforth from 1979 to 1981. He served as assistant secretary for civil rights in the U.S. Department of Education from 1981 to 1982 and as chairman of the U.S. Equal Employment Opportunity Commission from 1982 to 1990. From 1990 to 1991, he served as a judge on the U.S. Court of Appeals for the District of Columbia Circuit. President George H.W. Bush nominated him as an associate justice of the Supreme Court and he took his seat Oct. 23, 1991.