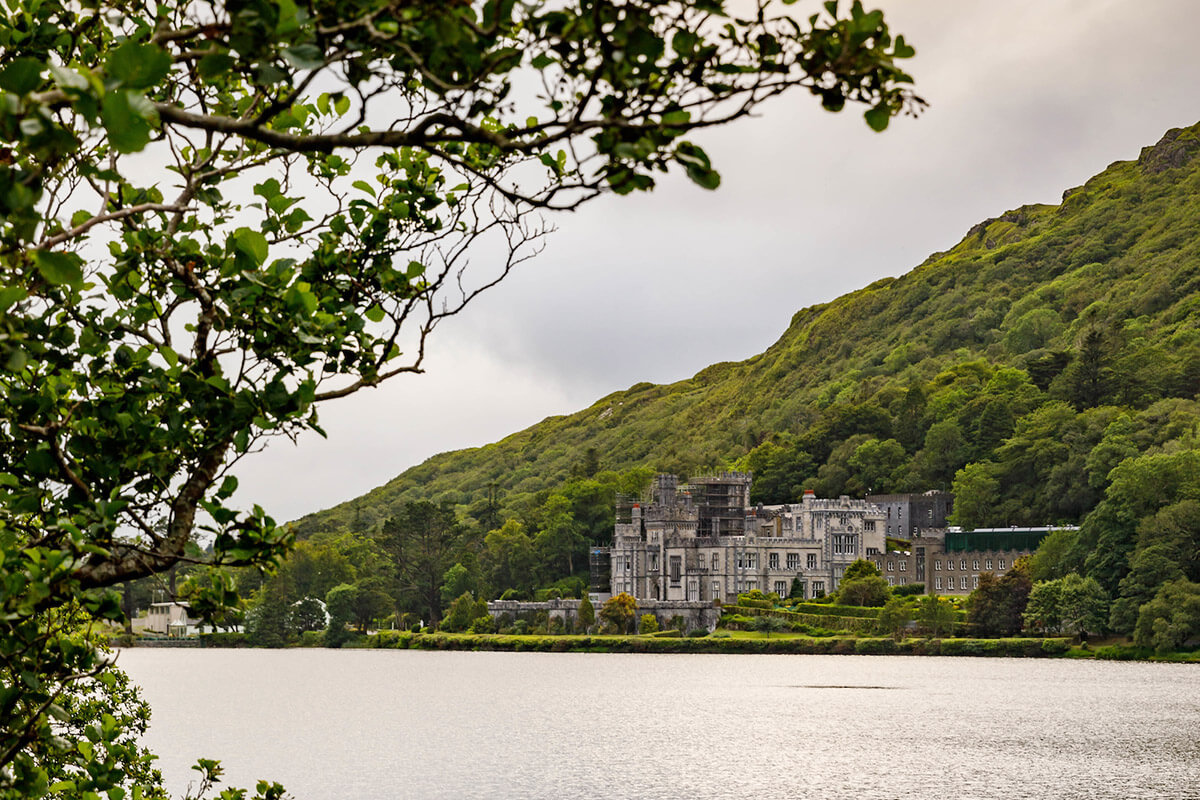 The Kylemore Abbey in Galway, Ireland.

They wrote poetry in Dublin coffee shops over plates of scones and artfully embellished cappuccinos — the curl of steam and lilt of Irish conversation rising and fading in the background.

They wrote prose on the grassy shores of Lough Pollaacapull, where the towers and crenellations of Kylemore Abbey reflect in the waters below.

They wrote in the Abbey’s common room into the wee hours of the morning, reading occasional passages to each other and offering words of encouragement while gentle rain fell on the green hills outside.

And everywhere, the 16 students in Notre Dame’s first Creative Writing Workshop in Ireland found inspiration — in the landscape, in the country’s literary history, and in each other. 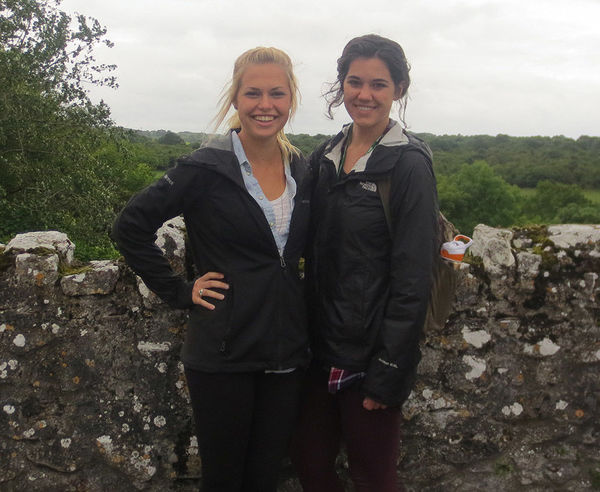 “Just being in this beautiful setting really expands your horizons and allows you to draw inspiration from every direction around you,” said junior Claire Turgeon, who participated in the 2016 workshop. “I was born and raised in the Midwest, so being abroad was uncharted geographical territory, and I think that led to uncharted mental territory.”

In addition to daily creative writing classes, it features literary events with guest lecturers and a variety of excursions to explore the two locations and trace the paths of some of the country’s most famous authors —W.B. Yeats, James Joyce, and Oscar Wilde.

“The program allows students to experience a culture where literature is so appreciated — where it is so central to the way people think of themselves and the identity of Ireland,” she said. “That is such a gift to a young writer. It’s exhilarating and affirming to be in a place where writing is taken so seriously — and so irreverently at the same time.”

Sayers led the workshop last year with Professor Joyelle McSweeney, director of the Creative Writing Program. In July, Sayers returned to co-teach this year’s cohort of 16 undergraduates with Ailbhe Darcy, a poet and alumna of the Ph.D. program in English. McSweeney plans to return in summer 2018. 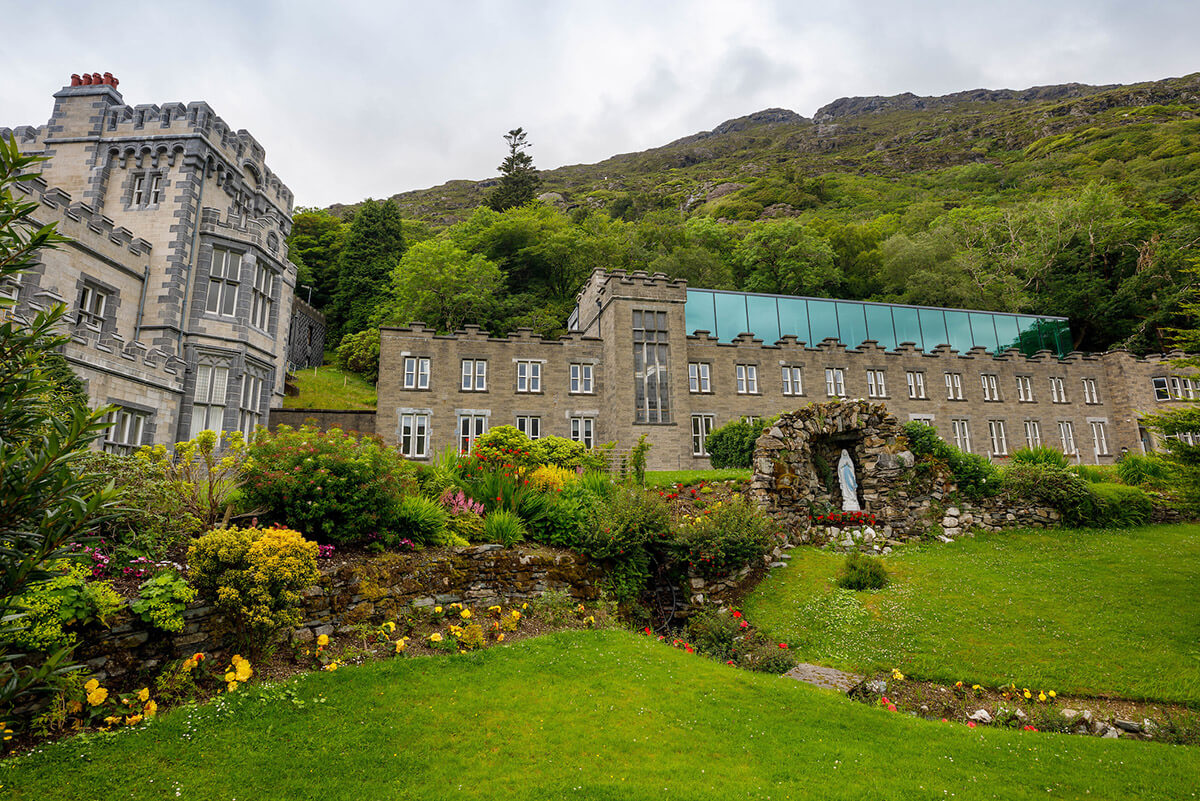 Notre Dame's Kylemore Abbey Global Center is located in the St. Joseph’s Hall building, which is adjacent to the main Abbey.

For Turgeon, an English and Arts and Letters pre-health major, the program was an ideal blend of opportunities to appreciate a new culture and hone her craft.

“It was amazing. We took walking tours, went to museums, talked with the visiting authors, and saw a play at Dublin’s famous Abbey Theatre,” she said. “But we also had three weeks just dedicated to writing, and I’ve never had that length of time before.”

Kaitlin Scherzinger, a junior with a major in English and a minor in business economics, agreed. During the 2016 program, she was able to write more than 40,000 words of a novel she has since completed. 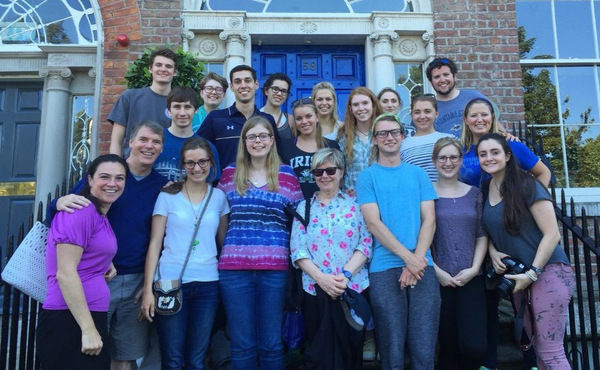 The 2016 cohort of Notre Dame creative writing students on the day they arrived in Dublin.

“There is nothing like being surrounded by writers to make you productive,” Scherzinger said. “Any writer will tell you that it’s hard to sit down and look at a blank page and start putting words on it. But if you’re sitting with six other writers who are all working on projects, it is so conducive to creativity and productivity.”

Both Scherzinger and Turgeon appreciated the encouragement and accessibility of the faculty members as well.

“My favorite part was definitely the support from the faculty,” Scherzinger said. “They gave us such great feedback. Joyelle really helped me work out the dynamics between the main character and her mother in my book, and I don’t think I could have finished it without her help.”

This year, the program added a week on campus before students left for Ireland — a change that Sayers said gave students even more time to write, collaborate, and explore once they arrived.

The week, she said, allowed students to complete most of the readings ahead of time and gain a little more background in Irish literature, including the work of this year’s guest authors, Seamus Deane and Niall Williams.

“It is fantastic to expose the students to such a nice balance of different types of writers,” Sayers said. “And it’s a wonderful lesson for them in finding a voice that is authentic and perhaps goes beyond what they thought was the kind of writing they would be best suited to do.”

Watching her students’ writing grow and evolve over the course of just three weeks was one of the most rewarding parts of the workshop for Sayers.

“Their approach to their work really deepened, and they became much more thoughtful and intentional about the kind of writing they want to produce,” she said. “They were so inspired by our guest authors and by each other. It’s rare to have that kind of interaction.” 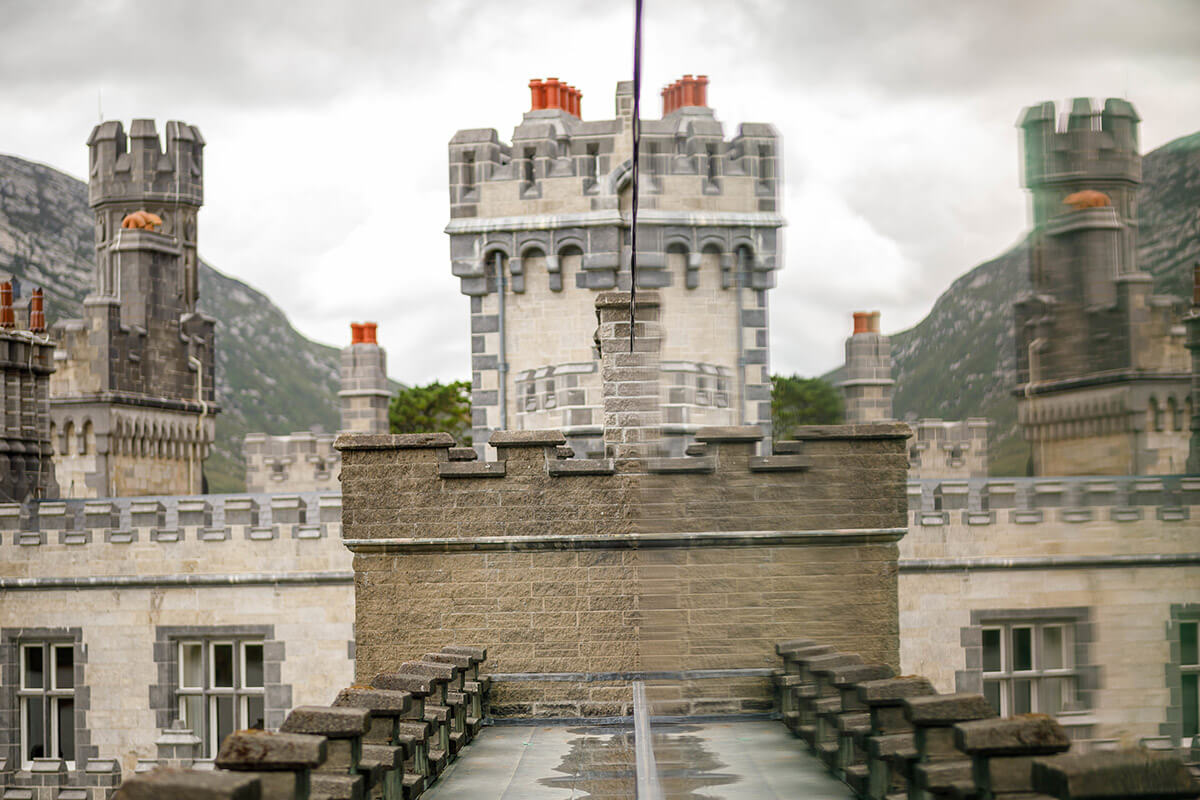 Kylemore Abbey, a Benedictine monastery, was founded in 1920 by nuns fleeing Belgium during World War I.