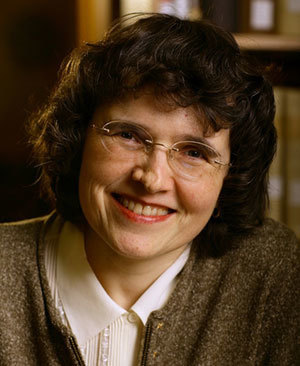 Two faculty members from Notre Dame’s College of Arts and Letters have won 2016 fellowships from the American Council of Learned Societies.

Kathryn Kerby-Fulton, the Notre Dame Professor of English, will pursue a book project that explores the notes that medieval readers made in the margins of historic texts and books in order to rediscover sophisticated early reading practices for understanding the self.

Christopher Ball, an assistant professor of anthropology, will spend time with an indigenous tribe in Brazil studying local history and culture through connections between language and nearby rivers.

The ACLS, the pre-eminent representative of American scholarship in the humanities and social sciences, conferred just 69 fellowships from a pool of more than 1,100 applicants.

Kerby-Fulton said the awards, which provide funding for up to one year for research in the humanities or social sciences, are invaluable for helping large-scale projects become reality. 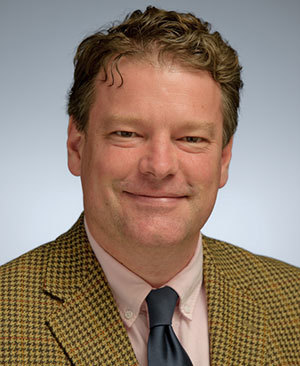 “The only time that any of us can get away and write a long book is when you have that kind of sustained time,” Kerby-Fulton said. “It’s a great gift and an honor.”

“The ACLS is such a great fellowship because it represents the professional organizations of scholars throughout the humanities and social sciences,” Ball said. “I feel honored to be chosen to represent one of the many different points of view across the human sciences.”

Stories in the Margins

While such a practice is discouraged in shared books today, medieval readers often made notes in the margins of texts—which proved invaluable for others who struggled with some of the concepts or references.

Now, Kerby-Fulton mines those notes for clues about how people of the time read and understood the texts.

“Today when you borrow a library book, you’re not supposed to mark it up, but in the Middle Ages, marking up a text was seen as a public duty,” Kerby-Fulton said. “You get layers and layers of response.”

The Middle Ages is one of the most candid of literary periods on this subject. Endlessly analyzing the self with forensic accuracy (and with remarkable parallels to modern mapping of the brain), medieval writers and annotators probed the inner workings of the mind via classical, Arabic and biblical models.

Kerby-Fulton, whose project is tentatively titled Medieval Interiorities and Modern Readers: Recovering Medieval Reading Practices for Understanding the Self, is especially interested in texts that analyze the self, such as St. Augustine’s Confessions, which outlines the internal struggle of a saint before and after his conversion to Christianity.

“These writings were all different methods for understanding the self and understanding how the mind works to solve during meditation, contemplation, and spiritual experiences, including dreams and visions,” Kerby-Fulton said.

Stories in the Rainforest

Ball, a linguistic and cultural anthropologist, will spend time next year on and around the Xingu River in northern Brazil with the Wauja, an indigenous tribe that lives in a protected part of the rainforest.

Ball is one of fewer than 400 people who speak the Wauja language. He is interested in documenting the stories, in their native tongue, that are most important to the tribe’s history and culture.

His project, “Language and Riverscape in Indigenous Brazil: Mapping Cosmology and Politics of Place,” will involve working with older tribal members to map the important spiritual and historical places along the Xingu River while collaborating with Wauja youth to take photographs and record audio and video of the stories associated with those places.

“Talking about the river is important on a number of levels, in terms of the practicalities—such as fishing as a means of sustaining life—to where their ancestors lived, to what kind of beings and non-human spirits they believe inhabit the river,” he said. “People want to talk about and explore the spiritual importance of the river.”

The final product of his work will include an interactive map in which tribal members can access the videos, audio recordings, and photos, preserving the Wauja culture and history.

“It’s something they can use in the community to engage in the stories,” Ball said. “They can access these stories years from now after the storytellers have passed away.”