University of Notre Dame President John I. Jenkins, C.S.C., and faculty members Scott P. Mainwaring and R. Scott Appleby have been elected members of the 2010 class of the American Academy of Arts and Sciences (AAAS). They will be formally inducted at an October 9, 2010, ceremony at the Academy’s headquarters in Cambridge, Mass.

Since its founding during the American Revolution by John Adams, James Bowdoin, John Hancock, and other scholar-patriots, the academy has elected leading “thinkers and doers” from each generation, including George Washington and Benjamin Franklin in the 18th century, Daniel Webster and Ralph Waldo Emerson in the 19th, and Albert Einstein and Winston Churchill in the 20th.

The 2010 class includes 229 leaders in the sciences, the humanities and the arts, business, public affairs, and the nonprofit sector. The current membership of the academy includes more than 250 Nobel laureates and more than 60 Pulitzer Prize winners.

The election of Father Jenkins, Mainwaring, and Appleby brings to 21 the number of Notre Dame faculty members elected to the AAAS. 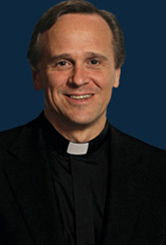 Father Jenkins became Notre Dame’s 17th president in 2005, after previously serving as vice president and associate provost. He has articulated a vision for the University that focuses on it becoming a pre-eminent research institution while maintaining its distinctive Catholic character and long-time excellence in undergraduate education.

A member of the Notre Dame faculty since 1990 and the recipient of a Lilly Teaching Fellowship in 1991-92, Father Jenkins teaches in the areas of ancient philosophy, medieval philosophy, and the philosophy of religion. He is the author of Knowledge and Faith in Thomas Aquinas, published by Cambridge University Press in 1997, and has had scholarly articles published in The Journal of Philosophy, Medieval Philosophy and Theology, and the Journal of Religious Ethics. He delivered the annual Aquinas Lecture at the University of Dallas in January 2000.

Father Jenkins holds two degrees in philosophy from Oxford University, where he earned his B.Phil. in 1987 and his D.Phil. in 1989. He earned his master of divinity degree and licentiate in sacred theology from the Jesuit School of Theology at Berkeley in 1988. Prior to joining the Congregation of Holy Cross, he earned bachelor’s and master’s degrees in philosophy from Notre Dame in 1976 and 1978, respectively. 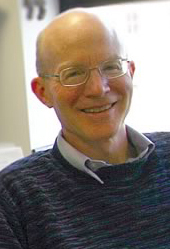 Mainwaring, who joined the Notre Dame faculty in 1983, earned bachelor’s and master’s degrees from Yale University and a doctorate from Stanford University.

Appleby is a professor of history and John M. Regan Jr. Director of the Kroc Institute for International Peace Studies. 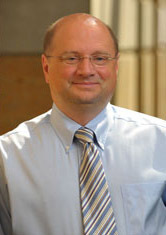 Appleby examines the roots of religious violence and the potential of religious peace building. From 1988 to 1993, he was co-director of the Fundamentalism Project, an international public policy study conducted by the AAAS.

Appleby is the author of The Ambivalence of the Sacred: Religion, Violence and Reconciliation (2000) and editor of Spokesmen for the Despised: Fundamentalist Leaders of the Middle East (1997). He co-edited the five-volume Fundamentalism Project with the noted religious scholar Martin E. Marty.

Appleby also is the author of Church and Age Unite! The Modernist Impulse in American Catholicism (1992), co-editor of Being Right: Conservative Catholics in America (1995), and co-author of Transforming Parish Ministry: The Changing Roles of Clergy, Laity, and Women Religious (1989).

A member of the Notre Dame faculty since 1994, he has been a fellow of the Kroc Institute since 1996 and its director since 2000. He was graduated from the University in 1978 and holds master’s and doctoral degrees from the University of Chicago. Before returning to Notre Dame, he chaired the religious studies department of St. Xavier College in Chicago from 1985 to 1987.