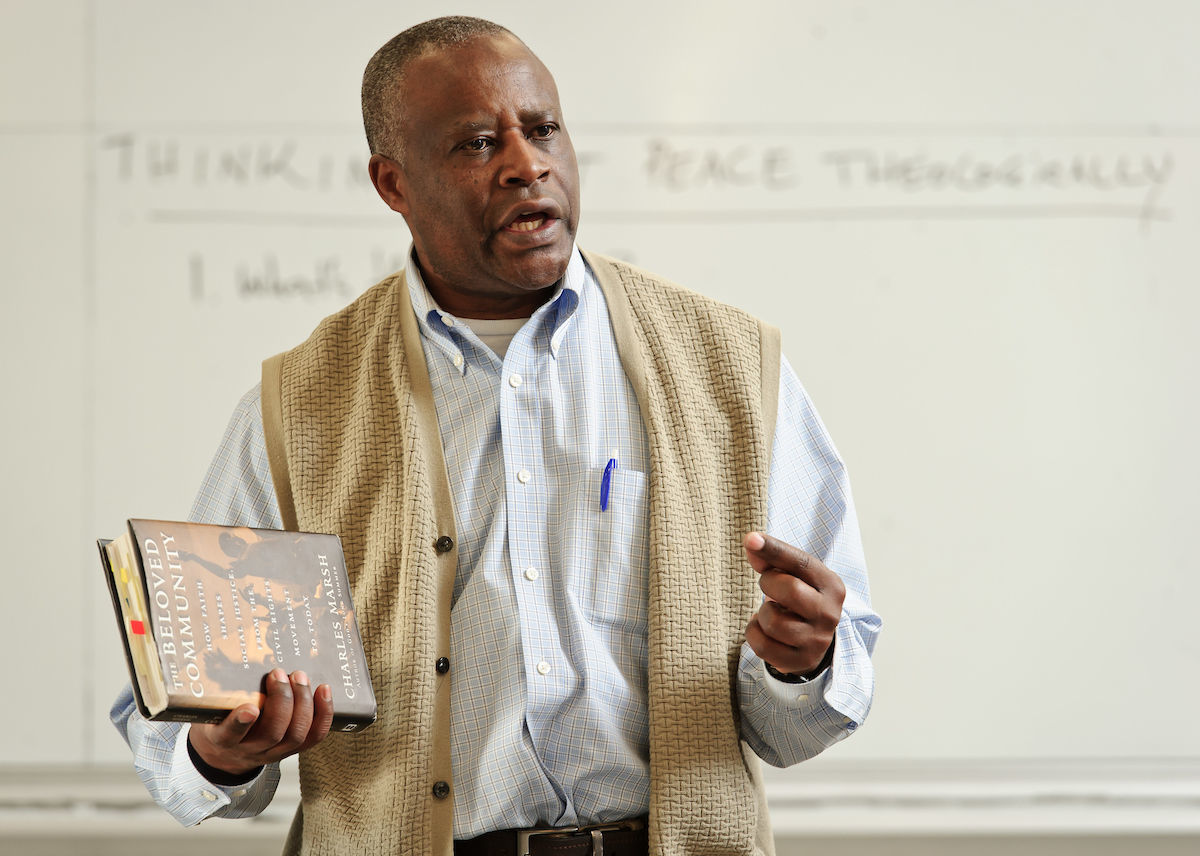 Katongole was selected as a Henry Luce III Fellow in Theology for 2017–2018, one of six scholars selected from members of the Association of Theological Schools in the United States and Canada.

Katongole will begin a yearlong study in January aimed at looking at ethnic, religious, and ecological violence in African countries south of the Sahara.

“What is particularly exciting about this project is I'm studying these three types of violence together, and I'm making the argument that they are all connected,” he said. “We are not talking about three forms of violence. We're talking three manifestations of the same type of violence that is part of the crisis of belonging in modern Africa.” 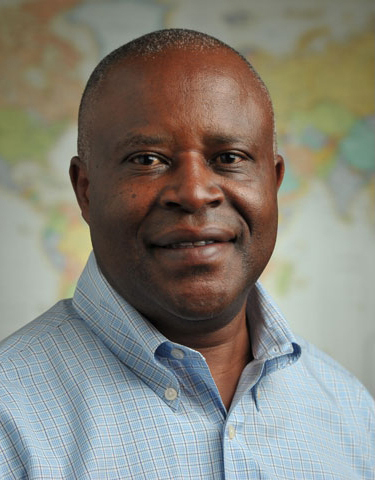 Katongole, a Catholic priest from Uganda, said the book project — “Who Are My People?” — is close to his heart because he’s eager to research the role Christianity plays in the violence.

He’s hoping to find examples of ways to peace, such as that of Rev. Bernard Kinvi, a 32-year-old missionary in the Central African Republic, who opened the doors to his Catholic church as a place of refuge for more than a thousand Muslims fleeing brutal sectarian violence. Katongole calls the act an example of “excess of love.”

“If I can trace this excess of love in these communities, what I would like to do is display it and show it as an invitation into which everyone is called,” he said. “That is an example of how one makes peace in the midst of violence.”

Katongole has two other books set to be released this year. Born from Lament, coming out this month, is a follow-up to his 2010 book, The Sacrifice of Africa, in which he wrote about initiatives to reduce violence. Born from Lament looks at people who are using faith to try to stop violence in Africa.

“How is it that they are able to transform suffering into hope? It is a theological research into hope,” he said. “The intersection of hope and lament is actually key to Christian theology.”

The Journey of Reconciliation, set to be released in September, is a collection of essays in which Katongole argues that reconciliation is not merely a process.

Katongole came to Notre Dame in January 2013 after 12 years at Duke University, where he was founding co-director of the Divinity School’s Center for Reconciliation.

But at Notre Dame, Katongole has found his home. Being at a Catholic university where he can work with other scholars in the Department of Theology and the Kroc Institute for International Peace Studies is the perfect opportunity, he said.

“Peace is a theological concept,” Katongole said. “God is peace. But what does that mean in the context of so much violence, suffering, and the refugee crisis? I felt I could make a distinctive contribution to that conversation by adding a theological voice.”

“Peace is a theological concept. God is peace. But what does that mean in the context of so much violence, suffering, and the refugee crisis? I felt I could make a distinctive contribution to that conversation by adding a theological voice.”