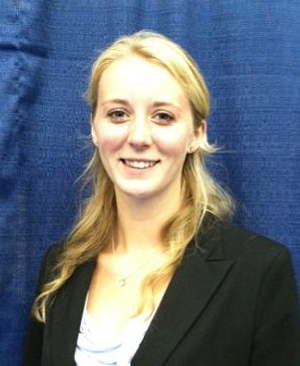 With her Notre Dame sociology degree in hand, Sarah Hart ’15 is headed for the business world.

When she starts work as a project manager at Epic, a software development company in the health care industry, her major has her set to succeed in a corporate environment.

“It’s definitely given me a wide range of skills that can be applied to almost anything,” Hart said. “Critical thinking, delving deep into a problem and finding a solution, interacting with people, communicating your thoughts and ideas—those are transferable skills you can use in absolutely any workplace.”

The curriculum Notre Dame sociology majors go through prepares them well for careers in business, said Ann Marie Power, director of undergraduate studies for the Department of Sociology.

“Sociology majors all know how to read the social world in a disciplined, thoughtful way,” she said. “This should make them more effective than the average person in dealing with social issues, such as diversity, culture, or globalization.” 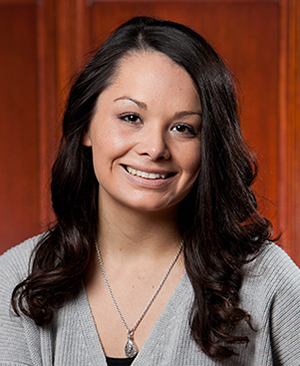 Marissa Rivera ’15 came to Notre Dame planning to major in business, but an Introduction to Social Problems course in her first year piqued her interest in sociology.

Majoring in both sociology and accountancy, Rivera said, broadened her perspective and widened her horizons.

“I have more social awareness when I look at business problems, which perhaps not everyone who studies business has,” she said. “Having studied both areas makes me better at assessing situations in general, because I think of business and society at the same time.”

That perspective paid off for Rivera when she worked at Quicken Loans in Detroit last summer. As part of the internship, students were tasked with working together to brainstorm new ideas for the business.

“We came up with the idea that Quicken could offer financial literacy courses for lower-income individuals,” Rivera said. “I was really on board with the idea. Through my sociology major, I’ve learned about the struggles people of lower socioeconomic status face; they have less social and cultural capital to help them in certain situations.”

Rivera, who wrote her senior thesis on media coverage of athletes involved in incidents of domestic violence, plans to eventually attend law school and believes her sociology major will be an asset there as well.

“I chose the sociology major partly because I’m not exactly sure what kind of law I want to do,” she said. “I felt that if I wanted to go into business law or if I wanted to do something related to people, I would have an edge.

“Law school requires a lot of reading and writing, and in sociology, all of my coursework is reading, writing, and then talking about it in class. Having the experience of writing a senior thesis also shows that I’m capable of doing the research.”

Like Rivera, Hart said her research experience in sociology was a key factor in her personal development. At Notre Dame, she spent two years working on the National Study of Youth and Religion research project led by Christian Smith, the William R. Kenan Jr. Professor of Sociology and director of the Center for the Study of Religion and Society.

“I did everything from interviews to transcribing to finding participants,” she said. “Even though I hadn’t been on the project from start to finish, I could see the whole process of what they had been doing over the course of the 10-year study.

“It was really cool because I was right there at the end when we were doing the last wave of work. It was exciting to see the end result that people had worked so long to get, and that’s when I became interested in project management.”

Hart, who also completed a minor in business economics, encourages other students to explore their options and get hands-on experience through research and internships.

“Finding a way to try out different possibilities is important—whether it’s through an internship, shadowing people, or talking with people,” she said. “Don’t rule anything out.”

The summer after her junior year, Hart completed a project management internship with National Grid, a utilities company in Boston.

“Going into this corporate setting for the first time, I had no idea how to interact with people,” she said. “Having a sociology background gave me the tools to pick up on cues from different people and groups. I understood the group dynamics with my boss and my peers better than I would have otherwise.”

Building a career in the business world, Power said, is just one of the diverse paths open to sociology majors.

“With a strong foundation in the liberal arts and the ability to understand society and the mechanisms within it,” she said, “sociology majors will excel regardless of where they wind up.”