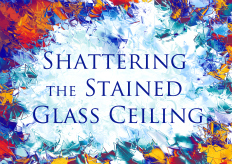 The tensions inherent in being at once Catholic and American have been palpable and familiar features in the life of the University of Notre Dame from sporadic outbreaks of fisticuffs on campus in the years preceding the Civil War to the controversy which swirled about the 2009 Commencement ceremony at which President Obama received an honorary degree.

Such tensions certainly roiled national and religious life half a century ago when John F. Kennedy ran for the presidency. According to contemporaneous opinion polls, nearly a quarter of the nation’s citizens declared themselves unwilling to vote for a Catholic. In winning the 1960 election, it has been said, President Kennedy shattered a “stained glass ceiling,” and the Americans today seem less suspicious of politicians who profess communion with the Catholic Church.

Nevertheless, as even a cursory consideration of current events makes plain, this is a good time for a discussion of what can be learned from Kennedy’s historic election victory, and of what it might reveal about the ongoing controversial role of religious belief in political disputes fifty years hence.

Accordingly, along with the athletic entertainment provided by the Notre Dame-Army football game weekend in New York, the University of Notre Dame’s Rooney Center for the Study of American Democracy and its College of Arts and Letters will host a roundtable discussion, titled Shattering the Stained Glass Ceiling: Fifty Years After the Election of America’s First Catholic President, Friday, November 19, in the Sheraton New York Hotel and Towers.

In addition to Campbell’s Notre Dame colleague John McGreevy, I.A. O’Shaughnessy Dean of Notre Dame’s College of Arts and Letters and author of Catholicism and American Freedom, the roundtable panel will include:

“Marking the fiftieth anniversary of the election of John F. Kennedy, America’s first Catholic president, provides an opportunity to reflect on a historic turning point for all of America, Catholics and non-Catholics alike,” Campbell says. “The Rooney Center is fortunate to be able to host such a distinguished group of panelists to discuss the significance of Kennedy’s election. The discussion is all the more timely, given that we have recently been reminded that other religious groups face the same ‘stained glass ceiling’ as Catholics once did.” 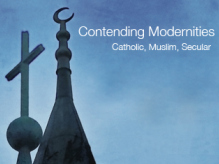 The participants in two other Notre Dame-sponsored public discussions at the Sheraton New York Hotel and Towers are certainly mindful of the obstacles negotiated by the religiously observant. Both events are part of the University’s inauguration of an extensive new research project called Contending Modernities: Catholic, Muslim, Secular.

At 4 p.m. on Thursday, November 18, Rev. John I. Jenkins, C.S.C., president of the University of Notre Dame, will introduce the keynote speakers for the first event: Shaykh Ali Gomaa, Grand Mufti of Egypt; Jane Dammen McAuliffe, president of Bryn Mawr College and past president of the American Academy of Religion; and John T. McGreevy, professor of history and I.A. O’Shaughnessy Dean of the College of Arts and Letters at Notre Dame.

A panel discussion, entitled “Women, Family, and Society in Islam and Catholicism” will be held at 10 a.m. on Friday, November 19. It includes Ingrid Mattson, past president of the Islamic Society of North America; M. Cathleen Kaveny, John P. Murphy Foundation Professor of Law and professor of theology at Notre Dame; Shahla Haeri, associate professor of cultural anthropology and director of women’s studies at Boston University; and Jacqueline Moturi Ogega, director of the Women’s Mobilization Program at Religions for Peace.

Contending Modernities: Catholic, Muslim, Secular, is sponsored by Notre Dame’s Kroc Institute for International Peace Studies. It will be ongoing for several years, and, according to institute director and Notre Dame Professor of History Scott Appleby, will involve numerous Catholic, Muslim, and secular scholars and public intellectuals in an attempt to understand and fruitfully influence the interaction of religious and secular believers and institutions. He hopes that the project will eventually engage participants from all the major world religions.

“The problem of religious violence and tensions among religions and between the religious and secular forces are more sharply defined than ever,” Appleby says. “Our vision with this research project is to harness the power of ideas to chart a way forward across religious and secular divides to address the greatest challenges of the 21st century.”

Whether hazards loom or opportunities beckon in the negotiation of those religious and secular divides, they comprise familiar terrain for the Notre Dame family.