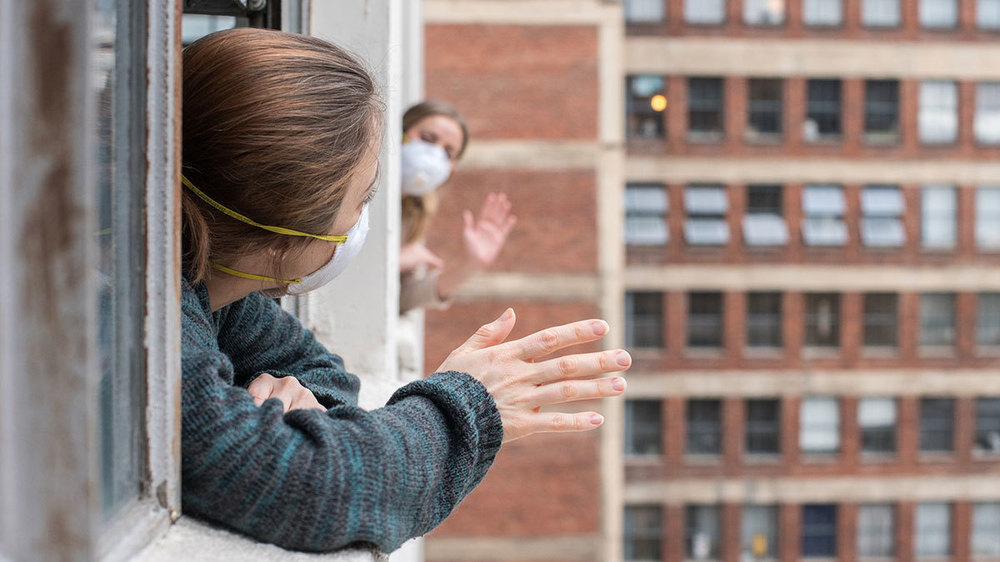 The coronavirus forced billions of people worldwide to shelter at home and it is still affecting how people navigate the outside world. To get a clearer picture of people’s mobility in the U.S. during the lockdown period, William Evans and Christopher Cronin, economics researchers at the University of Notre Dame, gathered and analyzed all U.S. coronavirus-related state and local orders (e.g., public school closings, stay-at-home orders, etc.) and compared them with geolocation data collected across 40 million cellular devices that have opted-in to location sharing services. In their study, now available as a National Bureau of Economic Research working paper, the researchers demonstrate that self-regulation was the primary factor in the mobility slowdown under the lockdown.

“State and local restrictions on mobility have been the chief regulatory intervention designed to reduce the spread of the disease. They have also been the focal point of anger for a lot of individuals who have been penalized by the recession,” said Cronin, an assistant professor of economics. Despite the focus on these stay-at-home orders, Cronin noted, "The decline in foot traffic experienced in many industries during the early months of the pandemic was driven mainly by precautionary behavior on the part of individuals and employers rather than a response to state and local orders restricting mobility."

The pair found that foot traffic measured at the national level in a diverse set of industries started to drop in a short period from March 8-14, well before any state or local restrictions were in place. The break in activity the week prior to March 15 is not surprising. A variety of sources provided businesses and individuals with signals that they expected consequences of the virus would be severe. In the span of a few days, the World Health Organization (WHO) declared the coronavirus a pandemic, the NBA and the NHL stopped their seasons, the Premier League was suspended and federal government instituted the foreign travel ban.

Evans and Cronin found that self-regulating behavior accounted for more than 75 percent of the overall decline in foot traffic in industries such as hotels, restaurants, entertainment, and business services. The researchers found that restrictive mandates played a larger role in reducing foot traffic in essential retail (such as food and hardware stores), accounting for just under half of the overall decline. Mandates, particularly the closure of public schools, accounted for just under 75 percent of the overall increase in the most extreme form of social distancing: staying at home all day.

Importantly, Evans and Cronin also found that the dine-in and entertainment bans led to large reductions in foot traffic in the specified industries, as well as complementary industries like non-essential retail and hotels. Bans on gatherings of 50 or more people had little impact on most sectors, but the first death in a county had a very large and statistically significant impact on all mobility measures. In most cases, they note, the impact of the first death is larger than any single policy effect and it grows over time.

“The evidence is clear that in the early stages of the pandemic, business and individuals responded to the accumulating evidence about the potential of the pandemic and began to voluntarily restrict mobility,” said Evans, Keough-Hesburgh professor of economics. “Moving forward, governments and public health agencies need to effectively and consistently convey the risks associated with the disease and the benefits of precautionary behavior. I am not sure that has been the case over the past couple of months.”