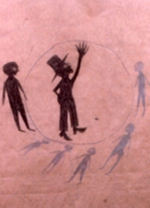 Scholars from around the globe will gather at the University of Notre Dame June 30–July 4 for the meeting of the Colloquium on Violence and Religion (COV&R). The theme of the conference is “Transforming Violence: Cult, Culture, and Acculturation.” More than 150 scholars from 14 countries are expected to attend.

Founded in 1990, COV&R is an international organization of scholars that meets annually to explore, criticize, and extend the mimetic theory of French historian and philosopher René Girard.

“The daily news media is filled with reports of violence,” observes Ann Astell, professor of theology at Notre Dame. “Mimetic theory helps us to understand why, helps us to see and to address the root causes. Michel Serres has rightly called Girard’s theory ‘the most fruitful hypothesis of the age.’”

The recipient of six honorary doctorates and the MLA Lifetime Award (2008), Girard was inducted into the Académie Française in 2005. Born in France in 1923, he earned his doctorate at Indiana University. He has spent most of his academic career in the United States. His most recent publications concern religious terrorism.

Conference participants will study the violent phenomena associated with cultural contacts between and among groups of different ethnic origins and religious beliefs and identify means for peacemaking.

“Notre Dame is an excellent site for this interdisciplinary exploration, given its rich immigrant heritage and the ethnic diversity of northern Indiana,” remarks Margaret Pfeil, assistant professor of theology and co-organizer of the conference.