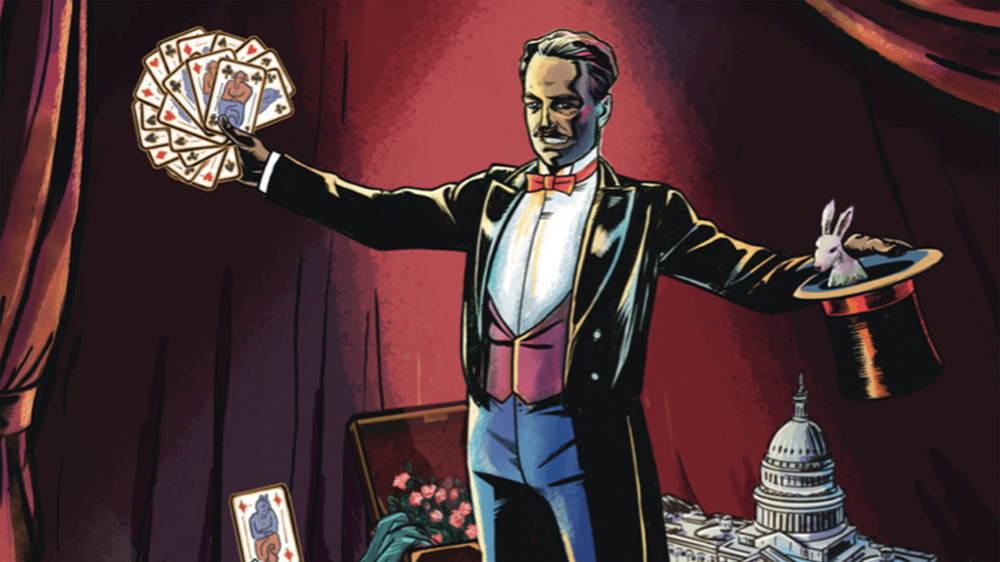 In a representative democracy, it stands to reason that transparency would be a key component. After all, in autocracies — the polar opposite of democracies — transparency is irrelevant because one political figure holds all the decision-making power.

However, Jeff Harden, the Andrew J. McKenna Family Associate Professor of Political Science at the University of Notre Dame, and his colleague Justin Kirkland (at the University of Virginia), found that, rather than state government transparency benefiting everyday citizens, it favors special interest groups. The findings appear in their new book, “The Illusion of Accountability: Representation and Transparency in American Legislatures,” published by Cambridge University Press.

The U.S. Constitution wasn’t established in a transparent way, as the Continental Congress and Constitutional Convention were not open to the public. However, since the mid-20th century — thanks in large part to journalists demanding transparency — many state and local governments have instituted open meetings requirements for state legislatures.

Scholars have demonstrated this type of government transparency could be connected to two concepts, the first being observing the ethics and accountability of elites, or elected officials.The prevailing argument is that observation in the form of open meetings will act as a check on abuse of power and encourage legislators to act lawfully and in the best interest of their constituents.

“We tend to think of transparency as a universally good thing in lots of areas – for example, in business. However, this might not always be the case,” Harden said. “It could be problematic and there are plenty of political officials who have expressed reservations about the notion of transparency. As members of the public, we want to know what the government is doing, but some politicians don’t necessarily want us to know. For them, it’s difficult to do the job if they’re always being watched.”

Transparency is also connected to the concept of representation. When it comes time to vote, citizens must also be able to “make informed judgments of their leaders. Without this access, the logic goes, democracy does not exist in practice,” Harden and Kirkland wrote.

Using measures of the agreement between what state governments do and what citizens want, Harden and Kirkland found that whether state government meetings are closed or open, the results are the same: Public policy is equally correlated with public opinion, whether a state legislature has open meetings or not.

On the citizens’ side, Harden and Kirkland used survey data on several hundred policy issues over many decades. Despite the fact that citizens repeatedly express serious interest in their state governments being open and accountable, open meetings don’t change them much – they don’t increase their knowledge or their political lives, the researchers found.

The authors don’t see open meetings as a straightforward way of increasing transparency; in fact, it changes the circumstances substantially, they noted.

“Opening the legislative process is not simply an innocuous decision that facilitates civic participation and keeps politicians honest,” they wrote. “Rather, it is a significant change to the political bargaining environment that alters the incentives and decisions of actors on both sides of the electoral connection.”

Harden and Kirkland found that the effect of instituting more open governments creates more satisfaction among voters, but they are, in fact, less knowledgeable about what is going on in their statehouses.

Using data from the Cooperative Election Study from 2012 to 2020, their analyses indicated that certain respondents in states with open meetings laws are actually less likely to be able to name the party in control of their lower state legislative chamber. Therefore, the effect of openness is “illusionary” as a less attentive public provides legislators with no incentive to change their behavior or how they create policy.

This, Harden said, allows interest groups to slip in and pressure lawmakers to create policy that is beneficial to them.

“Turns out open meetings are actually making it easier for interest groups and lobbyists to do their jobs,” Harden said. “There are more groups that register to lobby in states with open meetings and they donate more to incumbent politicians. This leads to an ironic conclusion: The laws don’t make citizen representation better, they make it better for interest groups, which aren’t representative of the general public. Because citizens are not fulfilling their role in that relationship, lobbyists are coming in.”

While the goals of open meetings reformers were laudable, in reality they don’t function in the interest of the public, even if citizens are partially to blame. Open meetings, the authors noted, are “essentially neutral toward democracy, which is itself problematic.” They do not achieve the goal to improve the democratic process.

“By falsely reassuring the public while exerting no effect on legislators, open meetings laws have largely failed to live up to their stated goal of improving political representation,” the pair wrote. “They do not strengthen accountability, but instead facilitate the capacity of unrepresentative interest groups to seek access and influence in state governments.”

Based on their research, Harden and Kirkland suggest that those who wish to reform the system accept that the U.S. public at large might be disinterested in politics, or might view it as a game or hobby without a real investment in it. They believe proponents of reform should refocus their efforts toward securing dynamic and engaging state and local elections.

“The real key to quality representation is a robust and competitive electoral environment,” they wrote. “Thus, advocates seeking to improve representation are likely best served by concentrating less on transparency in legislative operations and more on ensuring the strength and competitiveness of subnational elections.”

Harden and Kirkland worked with the graphic design team Sequential Potential to create a comic that visually explains their research. The comic can be viewed here.

Originally published by Colleen Sharkey at news.nd.edu on September 01, 2022.