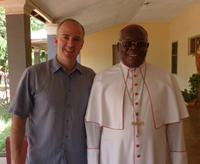 What role, if any, does forgiveness play in the context of war, in the wake of unspeakable atrocities?

Daniel Philpott, associate professor of political science and peace studies at Notre Dame’s Kroc Institute for International Peace Studies, recently returned from Uganda, where he is exploring the practice of forgiveness among survivors of the two-decades-long civil war between the Lord’s Resistance Army and the Ugandan government.

This pilot project, funded by the Fetzer Institute, is the first step in what Philpott hopes will be a multi-year research initiative on forgiveness in peacebuilding.

The concept of forgiveness “doesn’t have a lot of status in the international community, including the United Nations, human rights organizations, international lawyers, and diplomats,” says Philpott, an expert on religion and global politics.

“But it has played a role in a number of post-war regions. My hunch was that forgiveness is more commonly practiced than we know, and that it may be flying under the peacebuilding radar in some parts of the world.” 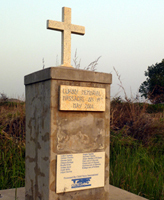 In Uganda, a deeply religious country, the concept of forgiveness “seems to be everywhere,” Philpott says. His project begins as the war has abated and major efforts are underway to reintegrate thousands of refugees and former child soldiers who had been abducted from their villages and forced to kill.

Others subjects included Anglican bishops and Muslim clergy, district government officials, leaders of local NGOs, and “ordinary people,” including the mother of a girl abducted by the LRA from a Catholic girls school, who struggled for her daughter’s release and for justice while also advocating forgiveness.

“I want to see what the experience of forgiveness is among the war’s victims,” Philpott says. “Is it practiced widely or just among a few heroes? Is it practiced with difficulty, with controversy? Are there disputes around it, is it imposed, or does it resonate with what people believe? Do people flourish around it?”

In Uganda, Philpott received assistance from Stephen Oola, a graduate of the Kroc Institute’s master’s program in international peace studies, who is head of research and documentation for the Refugee Law Project, a legal advocacy organization for refugees and displaced people.