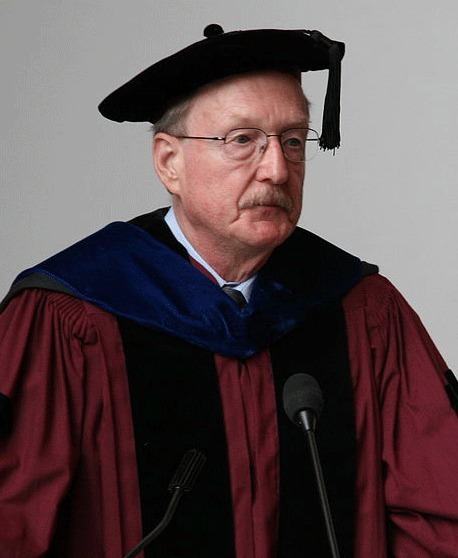 The Association for Israel Studies has recognized Alan Dowty, a professor emeritus in Notre Dame’s Department of Political Science, with an AIS-Israel Institute Lifetime Achievement Award for his “lasting and path-breaking contributions” that have significantly shaped the field of Israel studies.

Dowty, a past president of the AIS, will receive the award at the association’s 2017 annual meeting at Brandeis University on June 12.

“This award — the only lifetime achievement award in my field — represents recognition by those most familiar with my work, and for that reason, it is extremely gratifying,” Dowty said. “Recognition by colleagues is always valuable, and awards of this kind give some confidence that efforts expended over the decades were not in vain.”

Dowty has published seven books and more than 130 articles on the Middle East, U.S. foreign policy, and international relations. A revised and expanded fourth edition of his acclaimed book Israel/Palestine will be published in October.

After receiving a Ph.D. from the University of Chicago in 1963, Dowty taught at the Hebrew University in Jerusalem for 12 years. He joined the faculty in Notre Dame’s College of Arts and Letters in 1975, where he continued researching the Middle East.

“I came in with a decent background in the Middle East, especially the Arab-Israeli arena,” he said, “but I was able to develop this further in the favorable environment Notre Dame provided. The department was broadening its horizons during that period, and it was a good time and place to dig deeper into issues that had become a central focus of my life and work.”

During his early years at Notre Dame, Dowty did not teach courses specifically on Israel — even though it was at the center of his research. Once he began bringing that work into the classroom, however, the response was overwhelmingly positive.

“These more specialized courses always filled up, and the students pushed me to put my own thoughts into class presentations,” Dowty said. “The response of both faculty and students was a key element in my concentration on Israel and Arab-Israeli issues.”

Dowty, who retired from the University in 2004, was the first Kahanoff Chair in Israel Studies at the University of Calgary from 2003 to 2006, and AIS president from 2005 to 2007. He has also served twice as a visiting fellow at Oxford University’s Centre for Hebrew and Jewish Studies.

Research on the Middle East and U.S. foreign policy is more critical now than ever, he said.

“The importance of the area in today’s agenda is very clear from a quick glance at the media,” he said. “In fact, it could be argued that a basic course on Middle East politics or the Arab-Israel conflict should be required of anyone seeking higher office as a foreign policy decision maker.”