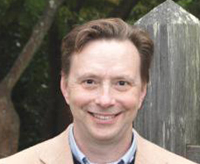 Notre Dame faculty member Stephen Dumont, a professor in the Department of Philosophy and a fellow of the Medieval Institute, has been awarded a fellowship from the National Endowment for the Humanities (NEH) for his book project, The Two Affections of the Will: From Anselm of Canterbury to John Duns Scotus.

“I am very grateful both to the NEH and the University of Notre Dame for this opportunity,” says Dumont, “because it allows me the time to do sustained research, which is vital to the intellectual life of any faculty member.”

According to Dumont, the modern concept of free will as a distinct, autonomous power was absent from classical Greek philosophy, emerging only during the medieval period. “Although the middle ages are often seen as derivative and dependent on Greek thought, in the notion of free will they were much more original.”

In his research Dumont is tracing the development of the “two affections” of will over a 200-year span, from Saint Anselm of Canterbury, a Benedictine monk, to medieval theologian and philosopher John Duns Scotus.

“My project is to arrive at a more accurate notion of the two affections of the will in Scotus, correct what I see to be mistakes in its interpretation, and provide a history of this idea of two affections,” says Dumont.

“No history has yet been written about it,” he adds. “I’m examining thinkers immediately prior to Scotus who developed this idea quite at length but have been largely ignored in scholarship.”

As Dumont explains, Anselm first proposed the two affections of the will in the 11th century, identifying within people two inclinations—or affections—one for justice and one for happiness. He saw free will as being composed of these two inclinations but also thought that the proclivity for justice was lost with original sin. Without divine help or grace, Anselm believed, man would simply pursue his own happiness.

Scotus later argued that after the fall, humans did not, in fact, lose the inclination for justice, but rather claimed famously that it was the ‘innate’ freedom of the will itself.

“I’ve studied medieval philosophy and theology for a long time, and this has been a long-standing interest of mine,” Dumont says. “There has been historically a lot of interest in the problem of free will here in our department at Notre Dame. It’s a very active area of research, even in contemporary philosophy.”

Faculty in Notre Dame’s College of Arts and Letters have had noteworthy success with NEH grants, receiving a total of 49 fellowships between 1999 and 2013—more than any other university in the country.

Dumont is one of three College of Arts and Letters faculty members to be awarded an NEH fellowship for the 2013-14 academic year. The other two are English Professor Sandra Gustafson, for a book on conflict and democracy in classic American novels, and historian Deborah Tor, for “The Great Seljuq Sultanate and the Formation of Islamic Civilization, 1040-1194.”

After completing his one-year fellowship, Dumont will return to work on a longer-term research project funded by the NEH and housed in the College’s Medieval Institute. That team, led by Program of Liberal Studies Professor Kent Emery, Jr., aims to produce the first critical edition of a key work by Duns Scotus.

“Just the main Parisian text we’re working on is in excess of one million words, which would be more than a lifetime project,” Dumont says.