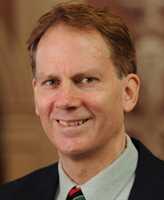 Though exposure to any type of violence can cause anti-social behavior in children, a new study from the University of Notre Dame shows that political tension and sectarian violence cause additional mental health problems in children by creating insecurity about their neighborhoods and communities. The study was published recently in the Journal of Abnormal Child Psychology.

Notre Dame Psychology Professor Mark Cummings and colleagues studied the effects on children of sectarian violence between Catholics and Protestants in Northern Ireland. The longitudinal study, which took three years to complete, examined 18 families (695 mothers and children) from working class neighborhoods in Belfast. Results showed heightened aggression and violence, revenge-seeking, and insecure attachment in children who experienced this political violence, as well as elevated levels of depression, withdrawal, sleep disorders, fear, and panic because of feeling nervous and threatened by people.

“Though exposure to both sectarian and non-sectarian violence are related to anti-social behavior, the emotional insecurity caused by politically-motivated community violence was more powerful than we had expected,” according to Cummings, co-founder of Notre Dame’s Center for Children and Families and faculty fellow at Notre Dame’s Kroc Institute for International Peace Studies.

Non-sectarian violence is ‘‘ordinary crime’’ that may be found in any community, regardless of political context, and is not specifically indicated between ethnic, religious or cultural groups.

Though the Belfast/Good Friday Agreement was reached in 1998, providing some inter-community cooperation, many neighborhoods and schools in Belfast remain highly segregated; a large percentage of adolescents in Belfast have experienced violence within their community, which reflects a social and psychological legacy of “The Troubles” of Northern Ireland.

Understanding and addressing the effects of political strife on communities, families and children is critical for any likelihood of sustained peace, according to Cummings, and this study has promise for building a foundation for how to intervene more effectively and prevent problems.

“The children growing up today will have to take the peace process forward in the years to come. For this reason, ameliorating children’s insecurity about sectarian tensions and violence over the long term should be seen as an important goal if lasting peace is to be achieved,” Cummings says.