Sacred music is foundational to many of the world’s artistic traditions, and this is especially so when it comes to Western music. It is also an artistic—and academic—area that continues to grow and develop.

To celebrate and promote this diverse and vibrant art form, the University of Notre Dame is launching a Doctor of Musical Arts (DMA) program with concentrations in organ and choral conducting, beginning in fall 2013.

“Given Notre Dame’s educational mission, its Catholic foundation, and our recent investments in faculty who are recognized leaders in sacred music, the University is uniquely poised to develop young musicians to serve the Church and world,” says John T. McGreevy, I.A. O’Shaughnessy Dean of the College of Arts and Letters.

The doctorate, he notes, will be a core component of the University’s larger Sacred Music at Notre Dame initiative and has been generously supported by a Lilly Endowment grant of nearly $2 million.

The goal of the new program is to prepare musicians to work at the highest artistic levels in colleges and universities; cathedrals, churches, and seminaries; and in the larger community of artists, says Carmen-Helena Téllez, professor of conducting in the College’s Department of Music.

“We will offer DMA degrees specifically in organ and choral conducting because these are fields where the repertoire focuses on sacred genres but at the same time is not exclusively sacred music. In fact, these repertoires cover a broad spectrum of artistic achievements in history,” Téllez says. “Ecumenical and cross-cultural connections can and must be made.” 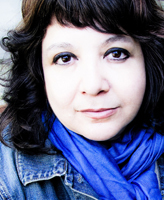 Students accepted into the three-year DMA program, approximately four each year, will be provided with full tuition plus a yearly stipend, part of which includes paid internships at local churches. Program requirements include a short thesis and three major recitals, one of which must be a lecture recital.

“Some of the most distinctive features of our program,” Téllez says, “are the flexibility of the course and studio work, the focus on interdisciplinary methodology, and the opportunities for students to work with visiting scholars and performers.”

In addition to deep study of their performance medium, DMA students will receive rigorous training in areas such as musicology, ethnomusicology, historical performance practices, Church music traditions, liturgy and ritual studies, theology, music theory, composition, and music in interdisciplinary arts. The program challenges students to position the music they perform in its religious context as well as its historical, theoretical, aesthetic, and social dimensions. Sacred Music at Notre Dame will also offer advanced training in working with children’s choirs to students in both the DMA and the College’s Master of Sacred Music program.

Each DMA student will be admitted into a concentration, either conducting or organ. With the advice of a faculty mentor, they also have the option of combining a coherent track of courses to obtain a certificate of secondary specialization in professional fields that have important interactions with the practice of sacred music, such as:

“The young artists and scholars will be able to enter into a dialogue with a mentor to design a series of courses very specific to each student’s vocation in terms of professional goals and personal artistic profile,” Téllez says.

Téllez, a renowned specialist in contemporary choral repertories and the use of multimedia and digital display in performance, will lead the performance studio in conducting. Before coming to Notre Dame in 2012, she served as director of the Latin American Music Center and director of graduate choral studies at Indiana University, a role once held by Julius Herford, George Buelow, and Thomas Dunn. 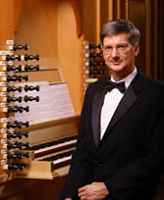 Craig Cramer, professor of music, will lead the performance studio in organ. In addition to being a master teacher with a strong student-placement record, Cramer performs on stages, in concert halls, and at churches around the world. Most recently, he was invited to be the featured organist at the 2014 National Convention of the American Guild of Organists in Boston.

The facilities in which the faculty and students can study and perform are just as noteworthy, says Margot Fassler, Keough-Hesburgh Professor of Music History and Liturgy and a co-director of Sacred Music at Notre Dame.

“We are blessed at Notre Dame with the DeBartolo Performing Arts Center,” she says, “which includes the 900-seat Leighton Concert Hall and the Reyes Organ and Choral Hall, an extraordinary venue for early music that features a tracker organ built by Paul Fritts. The hall also boasts an extremely rare, 17th century Italian organ, close to its original condition.”

The University’s Basilica of the Sacred Heart will soon feature a new organ that is being brought in as part of a larger renovation project, Cramer reports.

“The number of places that teach sacred music—including organ—has dropped precipitously, and Notre Dame has made an incredible commitment to ensure that we have a place in this profession,” he says. “And with that new organ, our program is poised to take another quantum leap forward.”

The College’s sacred music faculty includes scholars and artists from both the Department of Music and the Department of Theology who work with a variety of performance media and specialize in medieval, Renaissance, Baroque, and classical repertories.

Co-directing Sacred Music at Notre Dame with Fassler, for example, are Peter Jeffery, Michael P. Grace Professor in Medieval Studies and professor of music, and Rev. Michael Driscoll, associate professor of liturgical studies and founding director of the Master of Sacred Music program.

“Our faculty and the courses they teach reflect unusually wide-ranging international interests, and greatly enhance the University’s goal of increased globalization,” Fassler says. “Those who teach ethnomusicology and ritual studies have introduced ethnographic fieldwork into both music and theology courses. We also have special expertise in the music and ritual of the churches of the East.”

In addition to working with Notre Dame faculty, DMA students will regularly have the opportunity to interact with major artists on ensembles, Téllez adds, noting that Sacred Music at Notre Dame recently hosted composer James MacMillan this fall at its inaugural festival and conference.

“Many well-known artists will be coming to campus through our Mellon Sacred Music Drama Project and the new Lilly Religious Musical Heritage Project,” she says. “This allows students to develop important professional connections with leaders in the field.”

The University also has multiple centers and initiatives around the world—including in Rome, London, and parts of Latin America—in which Téllez anticipates the DMA faculty and students will be participating.

“This program looks at the Catholic tradition as a foundation for the Western arts,” says Téllez. “Even other arts in other parts of the world have paradigms that emerge from the Catholic tradition, and this program looks at that. It is also an ecumenical program keen on studying the musical traditions of the United States and world, and discovering what they have to offer us as artists.”

The DMA program will also emphasize tools in digital arts and instructional technologies that open new avenues for artistic expression as well as audience outreach and interaction, Téllez says.

“Many current aspects of the arts are new within the past 15 years, and we want to embrace those new facets. This program will attend to the needs of the 21st century artist and current threads in culture.”

“The Master of Sacred Music program and, now, this DMA are a perfect fit for the University’s mission,” Cramer says. “Going forward—and given what Notre Dame has done with facilities, programs, and hiring—we have positioned ourselves to be a leader in this area.

“Having our students be able to study liturgy and music concurrently prepares them for a variety of vocations and opportunities,” he adds, “and will help us train them to be leaders in their fields as well.”