Two faculty members from Notre Dame’s College of Arts and Letters—Laura Dassow Walls and Sophie White—have been awarded fellowships from the National Endowment for the Humanities (NEH) for 2015.

The fellowships continue the University’s record success with the NEH, which supports advanced research across a broad spectrum of the humanities. Since 1999, Arts and Letters faculty members have been awarded 53 total NEH grants—more than any other university in the country. 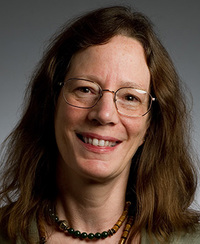 Walls, the William P. and Hazel B. White Professor of English, received the fellowship to complete a biography of Henry David Thoreau.

A renowned scholar of American transcendentalism, Walls began working on the book with the support of a fellowship from the John Simon Guggenheim Memorial Foundation during the 2010-11 academic year.

“I am grateful for the affirmation the NEH provides,” Walls said. “It confirms your sense that you might have something to say that is important beyond your circle of specialists and gives you the opportunity to say it.”

Walls’ book will be the first comprehensive biography of the life of Thoreau since Walter Harding’s The Days of Henry Thoreau in 1965, she said, and will reflect the “immense amount of work” done on Thoreau and his connections in the last 50 years. She plans to publish the book to coincide with the 200th anniversary of Thoreau’s birth in 2017.

“Thoreau carries a deeper, wider message than many other writers,” she said. “He is an American icon who stands for so many different things.” 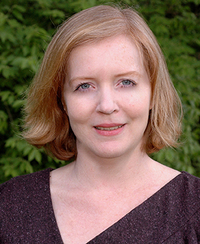 White, an associate professor in the Department of American Studies, was awarded the fellowship—her second in five years—for her book project, Voices of the African Diaspora Within and Beyond the Atlantic World.

“I was thrilled to receive the grant,” White said. “It is a validation of the work I’m doing and also motivation to complete the project. I am very grateful to Notre Dame for all the support it has provided me over the years, especially through the Institute for Scholarship in the Liberal Arts. ”

White, who is a concurrent associate professor in the Department of Africana Studies, the Department of History, and the Program in Gender Studies, is analyzing courtroom testimony from enslaved Africans in French colonies, primarily in 18th-century Louisiana.

Individual slaves did not often have an avenue to tell their life stories, White said. But when called to testify in court—either as defendants, witnesses, or victims—the enslaved had a rare public forum.

Many slaves seized the opportunity and sought to voice their experiences of slavery and removal from their homelands, White said.

“It is no longer about the court case,” she said. “It becomes about other things they want to share, which is what makes this interesting. This testimony is forced; they have no choice but to appear. But, in spite of that constraint, there is still the potential for an autobiographical narrative.”

Both Walls and White said they are writing their books for a wide, general audience—in keeping with the mission of the National Endowment for the Humanities.

“Endowing the humanities enables professors and specialists to work on projects that connect our literary and cultural heritage to much broader audiences,” Walls said. “It allows us to share that heritage with people who are general readers and enhance their understanding of how we came to be who we are today—how our past carries and shapes our present.”