Professor Rory McVeigh, chair of the Department of Sociology, says,  “I can’t tell you how many people—outside of Notre Dame—have said something along the lines of, ‘Wow, I didn’t realize David Gibson was on your faculty,’ or ‘Wow! When did Ann Mische come to Notre Dame?’

“These reactions reflect not only recognition of the fact that they have both been very successful scholars,” McVeigh says, “but also have to do with their reputations as original thinkers who are doing innovative and groundbreaking work.” 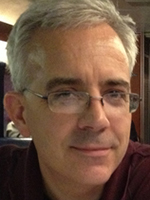 He is the author of Talk at the Brink: Deliberation and Decision During the Cuban Missile Crisis (Princeton University Press, 2012), winner of the 2013 Melvin Pollner Prize in Ethnomethodology from the American Sociological Association.

“I saw the project as a bridge between my work on social interaction and issues of greater historical moment, even if that moment was 50 years in the past,” he says. Using National Security Council audiotapes, the book explores how potentially frightening information was suppressed from discussions.

“The most important [example] was the danger that the naval blockade, which Kennedy ultimately chose, wouldn’t force Khrushchev to remove the missiles already in Cuba, and we’d have to bomb anyhow,” Gibson says. “And by the time we did, some missiles would be ready for firing and could be launched against American cities.”

Gibson’s research shows that then-Secretary of Defense Robert McNamara repeatedly warned about this danger in the opening days, and it was only when he stopped doing so—and when other advisers were thwarted in their own attempts—that Kennedy chose the blockade.

“My argument, in the end, was that when all options are bad, small fluctuations in how things are discussed take on enormous importance in shaping decisions,” Gibson says.

Currently, Gibson is researching how lies and secrets are maintained over time. “I’m drawn to this as it bears upon the concerns of the world—on matters of corporate malfeasance, government transparency, organized crime, and national security.”

Gibson is collaborating with Mische on a study of deliberative democracy forums, exploring how people pursue their interests in a situation where naked self-interest is forbidden. Separately, with Matthew Fox, a graduate student at Northwestern University, he is studying video recordings of juries to examine how people make use of common sense when offering judgments about how a defendant’s behavior was or wasn’t indicative of guilt.

Last fall, Gibson taught an undergraduate course titled Doing Sociology; this semester he will teach The Social Organization of Secrecy and Deception.

“The Sociology Department is very strong, and the University has a lofty moral purpose that appeals to my desire to engage with the concerns of the world,” Gibson says. “I’m also affiliated with the Kroc Institute for International Peace Studies, an eminently worthy place.” 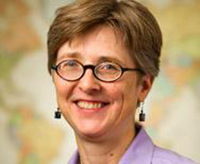 In addition to her concurrent appointments in the Department of Sociology and the Kroc Institute for International Peace Studies, Mische is also involved with Notre Dame’s Center for the Study of Social Movements. Her research focuses on processes of communication, deliberation, and leadership in social movements and democratic politics.

Last semester, Mische taught a graduate seminar, Social Movements, Conflict, and Peacebuilding, and this spring she is teaching a doctoral research seminar, Futures in Contention—both for the Kroc Institute.

“The Kroc Institute is a rich site for debate about strategic peace-building,” Mische says. “I’m very much looking forward to participating in this discussion.”

Of coming to Notre Dame, Mische says, “The ability to reconnect with aspects of my Catholic roots has been a draw. I’m particularly interested in thinking about the link between faith and politics—an issue touched on in my book on Brazilian youth politics.”

On a fellowship from the Institute of Current World Affairs in the late 1980s, Mische spent nearly three years in Sao Paulo, where she lived in a working class neighborhood and wrote monthly newsletters about youth, education, and politics.

“It was an exciting period in Brazilian history,” she says. “They were in the process of transitioning to a multi-party democracy after 30 years of dictatorship.”

For her Ph.D. work at the New School for Social Research in New York City, Mische returned to Sao Paulo to study the changing forms of youth politics in the wake of the massive participation of young people in the impeachment movement of 1992.

Mische currently is researching how collectivities debate over visions of the future that might conflict with each other. She says this topic drew her to study the fierce debates at the Rio+20 meetings in June 2012.

The United Nations Conference on Sustainable Development drew a wide range of parties, Mische says, with some debating the official U.N. document and others protesting in the streets and holding big tent forums about alternative economics.

“I’m interested in both the form and the content of these contending visions for the future, and in how this kind of narrative variation makes a difference in the formation of agendas, coalitions, mobilizations, policy proposals, and institutional change.”