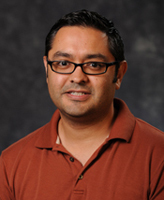 Every six years, Mexicans go to the polls to elect a new president, and students erupt in protest, says University of Notre Dame historian Jaime Pensado, a fellow at the University’s Kellogg Institute for International Studies.

An expert on Mexican youth culture and student movements, Pensado says this year has been no different, as tens of thousands of students organized through social media took to the streets in the “Yo Soy 132” movement.

“The movement started as a critique of Mexico’s lack of media transparency, but it soon evolved into an anti-PRI (Institutional Revolutionary Party) protest,” says Pensado.

The students accused the country’s major media conglomerates—Televisa and TV Azteca—of manufacturing a positive image of their preferred presidential candidate, Enrique Peña Nieto of the PRI, who narrowly won the July 1 contest.

“The students opened up an alternative space for political discussion in which YouTube, Facebook, and Twitter have allowed the young participants to expose pertinent information that is otherwise ignored by the mainstream media,” Pensado says.

In earlier years, most student protests were limited to campuses and ignored by the media. But at times the uprisings became massive, influencing presidential elections and forcing ordinary citizens to reevaluate the meaning of democracy. That’s what the 1929 and the 1999 student movements did, according to Pensado.

Whether the 2012 protests will make such a lasting impression is still open to debate.

“Should we really refer to it as Mexico’s ‘much-awaited primavera (spring),’ as many have enthusiastically and somewhat prematurely suggested? I think not—at least not yet,” Pensado says.

As in the past, political powerbrokers from across the political spectrum have taken advantage of the movement for their own political agendas, he explains. In addition, while the Yo Soy 132 movement played an important role during the 2012 election by critiquing the PRI, it failed to criticize the abysmal performance of other parties’ candidates.

“Unless the movement adopts a broader critique of the political and economic model Mexico has adopted over the last 30 years, its participants will be lost in partisan politics,” Pensado says.

With a Kellogg faculty grant, Pensado currently is conducting archival research in Mexico City for a book project investigating the conservative movement of the 1960s. He has just completed the book manuscript Young Mexico in Revolt: Student Unrest and State Response during the Long Sixties.