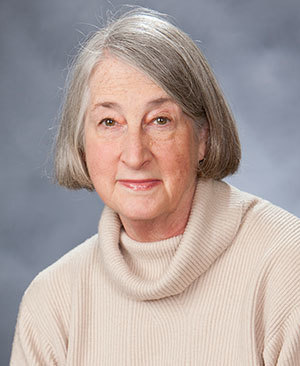 Susan Youens, J. W. Van Gorkom Professor of Music in Notre Dame’s College of Arts and Letters, has been named an honorary member of the Society for Musicology in Ireland, a distinction awarded for extraordinary contribution to musicology in that country.

Youens, widely considered one of the world’s foremost authorities of German song, particularly the work of Franz Schubert and Hugo Wolf, said the honor was especially sweet because of a long-standing relationship she’s had with a group of Irish musicologists dedicated to Schubert’s work.

“When friends celebrate your life and accomplishments in this way, it is more heart-warming than I can say,” Youens said.

As a music historian who focuses on the 19th-century Lieder—German songs for a singer and piano accompaniment—Youens explores music through the lens of literature. In particular, she looks at how songs reflect historical and social contexts, such as politics, gender roles, or religion; how songs are related to the world outside the music world; and how composers filter poetry through their own worldviews to convert it to music.

“I was in my 20s and heard a supremely beautiful concert of Schubert’s Winter Journey by the great singer Dietrich Fischer-Dieskau,” Youens said. “In the wake of that powerful experience, I wanted to find out everything I could about this masterpiece, but I didn’t agree with anything I read in the existing scholarly literature. That launched the work that led to my first book.”

That first book, Retracing a Winter’s Journey: Schubert’s Winterreise, led to seven more—and a career in which she lectured frequently in Europe, including at many conferences in Ireland.

Youens has been a member of the American Musicological Society for more than 40 years and was four years ago given honorary membership, an distinction reserved for long-standing members who have made outstanding contributions to furthering the organization.

She is currently working on her next book, a social history of the Lied, and plans to continue lecturing, giving master classes, and teaching at music festivals.