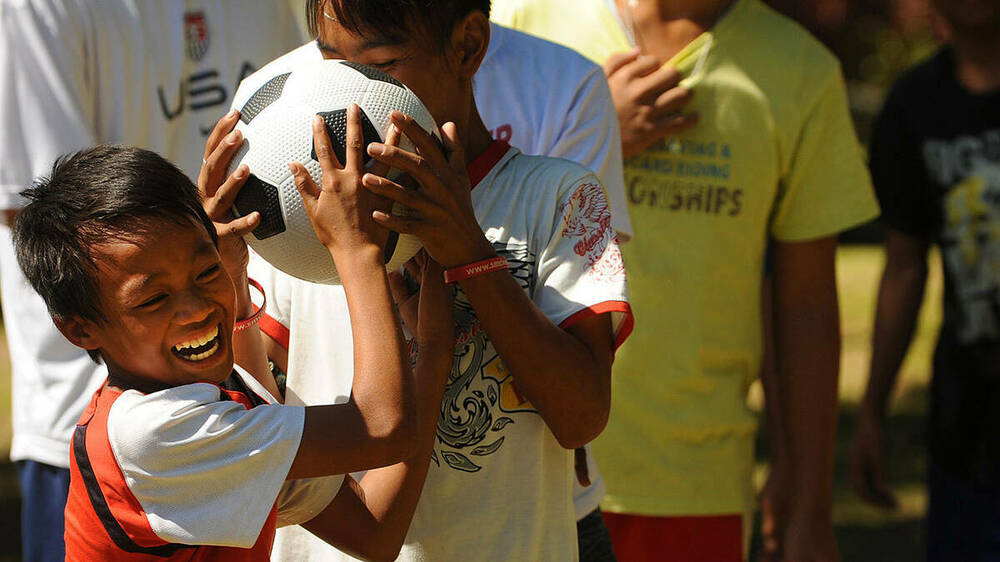 University of Notre Dame Associate Professor of Anthropology Lee Gettler and his collaborators have drawn on data collected over more than 30 years from almost 1,000 men in the Philippines to help shed light on the importance of adolescence and father-son experiences to sons’ adult testosterone patterns. The team found that adolescence is a sensitive period during which social relationships influence later hormone production. Specifically, boys whose fathers were present and involved with caring for them when they were adolescents had lower testosterone when they later became fathers. Their results were published in the Proceedings of the National Academy of Sciences today.

Just over a decade ago, Gettler and his team made headlines when they showed that the transition to committed parenting led to a large decline in new dads’ testosterone levels. Those results helped scientists and the public understand how new fathers’ bodies can biologically adjust to the demands of parenting. In fact, Gettler noted that men are, to a certain degree, hardwired to care for their children.

However, many questions remained about why testosterone might differ between dads. Gettler later proposed that boys’ early family experiences might play an important role in shaping the biology that relates to later parenting, like testosterone levels. Adolescence may be a key period to track lasting social influences on biology because of the body’s changes with puberty but has been largely understudied.

“There are very few studies that have looked at how early-life social experiences with family — and dads especially — are related to future testosterone production in men, including when they become fathers,” Gettler said. “There are none that have considered the potential role of the adolescent time period and take into consideration what boys have experienced with their dads. The longitudinal part of this large study is really key because it has tracked participants since they were infants. In adolescence, the boys began to contribute their own perspectives, whereas their mothers were answering surveys in their younger years. This way we know who each teenage boy credited for his upbringing. We also get their perspective when they later become fathers regarding how involved they are with caring for their own children.”

Gettler argues that this new research helps show how fathering can have lasting effects across generations, not just through behavior but also through biology. “We found that teenage boys whose dads were more involved had lower testosterone when they became dads, themselves. Boys who lived with their dads and felt they helped raise them also had lower testosterone as future fathers.

“In evolutionary biology, testosterone is studied in humans and other animals because it plays an important role in how organisms dedicate resources to pursuing competition and status or investing in parenting. In humans, testosterone is linked to long-term health, including for cardiovascular disease and immune function. So, these findings are showing us new ways that family experiences before adulthood can shape later biology that, in turn, can affect later behavior and health.”

Dads can have other important effects on kids’ social and cognitive development at earlier life stages, but that may not be the case for testosterone production, Gettler explained. The adolescent period is when children are becoming reproductively mature and, for males, when their bodies are starting to ramp up testosterone production. “It may be that the social effects are more intense due to these biological changes with puberty,” Gettler said.

Gettler and his team found that boys whose dads were present but not described as being involved with childcare grew up to have higher testosterone, on average, than sons whose dads were involved in their care. It is important to note, however, that there are many different cultures around the world that emphasize or teach different values and societal norms, including for the roles fathers play in families. For example, when the study began in the 1980s, many fathers worked as farmers, fishermen and skilled tradesmen, and a core, culturally valued role for fathers was to be a provider. Fathers also often acted as moral guides and disciplinarians.

“Some activities, like playing sports or teaching skills — the things that involve more direct interaction —would fall under the designation ‘dad was involved with care’ in our study. Other domains, like being a role model or a moral guide, might be categorized as ‘the presence of a dad’; they are still present and contributing to the sons’ lives. There’s not just one way to be a good dad.”

Fathers remain understudied when it comes to contributions they make to their kids’ health and well-being overall, Gettler noted. Most of the work that’s been done has been around social and academic outcomes in roles dad can play.

“There’s a lot of interest in how dads and other caregivers can help shape the future health of children, and this new work provides insights about the biology that may contribute to those outcomes,” he said. “In our work, dads’ close involvement with their sons seems to be a key generational pathway, in that it can have lasting biological signatures, including on their sons’ future production of testosterone, as well as their fathering styles.”

Originally published by Colleen Sharkey at news.nd.edu on May 31, 2022.