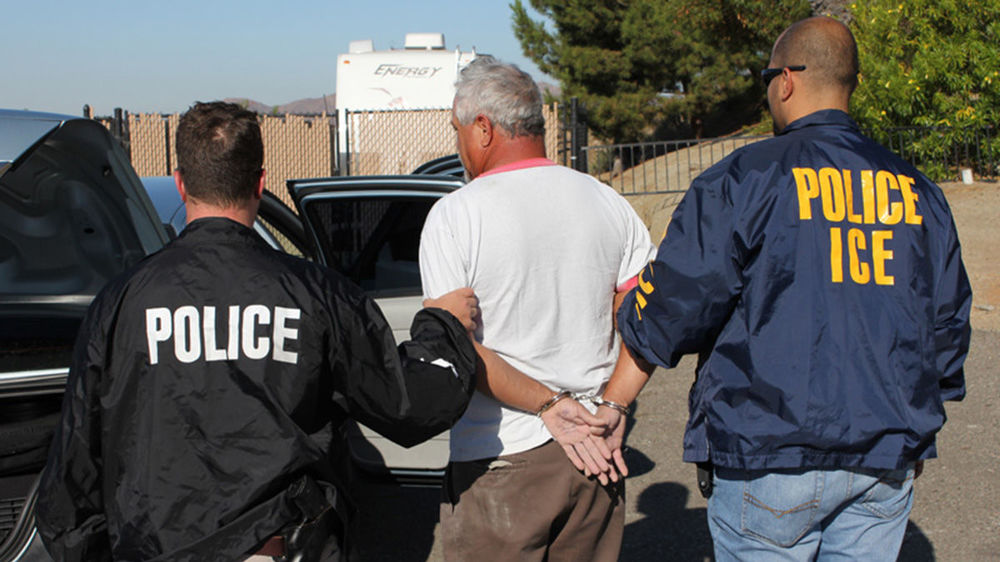 With the goal of addressing why Latinxs elect to work for agencies that have systematically targeted the ethnic communities to which they belong, David Cortez, assistant professor of political science at the University of Notre Dame, conducted the largest and most diverse study yet of U.S. immigration agents and his results are now published in Political Research Quarterly. He found that Latinxs — regardless of their preferred national/ethnic identity, their identification with the immigrant experience, or their attitude toward immigrants — choose to work in immigration for their own economic interest.

In all, Cortez interviewed 61 Immigration and Customs Enforcement - Enforcement and Removal Operations (ICE-ERO) officers in Arizona, California, and Texas in 2014 and 2015 with an average interview time of 74 minutes. The agents were all in their 40s with an average of 12 years of service and more than half were children of immigrants. Ten participants were foreign born.

During each interview, Cortez covered pre-determined topics, including agents’ upbringings, family histories, political activity, and reactions received for working in immigration. He focused on ICE agents (rather than Border Patrol agents) since ICE is a smaller agency with a significant Latinx population. In fact, he notes, Latinxs are overrepresented across the whole Department of Homeland Security (DHS). ICE agents also participate in neighborhood and worksite surveillance, raids, arrests, detention, and deportation, so they interact more broadly with the Latinx population. Notably, 21 percent of his interviewees worked in Border Patrol prior to ICE.

His research stands in contrast to some of the existing literature that asserts that Latinxs who accept immigration jobs are far removed from the immigrant experience — so they are not first-generation U.S. citizens and they might not have roots in the home country of their ancestors. César Cuauhtémoc García Hernández of the University of Denver’s Sturm College of Law goes as far as to say Latinx immigration officers may have “adopted the biases and ideology of ‘the oppressor.” This is not, however, the attitude of the majority of the agents Cortez interviewed.

“That a connection to the immigrant-experience runs deep among Latinx agents — and those with low connections constitute a minority of cases (fifteen total) — suggests Latinxs do not work in immigration because of a distance between themselves and that life-experience, but that some other factor must bring them to this line of work,” writes Cortez, who is also a faculty fellow in Notre Dame’s Institute for Latino Studies.

Officers’ opinions run the gamut from some describing themselves as having a dual identity — for example, a Mexican-American — to expressing no sympathy for immigrants who reach the U.S. illegally. Among those Cortez interviewed, the group is nearly split; 28 agents were classified as immigration restrictionists and 33 as liberals.

The economic pull of a job with ICE is not surprising considering Latinxs in the U.S. are at a socio-economic disadvantage in comparison to other ethnic groups. In fact, as Cortez notes in his paper, the 2014 official U.S. poverty rate was 14.8 percent (10.1 percent among non-Latinx whites); however, the rate among Latinxs was 23.6 percent. According to 2016 U.S. Census county-level poverty rates, the percentage of people living in poverty in Rio Grande Valley (RGV) border counties ranks among the highest in the nation, at rates between 33 and 35 percent (more than twice the nationwide rate). The unemployment rate consistently outpaces the national average and, since the coronavirus outbreak, the rate in the RGV has nearly tripled.

One agent with nine years on the job, 36-year-old Sylvia Newman, described her situation to Cortez.

“I was at the bottom, bottom bracket, you know? I worked two jobs. I mean, I sold cars, I sold jewelry, I worked at CVS — you name it, I’ve probably done it. I was a single parent, that’s why I got this job. I had just gotten divorced and had a 2-year-old and a 3-year-old and I needed a job with a little more security.”

“I wish I could say that it was idealistic or more sexy, but it really was as simple as they [ICE] were the first ones that called me, and I jumped on the first opportunity.”

What this research illuminates, Cortez notes, are policy issues and the failure of neoliberal economic policies that have translated into a dire lack of educational and economic opportunity along the border. Further complicating the situation is ICE’s targeted recruitment of Latinxs, which is not something new. Going back to the earliest days of migration control, Latinxs have been integral to the agencies. Even beyond needing native Spanish-speakers, Cortez said, Latinxs agents’ ethnic identities are weaponized in carrying out ICE surveillance and raids.

“It literally is a key to get through doors,” Cortez said. “For example, if you are Latinx and a person with a brown face is at your door, you’re more likely to open it.”

How immigration and border issues morphed into solely criminal concerns and not social ones is of great interest to Cortez. During their interviews, some ICE agents said there is nothing they do that other agencies cannot do, lending support to recent movements calling for the abolition of ICE. Noting that such calls are not without merit, Cortez cautioned it would be harmful to Latinx border communities if ICE were abolished without supplanting another economic opportunity that mirrors what these jobs provide.

“The findings of this study, thus, raise important public policy questions around economic reinvestment; most pressingly, how we might shift not only our focus, but our resources, from border militarization to revitalization.”