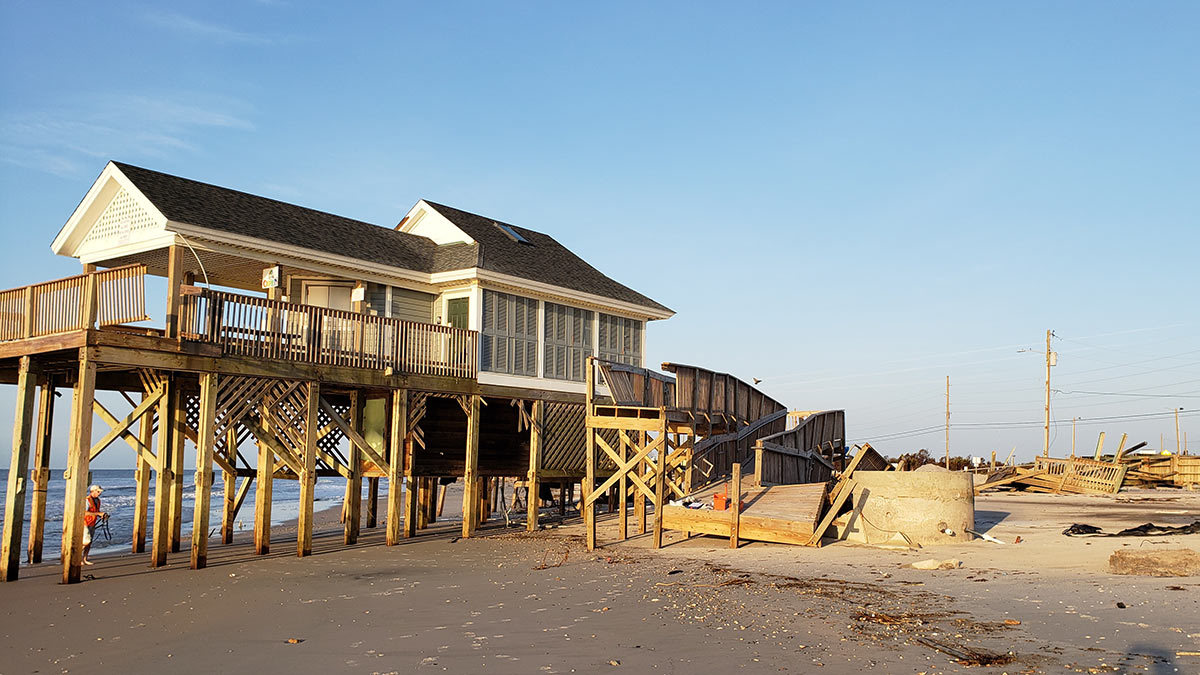 New research from the University of Notre Dame shows that many coastal homes have significant structural vulnerabilities that leave homeowners and their homes largely unprotected from storms. Additionally, the majority of coastal homeowners have little to no intention of reducing these structural vulnerabilities, even though they live in areas frequently affected by damaging hurricanes and flooding.

According to the study, 62 percent of coastal homeowners are not considering taking any action to reduce the vulnerabilities of their homes or enhance protections against future hurricanes. Affordability had no statistically significant role in motivating homeowners in reducing their risk of structural damage.

“More often than not, a house is someone’s most valuable asset, yet only about half of coastal homeowners — who are familiar with the risk and cost of hurricane damage — had  windows that could withstand the impact of airborne debris and only about a third had entry doors with this level of protection,” said Debra Javeline, associate professor of political science at Notre Dame and co-lead on the study. “Coastal homeowners may assume building codes and insurance absolve them from the responsibility for reducing risk to future storms, but unfortunately that lack of responsibility is often paid for through post-disaster recovery efforts, which are shown to cost four to 10 times more than preventative measures.”

Published in Climatic Change, the study analyzed a survey of 662 residents in one of the most frequently exposed coastal communities in the United States, North Carolina’s New Hanover County. One year after the survey was taken, Hurricane Florence hit the survey area and led to an estimated $24 billion in total damages, according to the National Oceanic and Atmospheric Administration’s National Climatic Data Center.

In the survey, coastal homeowners were asked about structural mitigations they had either implemented or intended to implement. Additionally, the survey posed questions about hurricane and flood experiences, home valuation, insurance experiences, socio-political attitudes, and opinions.

Notre Dame researchers found that nearly half of survey respondents weren’t aware of their door’s impact rating, which defines how well it can withstand the impact of airborne debris. About a third also answered “don’t know” to questions about the impact ratings of their windows and garages. Overall, 60 percent of those surveyed had neither protective cover nor impact ratings on their entry doors. The researchers said this suggests that coastal homeowners take only minimal actions to reduce their risk of likely hurricane or flood damage.

“There are a number of mitigation options available to coastal homeowners, which can range in affordability, that we found have not been implemented by many homeowners while an alarming number are not even aware of the status of their home’s structural vulnerabilities,” said Tracy Kijewski-Correa, Leo E. and Patti Ruth Linbeck Collegiate Chair and Associate Professor of Civil and Environmental Engineering and Earth Sciences, associate professor of global affairs, and co-lead on the study. “Something as easy and cost effective as using protective covering on windows can make a difference for a house, and yet 34 percent of coastal homeowners have not taken a single action to improve their home’s resilience.”

Javeline and Kijewski-Correa said they plan to use their survey data to analyze other information on the attitudes, behaviors, and motivations of respondents for future publications.

The study was conducted in collaboration with the Insurance Institute for Business and Home Safety and is the result of the Adapting to Climate Change Workshop hosted at Notre Dame in 2017. Funded by the Notre Dame Environmental Change Initiative (ND-ECI), the workshop resulted in the production of a special issue of Climatic Change titled “Adapting to Water Impacts of Climate Change” featuring six new studies. This study is funded by ND-ECI, Notre Dame’s Global Adaptation Initiative, and the Andrew W. Mellon Foundation New Directions Fellowship.