Arts and Letters graduates Jeremy Cappello Lee and Lily Falzon, both members of the class of 2018, have been invited to study at the Yenching Academy of Peking University in Beijing, China, as two of approximately 125 Yenching Scholars from across the globe.

Established in 2014, the Yenching Academy offers a two-year master’s degree program for students with outstanding academic backgrounds and broad curiosity. The program pushes the study of China beyond the traditional boundaries of the humanities and social sciences.

Students who are admitted to the academy receive a full scholarship, including tuition, accommodation in the Yenching Academy House, a travel stipend for one round-trip journey to and from Beijing, basic medical insurance and a living stipend for campus living costs and expenses related to field studies.

In applying for the scholarship, Cappello Lee and Falzon worked with the Flatley Center for Undergraduate Scholarly Engagement (CUSE) at Notre Dame, including Paul and Maureen Stefanick Director Jeffrey Thibert and National Fellowships and Undergraduate Research Advisor Claire Smith. CUSE promotes the intellectual development of Notre Dame undergraduates through scholarly engagement, research, creative endeavors and the pursuit of fellowships. 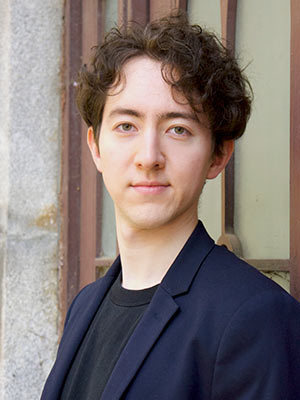 Cappello Lee, a Fulbright Student and dual citizen of Malta and the U.S., graduated from Notre Dame with degrees in philosophy and East Asian studies. He pursued additional coursework in applied mathematics, literature and sociology.

A College of Arts and Letters Dean’s Fellow, Cappello Lee served as a research assistant at the Notre Dame Institute for Advanced Study and as one of two undergraduates on the Notre Dame Writing Center’s Executive Committee. He also worked as a columnist and newswriter for the Notre Dame student newspaper The Observer.

Away from campus, Cappello Lee spent a summer teaching English at the Royal University of Phnom Penh in Cambodia and studied Mandarin for four months at the University of International Business and Economics in Beijing.

Cappello Lee is currently studying finance and politics at Yonsei University in Seoul, South Korea, as a Fulbright Student. He plans to pursue a master of China studies in economics and management at Yenching, with a focus on the nexus between blockchain and the Chinese sharing economy.

Long term, Cappello Lee hopes to pursue a career as a strategic communications or public policy expert in the technology sector, working for companies looking to expand into the Asia-Pacific market.

“I’d like to thank Dr. Thibert and all the staff at CUSE for their application guidance,” Cappello Lee said. “I also am grateful to my recommenders, Mark Roche (Rev. Edmund P. Joyce, C.S.C., Professor of German at Notre Dame), Lionel Jensen (associate professor of East Asian languages and cultures and history at Notre Dame) and Michel Hockx (professor of Chinese literature and director of the Liu Institute for Asia and Asian studies at Notre Dame) for their continued support.”

Roche said, “Beyond his innate curiosity, intelligence, hard work and language skills, Jeremy brings to the table superb interpersonal skills, capacities as a writer and a singer, and experience as a tutor. It would be difficult to imagine a more able and motivated student.” 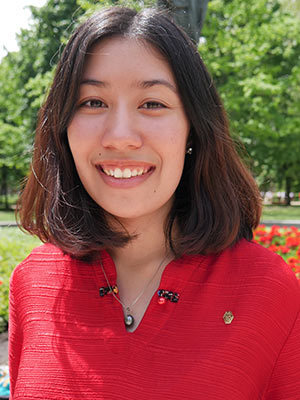 Falzon, of Huntington Beach, California, graduated from Notre Dame in 2018 with a bachelor of arts in sociology and a minor in Chinese.

In addition to her studies, Falzon served as a resident assistant in Farley Hall, as a mental health advocate for various campus organizations, and as co-chair of the Human Development Conference’s Abstracts Committee. She spent a semester abroad in London, where she interned with the American International Church.

Away from campus, Falzon traveled to China in 2017 with support from the Liu Institute and CUSE’s Roberts Endowment for Undergraduate Research in East Asia. There, she located and analyzed family documents in old Shanghai to determine the political influence of her ancestor Wang Xiaolai, chairman of Shanghai’s Chamber of Commerce, in early 20th-century China.

Falzon plans to pursue a master of China studies concentrating in literature and culture at Yenching Academy, with a particular focus on how Chinese classics inform traditional and modern cultural representations of illness, health and death in China.

“I am deeply honored and humbled to have been named a Yenching Scholar and owe much gratitude to friends and mentors, whose continued support of my learning and personal growth has been invaluable,” said Falzon, who most recently worked in project management consulting in Hong Kong. “I’m particularly thankful for the guidance I have received from faculty and staff within the Flatley Center for Undergraduate Scholarly Engagement and Department of Sociology, and to Dr. Hockx of the Liu Institute and my thesis adviser, Dr. Ayesha Ahmad.”

Hockx said, “Lily is an outstanding student and original thinker. I am sure she will make the most of her time in Beijing and become the kind of global young leader that the Yenching Academy seeks to nurture.”

This is Notre Dame’s third year as a Yenching partner university and its fourth consecutive year with at least one Yenching Scholar. Including Cappello and Falzon, the University has had seven Yenching scholars since 2016.

For more information on this and other fellowship opportunities, visit cuse.nd.edu.