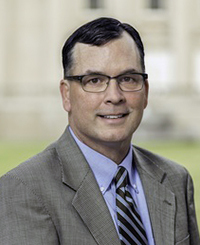 Todd Adkins and Jeremy Castle published the results of their research in an article in Social Science Quarterly, titled “Moving Pictures? Experimental Evidence of Cinematic Influence on Political Attitudes.” The article received a great deal of attention from mainstream media—including news stories on Slate.com and in the National Catholic Register, among others.

Adkins’ and Castle’s study found that movies with a strong, explicit political message—or even a subtle political storyline—had the ability to influence viewers’ political opinions on issues such as healthcare reform. The effects of the movie messaging remained when participants were tested again two weeks later.

“We found significant evidence that popular films possess the capability to change attitudes on political issues,” Adkins said. “In an age where the biases of network news and talk radio programs are accepted facts, the movie theater may prove to be one of the last sources of cross-cutting exposure to political messages.”

Not only are the results interesting, said Geoffrey Layman, professor of political science and director of graduate studies, but the article also points to new pathways for public opinion research.

“Their research on the political effects of mainstream movies clearly shows that Todd and Jeremy are outstanding and innovative young scholars,” he said. “Most political scientists are content to use existing surveys and other standard data sources and to focus on conventional explanations of public opinion.

“The work by Todd and Jeremy is much more creative and entrepreneurial—thinking about how media affects public opinion in new and different ways, and employing unique research settings and exciting, experimental techniques.”

Adkins became interested in conducting research on political issues and movies, he said, after taking a summer class with Jim Collins, professor and chair of Notre Dame’s Department of Film, Television, and Theatre, on the ways in which graduate students can incorporate movies into their teaching strategies.

“After taking the class, I conducted a literature review in political science and noted that the influence of movies on public opinion had been rarely addressed,” Adkins said.

“The lack of research was puzzling, as we know that that the potential for persuading people is highest when they are unaware that political messages are being communicated.”

With advice from Associate Professor David Nickerson, Adkins developed a plan of attack, using an experimental approach. As he put the final touches on the research design, Adkins invited Castle to work with him on the project. Together, they designed the survey, gained IRB approval, conducted statistical analyses, and wrote up the results.

“The Notre Dame faculty were very supportive of the project,” Castle said. “In particular, David Nickerson is one of the foremost experts on using experiments in political science. He was always eager to help us and provided useful advice throughout the design and analysis phases.” 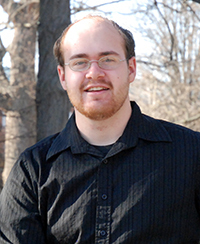 Castle also used original research for his dissertation, “Rock of Ages: Subcultural Religious Identity and Public Opinion Among Evangelical Millennials.” The project explores whether evangelicals are becoming more liberal, and if so, why.

“To test various aspects of my theory, I drew on three primary sources of data—previously existing survey data, my own original panel study of evangelicals at eight universities, and an original series of more than 40 hour-long interviews with evangelicals at five colleges,” he said.

After he completes his degree, Castle hopes to teach political science at the university level. In particular, he looks forward to teaching courses in the areas of American politics, public law, and research methodology.

“I really love the breadth of political science,” Castle said. “We can study everything from Aristotle to international law all within our department.”

He said he was drawn to Notre Dame because of the quality of the faculty, in particular Layman and David Campbell, who both focus on religion in American politics.

“And during the recruitment process, I really got the sense that this was a small, collegial program where I would get a lot of attention and support,” Castle said.

Adkins agreed, noting he enjoyed constant support from the faculty throughout his Ph.D. experience.

“The Rooney Center, headed by David Campbell, not only helped fund our movie project,” he said, “but also provided financial support for experiments related to my dissertation work. The weekly Rooney workshop also helped me develop further as a scholar.”

“In political science, there is a bit of a blind spot when it comes to how state policy-making impacts national events and opinion,” he said. “I wanted to show that relationship more clearly in my dissertation.”

Adkins, who has accepted a position with a national organization to conduct experiments and analysis of political issues, said he will always be grateful for his time at Notre Dame.

“I could not have developed the skillset I have—nor explored the cutting-edge methodologies I applied—had it not been for the faculty and administration there.”