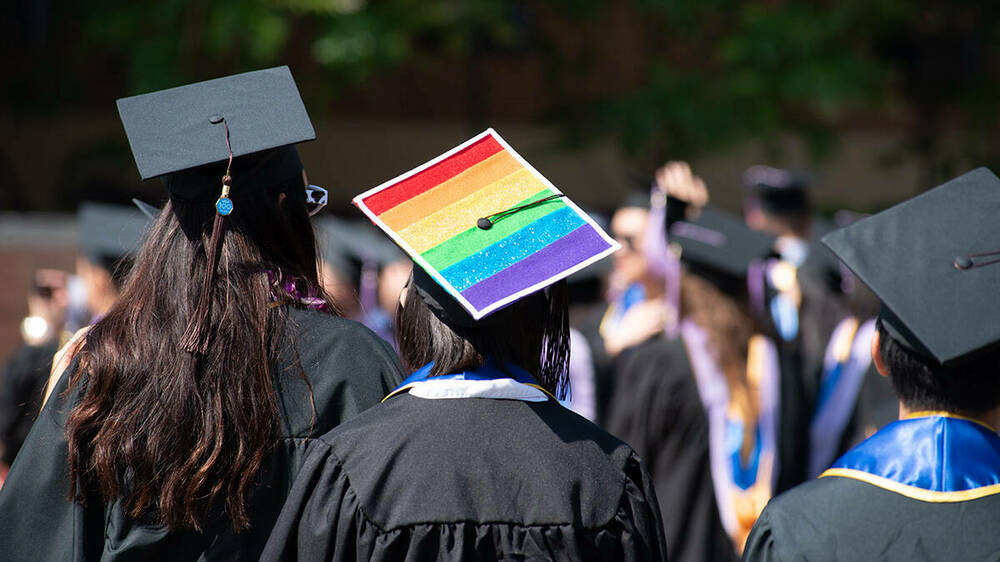 Recent news about the significant shift of women outpacing men in attending college — now a 60/40 ratio — overlooks one of the highest-achieving groups of all: gay men. In addition, lesbian women’s level of education is not accounted for in the new figures. A new study from a University of Notre Dame researcher reveals how, without including sexuality, broad statements about gender and education are incomplete and misleading.

For many years, LGBTQ Americans have been mostly invisible in the data used by social scientists to study population-level patterns of educational achievement and attainment. Under the Obama administration, however, officials added a sexual orientation question to three of the federal government’s largest household surveys: the National Health Interview Survey, the National Survey on Drug Use and Health and the National Crime Victimization Survey. At the same time, the U.S. Department of Education added its first-ever sexual orientation question to the High School Longitudinal Study of 2009. Using all of these new data, Mittleman analyzed how sexuality shapes academic performance in unprecedented detail.

“If America’s gay men were considered on their own, they would have, by far, the highest college completion rate in the world: easily surpassing the current leader, Luxembourg, at 46.6 percent,” Mittleman wrote.

With such clear academic advantages and disadvantages now underscored by his study, Mittleman also sought to understand why certain groups excel over others. His research aligns with what professors Mark Hatzenbuehler and John Pachankis (of Harvard and Yale, respectively) called the “Best Little Boy in the World” hypothesis. Drawing from Andrew Tobias’ memoir, “The Best Little Boy in the World,” this hypothesis proposes that gay men respond to societal homophobia by overcompensating in achievement-related domains.

Reflecting on this possibility, Mittleman suggests that “academic performance offers an accessible domain of competitive self-mastery. Whereas the rules of masculinity may feel obscure or unattainable, the rules of school can feel discrete and manageable. Whereas the approval of a parent may be uncertain, the praise of a teacher can be regularly earned with the right amount of effort. And when other avenues for ‘being a man’ are cut off, pursuing the kinds of prestigious careers made possible through meticulously high achievement offers a way to shore up one’s standing as a man.”

Unlike gay boys, contemporary lesbian girls face a number of academic disadvantages. For example, Mittleman’s data indicate that, compared to straight girls, lesbians are twice as likely to report ever dropping out of high school. These stark disadvantages, he suggests, could reflect discriminatory treatment from teachers.

Mittleman’s research underscores the importance of fully recognizing LGBTQ Americans in population surveys, and he notes that further study of LGBTQ students is necessary “because gender and sexuality are deeply interconnected and sexuality shapes the meaning and consequence of gender throughout our lives.”