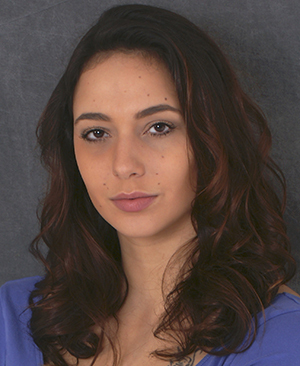 “When you walk into the audition room, you get up onto a little constructed stage, and as soon as you say, ‘Good morning, my name is Natalia Cuevas and these are my pieces,’ they start the timer.

“You have two minutes.”

Cuevas, a 2014 graduate of Notre Dame’s Department of Film, Television, and Theatre (FTT), recalls her experience at this year’s National Unified Auditions and Interviews. Organized by the University/Resident Theatre organization (URTA), the annual auditions draw more than 1,100 students and young professionals who wish to pursue graduate degrees in theatre.

“Imagine a kind of live, national GRE exam where students audition in open competition against one another, evaluated by representatives from the best graduate theatre programs,” said Professor Jim Collins, chair of the department.

“Our students would never have enjoyed that kind of success if they hadn’t had the benefit of Siiri Scott’s instruction,” Collins said. “She teaches acting using a holistic training approach, but ultimately, it’s her determination to give each of her students a precisely calibrated education that respects their individual strengths and needs that explains why she has become such a legendary teacher.” 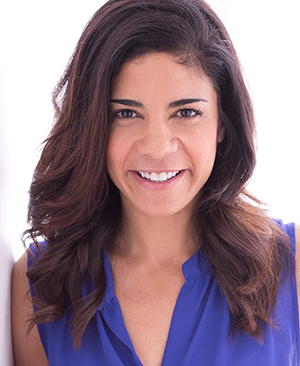 To prepare for the auditions, all seven students took an Audition Seminar course with Scott, a professional specialist in FTT. Cuevas, who is now pursuing an M.F.A in dramatic arts at the University of Connecticut, said that Scott’s support and guidance were invaluable throughout the entire process.

“She is magnificent,” Cuevas said. “Siiri is so good at analyzing your pieces and making you see things that you didn’t even know existed. Working with her allowed me to explore the depths of what I was capable of—not just as a performer but as a person as well.”

In the course, the students prepared a portfolio of monologues, researched the graduate schools that would be participating in the auditions, and met one-on-one with Scott to rehearse their pieces.

“Because we are a small enough program, Siiri was able to give all of us that individual attention,” Cuevas said. “And it makes a world of difference.”

Scott, who holds an M.F.A. from DePaul University and remembers well her own experience at the URTA auditions, emphasizes the importance of selecting and developing the right pieces for each student.

“We really tailor that portfolio to the process,” she said. “A professional audition piece won’t necessarily work for a graduate school audition. There is a very fine line, and I tell my students that we’re not just showing them your talent—we’re showing them your trainability, your ability to be vulnerable at the drop of a hat.”

The Audition Seminar course—and the entire faculty of the Department of Film, Television, and Theatre—creates a supportive environment in which students can hone their craft, said Zuri Eshun ’14, who is now attending London’s East 15 Acting School at the University of Essex.

“Being able to watch your classmates work and grow makes the whole process worth it,” she said. “I loved that about Audition Seminar, and it pushes you to get more into your own work and do a better job.” 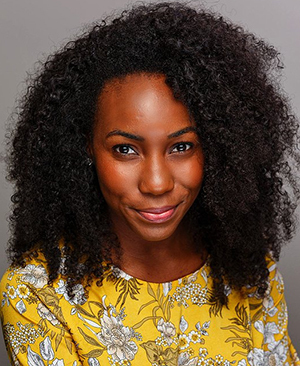 With Scott’s guidance, the students prepared one classical and one contemporary monologue for the initial two-minute audition, plus four additional pieces. After leaving the stage, each student anxiously awaited callbacks from graduate schools. As soon as 15 minutes later—and throughout the following days, selected students were invited to short one-on-one meetings with each interested school.

In the meetings, the students are sometimes asked to repeat monologues, perform additional monologues, or just talk with the representatives.

“When you go for your callbacks, there are some who will just sit down and talk with you to see who you are,” Eshun said. “In one, they asked me, ‘what is your favorite book right now?’ I was reading a book called, Waiting ’til the Midnight Hour for an African-American history class, and I talked to them about that for 10 minutes.”

Eshun credits her College of Arts and Letters background with helping her become a more competitive candidate, especially in moments like those.

“That wouldn’t have happened if I had attended a B.F.A. program,” she said. “If I had gone anywhere else and tried to do this, I don’t think I would have been as successful.”

Scott agrees that a broad-based liberal arts education helps Notre Dame students stand out, particularly during an audition process that often favors candidates who have worked in the industry for a few years following their undergraduate education.

“Our students are very intelligent people, and they walk into the room very poised. They have had classes in all disciplines, and there are very few things they cannot talk about,” Scott said. “And that’s why I have chosen specifically to work in a B.A. program. Because as an actor, you should be able to talk about everything.”

In the end, five students accepted offers they received through the URTA auditions. A sixth student chose to defer graduate school and begin working professionally in New York City, where she was just cast in a leading role in an episode of an Oxygen show called My Crazy Love.

The seventh student elected to pursue a graduate program in dentistry—another example, Scott said, of what she enjoys about teaching in a B.A. program.

Notre Dame students bring a broad base of knowledge to their FTT classes, she said. This leads to enriching discussions on a variety of topics, from a playwright’s allusion to the gods of ancient Greece to the psychological effects of experiencing a theatre performance.

“I love students who come to theatre courses with completely different majors and different perspectives,” Scott said. “For example, I have students from the Program of Liberal Studies, history, psychology, and the pre-med program.

“There is a lot of interesting dialogue that happens amidst all that work.”