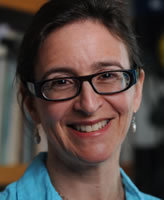 A two-day working conference titled Learning In and Out of School: Education Across the Globe will bring a dozen researchers to the Notre Dame campus May 22–23 to share and discuss a broad range of perspectives on the nature of learning.

“We’re taking a critical look at conventional schooling and bringing insights from other domains to understand human learning and to improve schooling—which is one of my goals as a teacher and researcher,” says organizer Susan Blum, professor and chair of the Department of Anthropology.

The event is supported by the Henkels Lecture Fund from the College of Arts and Letters’ Institute for Scholarship in the Liberal Arts, as well as funding from the University’s Office of Research and the Kellogg Institute for International Studies, where Blum is a faculty fellow.

The idea for the conference, she says, grew out of a panel discussion last year at the American Anthropological Association. “Participants talked about learning and education from all different angles—learning in and out of the classroom, the education of young children and university-age adults, cognitive learning, and other kinds of learning,” Blum says. “Out of that grew a sense that we had interesting things to say to each other and wanted to continue the conversation.”

It is a conversation Blum has been exploring through a variety of projects over her academic career, including comparative research on the concepts of truth and deception in China and the United States, where she focused on plagiarism and cheating among college students.

“I’m interested theoretically in speech—its intentions and motives, and whether people are telling the truth and conveying their actual authentic feelings or simply trying to accomplish some sort of practical aim,” she says.

“I applied that to the question of plagiarism and cheating, but as an anthropologist I always have to understand things in their broader context, so I began to ask questions to understand more about the life of students and the meaning of college education. It raises interesting questions about the nature of education in general.” 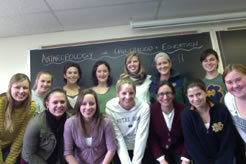 Blum says her teaching and research “dovetail perfectly—in some ways I’m doing research every day in the classroom.”

This past fall, Blum taught a class called The Anthropology of Childhood and Education to 12 juniors and seniors. “We talked about the nature of childhood from conception to adulthood, and the kinds of education that go along with all those phases.”

When the class ended, Blum and her students decided to continue the investigation with a time-capsule project. Each student contributed photographs and letters to themselves or others, which were placed in a box and sealed. The plan is to reopen them at a class reunion in 10 years.

“We’re going to keep in touch and learn about all these lifecycle events as they move on in their lives,” says Blum, who also teaches courses on food and culture, and the fundamentals of linguistic anthropology.

Blum is currently working on a cross-cultural study of higher education and is also writing a book called Learning Versus Schooling: A Professor’s Re-education.

“My only goal before was to simply understand the world, but now I really do want to improve the world,” Blum says. “I feel very strongly that I want to be useful.

“I’ve received a lot of riches from the world and it’s my turn to put something back into it.”