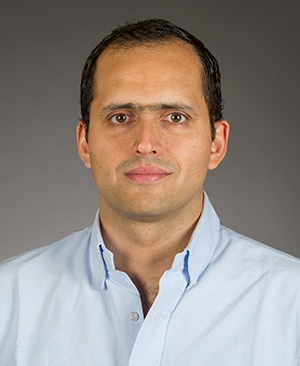 César Sosa-Padilla, an assistant professor of economics at the University of Notre Dame, has been awarded the 2016 John Charles Polanyi Prize by the government of the Province of Ontario.

The annual prize recognizes up to five outstanding, early career researchers in the fields of physics, chemistry, physiology or medicine, literature, or economic science who are continuing to post-doctoral studies or have recently started a faculty appointment at an Ontario university.

Sosa-Padilla, who joined Notre Dame’s Department of Economics in fall 2016, was previously an assistant professor at McMaster University in Hamilton, Ontario. He said the prize was a great honor and a huge surprise.

“It is such a privilege to be awarded a prize that was previously won by many renowned economists,” he said. “It is reassuring that people value my research. I will keep trying to answer policy relevant questions using quantitative macroeconomic models.”

Sosa-Padilla conducts research in the areas of international finance, macroeconomics, and fiscal policy. Most recently, he is focused on understanding sovereign default crises.

After looking at his native Argentina’s history of defaults, Sosa-Padilla wondered why countries ever repay their debts in the absence of an international court.

“As I researched further, the answer became clear—because in some cases, it is better than the alternative. That is, the costs of defaulting often exceed the benefits.”

Sosa-Padilla is also an associated researcher with A Dynamic Economic and Monetary Union (ADEMU). Launched in 2015, the project brings together research groups from eight leading European institutions to analyze fiscal policy in the EU and propose innovations that will reduce countries’ short-term economic vulnerability and improve long-term sustainability of the union.

“We are living in times of high—in some cases, record-high—levels of government indebtedness,” he said. “Even the mere prospect of a sovereign default has big implications for the financial and government sectors in any country.

“Knowing more about the optimal debt management should be of crucial importance for policymakers.”