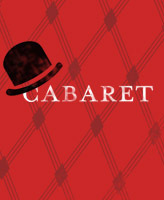 Cabaret, winner of the 1967 Tony award for best musical, is coming to Notre Dame November 13-17.

Known for its outstanding music, edgy themes, and underlying social issues, the show will be the first full-scale musical the Department of Film, Television, and Theatre (FTT) has produced in more than 20 years, says Associate Professor Kevin Dreyer.

More than 100 students will be involved as cast and crew in the show—about four times the number of students needed for a non-musical production.

To bring the notorious Kit Kat Klub to life, FTT is partnering with the Department of Music and PEMCo, the largest student-run musical theatre company on campus.

This collaboration was key, says Dreyer. “We’ve received incredible support from across the campus and especially the dean’s office to make this happen. I can’t stress enough how much we appreciate that.”

As part of the cooperative effort, Dan Stowe, associate professional specialist in the Department of Music, will serve as music director for the 25 students who will provide orchestral support during the performances.

Senior Samantha Schubert, a theatre major and producer for the PEMCo 2013-14 season, says she is excited about this first-time partnership between FTT and the student theatre company. “To see two groups with such passion for what they do come together means so much. I’m just happy to see this bridge being built.

“I think it’s a great stepping stone toward making a stronger, lasting relationship.”

Schubert looks forward to working behind the scenes on Cabaret. She notes that it is an exciting opportunity for students to work with professional director Nathan Halvorson, who will be brought in for the production.

“Because the director is from outside the university, it’s a chance for students to get new insight on their performances from someone with a fresh perspective,” she says.

Halvorson is equally enthusiastic about working with the Notre Dame faculty and students for the first time. “One of the joys of my life is being able to teach and hopefully pass on some of the things that I have learned over my career.

“As far as I can tell, the students at Notre Dame are focused, driven, and talented. Nothing makes me happier than being able to combine the artistic process with education.”

Although he has directed and choreographed a wide variety of musicals, Halvorson says that he has a longstanding interest in Cabaret. Set in 1931 Berlin amid the growing threat of the Nazi party, it is the story of a struggling American writer and a British cabaret singer.

“Cabaret was a game-changing musical when it first premiered,” Halvorson says. “It took a horrific situation in history and used the musical theatre form as the lens to tell the story. It was the first musical to not use a main curtain, there was no overture, and it did not shy away from the subject matter in the slightest.

“It was truly revolutionary at the time, and it still is.”

Dreyer agrees, saying that the “very human story” and deeper issues within Cabaret appealed to the department, as well as the fact that it is an “excellent piece of theatre with wonderful music.”

Looking ahead, Dreyer hopes to include a musical in the FTT theatre season every three to four years.

“Cabaret is going to be a very exciting production and hopefully historic—it will be launching a new trend within theatre production at Notre Dame.”