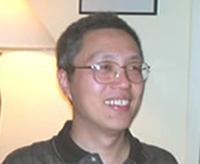 Xiaoshan Yang, associate professor and director of undergraduate studies in Notre Dame’s Department of East Asian Languages and Cultures, has been awarded an American Council of Learned Societies (ACLS) Fellowship for the 2013-14 academic year.

“Chinese poetry is a significant component of Chinese culture. It is known both for its antiquity and for its continuity,” says Yang, who specializes in classical Chinese poetry and poetics. “ So I was both excited and humbled to receive the award.”

His current research, part of a developing book project, focuses on the poetic practice of Wang Anshi, an 11th century Song Dynasty poet.

“Classical Chinese poetry reached its golden age in the Tang dynasty,” Yang says. “From the second half of the 11th century onward, Song (dynasty) poets exhibited a growing anxiety over being late comers to a field in which artistic possibilities appeared to have been all but exhausted.

“This sense of belatedness motivated their search for alternatives that would enable them to embrace as well as to differ from the Tang masters. As a result, a new poetic sensibility developed,” he says. “Wang Anshi was one of the first major Song poets to approach Tang poetry as a source of inspiration and sustenance while acutely aware of its overwhelming power.”

Yang’s research has previously won support from the National Endowment for the Humanities (NEH) and the Chiang Ching-kuo Foundation for International Scholarly Exchange, which sponsors Chinese studies in the humanities and social sciences overseas.

Sponsored by the Andrew W. Mellon Foundation, the Ford Foundation, and the NEH, among other institutions, ACLS Fellowships serve as salary replacement for professors who wish to conduct 6 to 12 continuous months of full-time research. Yang was one of 65 fellows selected out of a pool of more than 1,000 applicants.

Four of the 65 winners this year are faculty in Notre Dame’s College of Arts and Letters. In addition to Yang, ACLS fellowships have been awarded to: