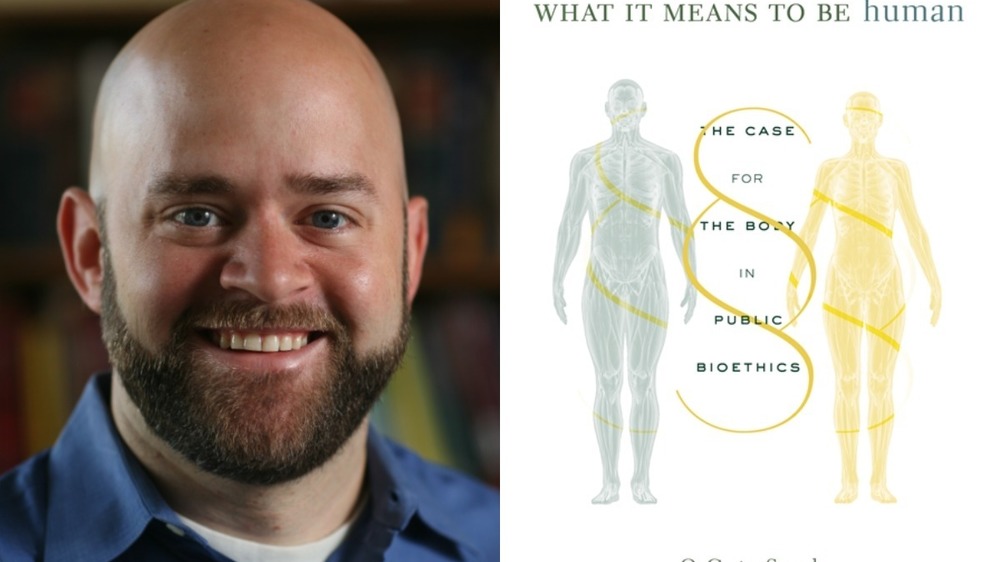 Professor O. Carter Snead’s new book, What It Means to Be Human: The Case for the Body in Public Bioethics, has garnered a great deal of attention since Harvard University Press released it in October. The book has been reviewed in numerous newspapers and magazines and discussed by top legal and political scholars on podcasts and academic panels.

And now, the Wall Street Journal has named it one of the year’s top 10 books.

Snead, a professor of law at Notre Dame Law School and director of the University of Notre Dame’s de Nicola Center for Ethics & Culture, is one of the world’s leading experts on public bioethics — the governance of science, medicine, and biotechnology in the name of ethical goods. In What It Means to Be Human, he proposes “a vision of human identity and flourishing that supports those who are profoundly vulnerable and dependent — children, the disabled, and the elderly” and analyzes how that vision would affect three of the most complex issues in bioethics: abortion, assisted reproductive technology, and end-of-life decisions.

In listing What It Means to Be Human among the 10 best books of 2020, the Wall Street Journal wrote, “Under American law, a person is defined largely by his capacity to formulate and pursue future plans of his own invention. But where does that leave those unable to make choices — the mentally impaired, those in extreme pain, children in the womb? This important work of moral philosophy argues that all of us are, first and foremost, embodied beings, and that public policy must recognize the limits and gifts that this entails.”

In a separate review of the book that ran in the Wall Street Journal in November, author and political analyst Yuval Levin wrote, “By sketching out an ethic of mutual obligation rooted in our common vulnerabilities, the book opens a path toward a more humane society. More than an important contribution to bioethics, What It Means to Be Human is among the most important works of moral philosophy produced so far in this century.” Levin also participated with Princeton’s Robert P. George in a Heritage Foundation panel discussion about the book.

A video of Snead’s book talk for First Things magazine is embedded below.

The Notre Dame Constitutional Studies Program hosted a panel discussion on What It Means to Be Human in October with New York Times columnist Ross Douthat, Harvard’s Mary Ann Glendon, and author Rod Dreher. Click here to watch a video of the discussion.