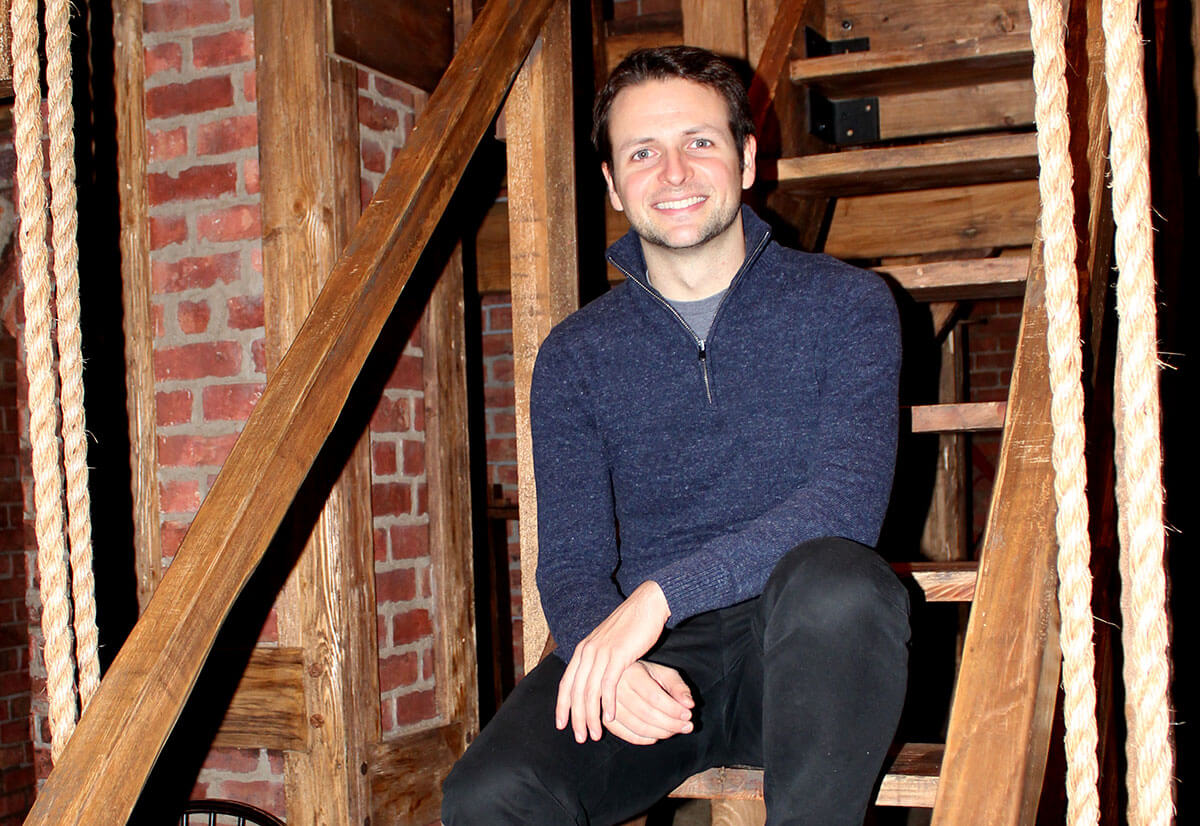 Patrick Vassel, a 2007 Notre Dame graduate who majored in political science, is associate director of the Broadway smash-hit 'Hamilton.'

Stepping into the golden glow of the marquee, there is an immediate rush of energy and excitement in the crowd.

Edging their way into the gilded lobby of the Richard Rodgers Theatre, they pause just long enough to snap a photo beneath the placard heralding Broadway’s newest triumph—Hamilton.

Meanwhile, the show’s associate director, Patrick Vassel ’07, is moving among the cast backstage.

An expectant silence falls as the lights dim, only to be broken by a sudden outburst of clapping and cheering—a storm of celebration from an audience overcome by its own good fortune.

The crew checks every light, speaker, and prop—from dueling guns to wine glasses—while the actors get final touches to makeup, wigs, and Revolution-era garb.

As Aaron Burr takes the stage to question the meteoric rise of Alexander Hamilton, Vassel has slipped into the audience, sitting in a doorway just to the right of the balcony.

He’s counting each beat, noting each footfall, watching every moment.

Vassel, like countless times before, has a perfect view of this hip-hop historical musical—a cultural phenomenon that has won 11 Tony Awards, a Grammy Award, and the Pulitzer Prize for drama.

“It has yet to get to a place where it actually feels ‘normal,’” he said. “This is all still pretty surreal, and it’s a testament to the creative team that throughout this process, everyone is still just focused on doing the best work they can.”

“There’s a million things I haven’t done. But just you wait.” —Hamilton

Vassel didn’t come to Notre Dame dreaming of a career on Broadway. 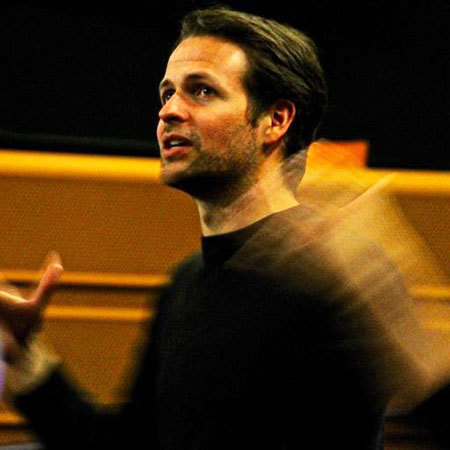 Two weeks before starting off-Broadway rehearsals for 'Hamilton,' Vassel returned to campus to direct 'Six Characters in Search of an Author' for the 2014-15 FTT season.

He majored in political science, intending to work in Washington, D.C., and completed a minor in the Hesburgh Program in Public Service. To round out his education, he also took courses in peace studies and film, television, and theatre.

The skills he learned during his time in Notre Dame’s College of Arts and Letters, he said, have all had a major impact on his professional theatre work.

“My liberal arts education is far more about how I think than about any details I remember from my classes,” Vassel said. “It’s the way you reason, the way you argue, the way you research. Those things have been tremendously useful in all of my directing, but certainly on Hamilton.”

His theatre involvement at Notre Dame began with acting in FTT productions and with the St. Edward’s Hall Players. By his senior year, he was assistant director for FTT’s Big Love and director of St. Edward’s A Few Good Men in Washington Hall.

“I fell in love with directing at Notre Dame, and I couldn’t have if there weren’t the student theatre groups, the support of the FTT faculty, and the freedom to be able make things,” he said. “There are amazing opportunities for any student to be a part of theatre at Notre Dame. You can try it out, and if it’s for you, you can end up producing your own shows.“‘Blessing’ is not a big enough word for what an incredible gift that is and how much you learn from that.”

Shortly after graduation, the Akron, Ohio, native moved to New York City and took a position with Teach for America at the Explore Charter School in Brooklyn. 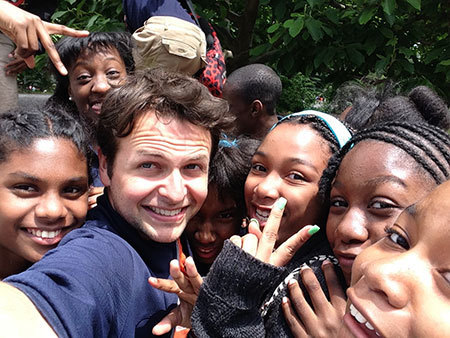 Vassel with some of his students from the Explore Charter School in Brooklyn.

“My experience at Notre Dame taught me to think of the world as a bigger place than wherever you’re standing and to think about where you can do the most good and where you’re most needed,” Vassel said. “That was fundamental to my experience and continues to shape the way I live and work.”

After teaching for several years, Vassel felt the time was right to take his shot at full-time freelance directing. He helmed more than 20 different shows over the next four years—including one he produced in his own apartment.

But in February 2014, he received the call that changed his life.

“You never know when something is going to happen in this business or when the phone is going to ring,” he said. “All you can really do is work as hard as you can and keep going.

“The seeds that were planted took a couple of years to grow, but they did. And now, here we are on Broadway.”

“My experience at Notre Dame taught me to think of the world as a bigger place than wherever you’re standing and to think about where you can do the most good and where you’re most needed.” 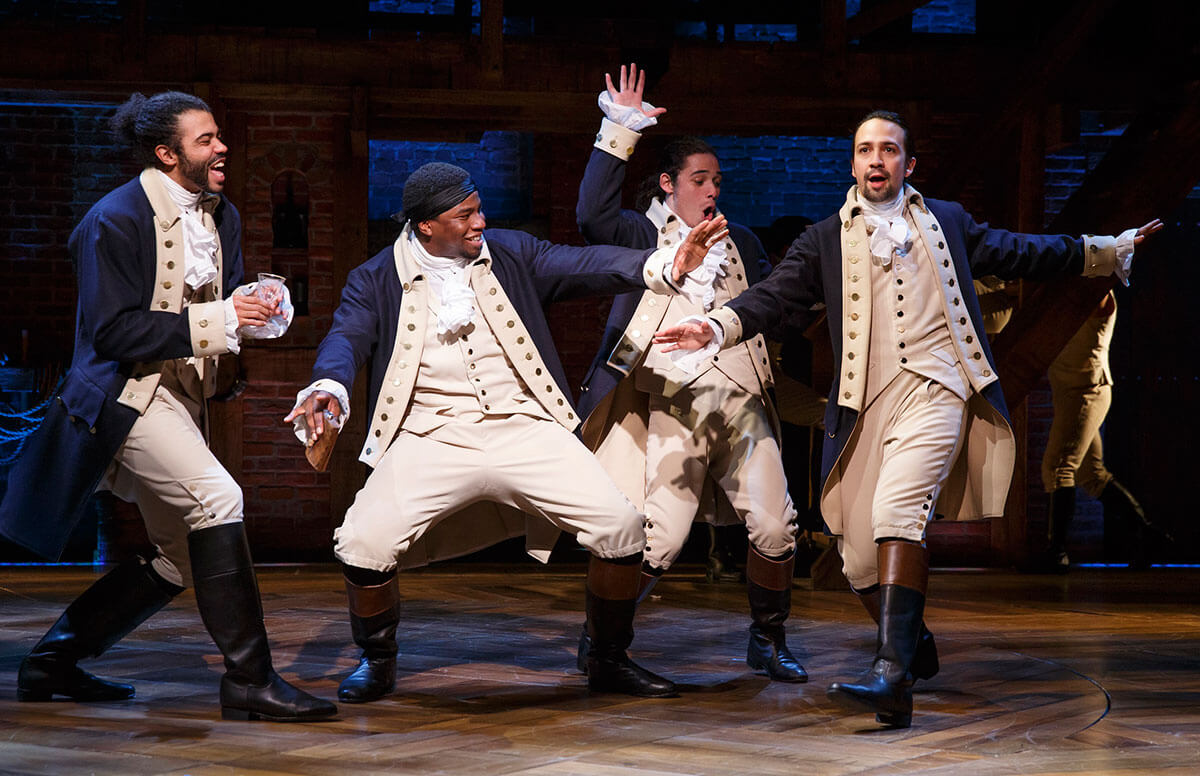 Members of the original cast of 'Hamilton,' including the show's writer and composer, Lin-Manuel Miranda (far right).

“I wanna be in the room where it happens.” —Hamilton

The call he received was from acclaimed musical theatre director Thomas Kail, inviting him to a workshop for an off-Broadway run of Hamilton.

Written by Lin-Manuel Miranda and inspired by historian Ron Chernow’s 2004 biography Alexander Hamilton, the show is set during the American Revolution and the early days of the United States. It chronicles the turbulent and triumphant life of the often-overlooked Founding Father who now adorns the $10 bill.

During the workshop process, Vassel discussed with the performers the historical sources of the show to help provide context for their characters.

“We talked a lot about the battle of Yorktown. We talked a lot about the Constitutional Convention,” he said. “We talked about how the arguments and debates they had at that time are very much the same ones we’re having today. What is the role of government? What are the rights of the states versus the rights of the people? The show is very much concerned with how we built this country, and a lot of those foundational arguments are still ones we’re grappling with now.”

Throughout the show’s time both off- and on Broadway, Vassel has watched and taken notes on more than 200 performances in order to maintain quality. He communicates with actors and stage management and works closely with the dance supervisor to train understudies and any new principal actors joining the show.

“I am constantly talking with people about how things are feeling out on stage,” he said, “what they’re finding and discovering and experiencing.”

“You never know when something is going to happen in this business. All you can really do is work as hard as you can and keep going. And now, here we are on Broadway.” 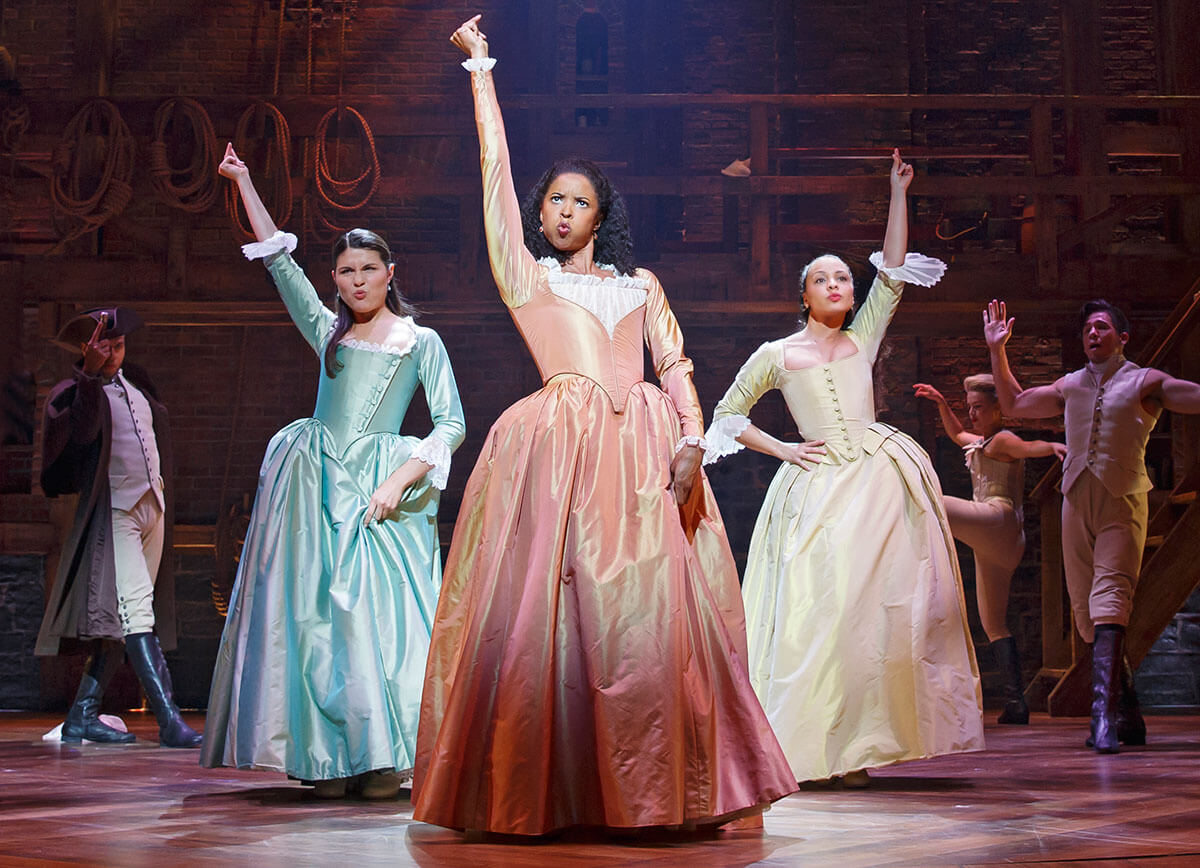 Members of the original Broadway cast of 'Hamilton.'

“Look around, look around at how lucky we are to be alive right now.” —Hamilton

This summer, Vassel begins working with Hamilton’s Chicago company, and shortly after that, he will start rehearsals for the show’s first national tour. In summer 2017, the crew will be preparing for its London debut. 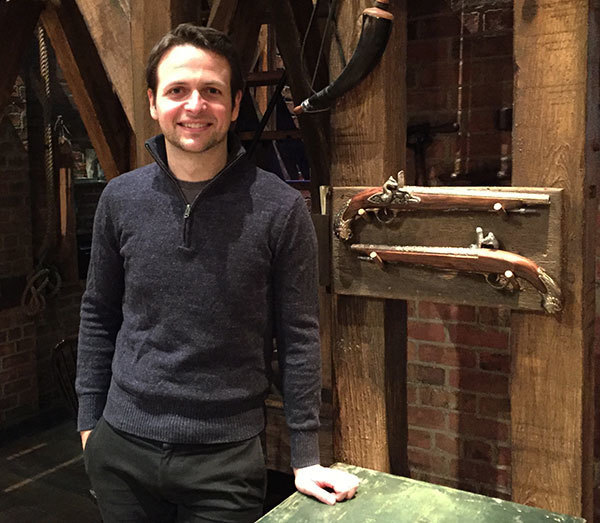 Vassel with props on the set of Hamilton.

“Once we have more than one company outside New York, I’ll be part of a team that travels to continue to take notes and maintain each one of the companies,” Vassel said. “And in between, I’ll still be working with a number of other playwrights and doing readings of my own work. But this is an exciting show to have as my primary job for a while.”

Through it all, Vassel has enthusiastically maintained his connection to his alma mater. Just two weeks before starting off-Broadway rehearsals for Hamilton, he returned to campus to direct Six Characters in Search of an Author for the 2014-15 FTT season.

And he is excited about an upcoming project, influenced by Notre Dame. Vassel is writing a play titled Football College, supported by the Sheen Center in New York, focusing on college athletics and Catholicism in the context of a single football season.

“It’s so rare that you get to be a part of something like Hamilton that really resonates, and it’s a great starting point to hopefully prompt conversations with people about what they might want to do,” Vassel said.

“If there’s anything I can do to answer their questions or shine a light down that path—if I can help in any way, that’s something I love to do.”

For an extended interview with Vassel, listen to the With a Side of Knowledge podcast produced by the Office of the Provost.