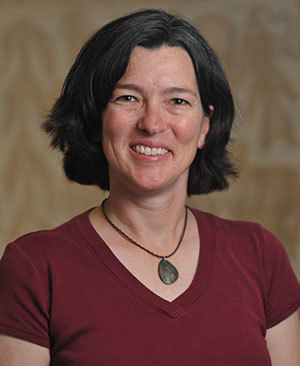 Their subjects are separated by hundreds of years and thousands of miles, yet two recent books by Notre Dame anthropologists have striking similarities on the driving forces behind human migration.

Living and Leaving: A Social History of Regional Depopulation in Thirteenth-Century Mesa Verde, by Associate Professor Donna Glowacki, untangles the web of reasons why an entire culture simply packed up and left the Four Corners region nearly 800 years ago.

Crimes of Peace: Mediterranean Migrations at the World’s Deadliest Border, by Assistant Professor Maurizio Albahari, examines why African and Middle Eastern migrants and refugees risk their lives attempting to cross the Mediterranean Sea. 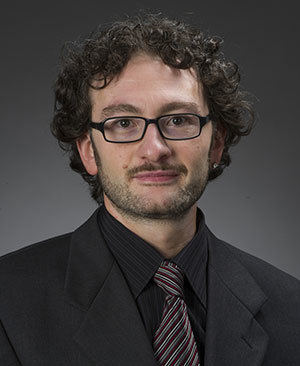 The books have played a major role in establishing Notre Dame’s Department of Anthropology as a source of insight and perspective on significant social issues, said professor and chair Agustín Fuentes.

“Their contributions help our department make our mark at the national and international levels on major topics such as immigration, environmental resiliency, and social justice,” he said.

“Having these young scholars produce such important and high-impact works not only identifies us as a key player in scholarly discourse, but also enables us to offer excellent and cutting-edge courses developed and taught by faculty making a real difference in their fields and beyond.”

The reasons the Pueblo people moved out of the Four Corners region of the American Southwest in the 1200s have long been a central question to understanding indigenous histories in the Southwest. Many scholars have posited theories about political upheaval, drought, or violence.

In her book, Glowacki argues that all of those things, and other factors, were significant motivators in their relocation. She details how different histories and contingencies—including deeply rooted identity and broad ideology—converged to prompt the Pueblo exodus from the region.

“The Mesa Verde migrations are an important case study that shows that sometimes you have to make really big changes in order to maintain your society,” Glowacki said. “It really comes down to how our societies politically, religiously, economically deal with difficult times.”

Glowacki’s study of the Mesa Verde migrations has significant modern implications, too. While the exact people and issues are different, many countries—including the United States—are now facing a barrage of challenging circumstances that will shape their future.

How we handle those entangled environmental, political, religious, and social issues should be informed by the methods other societies employed and the consequences they reaped, Glowacki said.

“It’s hard for cultures and societies to face these issues, so it’s important to see how past cultures have dealt with them so we can learn from them today,” she said. “You need to understand where we came from to understand the present.”

Albahari’s book focuses on one of those pressing current circumstances—the thousands of people fleeing violence and oppression in Middle Eastern and African nations and seeking to relocate to Europe.

He argues that a decades-old problem is being exacerbated by the unwillingness of European countries to coordinate and address the issue.

“Essentially, European Union (EU) countries are not really working together for purposes other than keeping refugees at bay. They’re building fences and passing the buck to their non-EU neighbors,” Albahari said. “One of the results is that many refugees are going where they want to go, but it’s an obstacle course. Eventually, they’re able to overcome, but it is very costly. They’re suffering, when not dying.”

In the book, and in many recent media appearances and commentary pieces, Albahari says that people at risk of losing their lives will do whatever it takes to leave those situations. And as countries close borders or limit the number of refugees they will take, the process becomes more deadly as people attempt to cross the Mediterranean Sea to reach Europe.

While the worldwide debate is increasingly political, Albahari seeks to put an empirical and personal face on the crisis, weaving stories of individuals into his scholarship.

“It illuminates something about humanity, what it means to be human—in this case, in a stressful, dramatic, and resilient way,” Albahari said.

While many assume the refugee crisis in Europe is a recent challenge, Albahari recognized it years ago.

“Maritime migration was already happening in the early ’90s. I saw it very close to my hometown in southeastern Italy,” he said. “For years, Italian authorities have been trying to make the case that the arrival of migrants to southern Europe wasn’t just a southern European issue. Now, northern European countries are experiencing what’s been happening elsewhere for some time.”

That’s important to understand, Albahari said, because it means people aren’t leaving their ancestral lands solely because of the seemingly isolated events of the past few years.

Likewise, Glowacki said the ancestral Pueblo people had a wide range of reasons for abandoning the Mesa Verde region. It is too simplistic to assume that a few years of drought or the arrival of hostile groups alone could have forced the entirety of a people into migration.

That, she said, is an important lesson for those trying to understand why so many people from Africa, Afghanistan, Syria, and other areas are on the move.

“When we’re dealing with the complex issues of today, it’s happening so quickly. It’s difficult to see the historical factors that are at play,” Glowacki said. “If we want to understand what’s happening today, we have to look at the larger picture.”