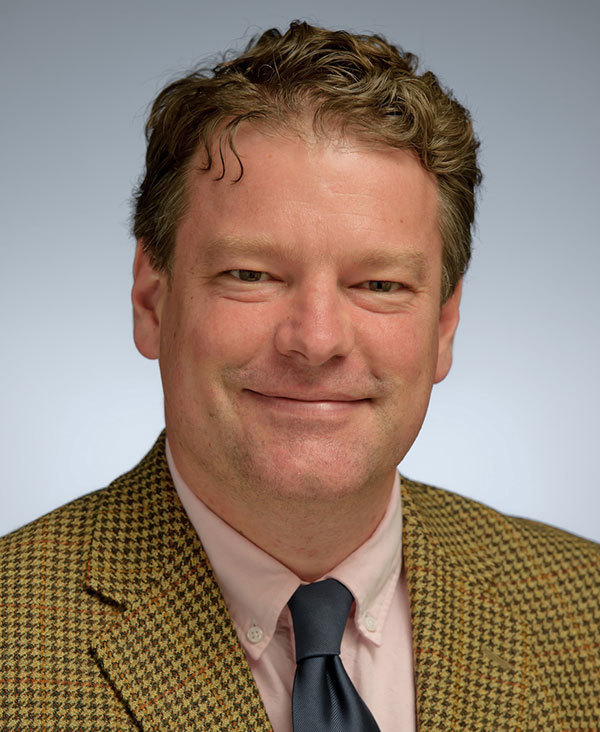 When the Wauja people tell a story about their history and culture, the words they choose convey a deep meaning about the indigenous Brazilian tribe’s interconnectedness to its landscape.

Christopher Ball wants to delve into that relationship between language and place. Funded by an American Council of Learned Societies fellowship, he’s exploring how the Wauja people use words to create an identity that ties their culture to a nearby river and chronicling that meaning for future generations.

An assistant professor in Notre Dame’s Department of Anthropology, Ball will spend parts of a year with the Wauja people, documenting their language through the stories they tell for his project, “Language and Riverscape in Indigenous Brazil: Mapping, Cosmology and Politics of Place.”

The ACLS, the pre-eminent representative of American scholarship in the humanities and social sciences, conferred just 69 fellowships this year from a pool of more than 1,100 applicants. Ball is one of two Arts and Letters faculty to win 2016 fellowships, along with Kathy Kerby-Fulton, the Notre Dame Professor of English.

“I’m finding out what these people think language is good for and documenting that,” Ball said. “The ACLS is such a great fellowship to receive. I feel honored to be chosen to represent one of the many different points of view across the human sciences.”

Ball expects to write a book on the topic, as well as develop an interface—an interactive digital map—that will allow later generations of the Wauja people to interact with their ancestors.

The Wauja, much like other indigenous tribes, were negatively impacted by disease and deforestation in the early 20th century. Population dwindled, and at one point about a decade ago, there were fewer than 300 Wauja living in only one village.

In the 1950s and 1960s, Brazil created the Xingu Indigenous Park, a roughly 2.64 million-hectare preserve that contains the Wauja, among other tribes. The park is a green oasis surrounded by cleared land used mostly for crops and cattle.

Today, there are about 400 Wauja spread between two villages.

Ball, a cultural and linguistic anthropologist who speaks Wauja, said there are efforts to preserve the vocabulary and grammar of the language, but he’s particularly interested in understanding what Wauja means to its speakers.

“The people are really interested in language related to place,” Ball said. “They are connected to natural places in the forest, especially on rivers, and they tell stories about those places, how their ancestors inhabited those places, how supernatural beings inhabit those places.”

The Xingu River and Batovi rivers, which filter into the Amazon, have been key parts of the Wauja way of life, providing not only food and transportation but also serving as a spiritual center for the tribe. When Ball asked the Wauja people what they felt was the most important part of their language, they told him it was the stories about the river.

“Talking about the river is important on a number of levels, including knowing where their ancestors lived, what kind of things they found in that environment, and what they can pass on to their children,” Ball said.

“This is something that Wauja people are really keen on. It’s something they can use in the community to engage in the stories, even years from now after the storytellers have passed away.”

While the Xingu Indigenous Park has helped stabilize and even grow the populations of some indigenous tribes, its boundaries were drawn without much regard for tribal histories. Many Wauja cultural sites, including a cave considered the birthplace of the tribe’s first chief, lie outside the preserve’s borders. And as forests are cleared, there is a real danger that some of those sites will be lost.

Ball said documenting tribal histories could help in efforts to claim those spaces.

“There’s another political motivation for why people want to identify these places on the river,” Ball said.

Ball’s time with the Wauja will be spent collecting as many stories as possible via video, photographs, and audio recordings. He envisions boating to spots, gathering tribal members, and having elders recite the traditional stories. He’ll also take GPS coordinates of the places where the recordings are made.

Back in South Bend, Ball will work with Matthew Sisk, a Notre Dame GIS and anthropology librarian, to create an interactive map of the area that can be accessed via computer or tablet. Younger tribal members or future generations will be able to use this resource to go to a specific location and listen to the stories of their ancestors.

“This is something that Wauja people are really keen on,” he said. “They’re aware of audio, video, and photo technology, and they’re really interested in generating maps where they can have this interactive experience. It’s something they can use in the community to engage in the stories, even years from now after the storytellers have passed away.”