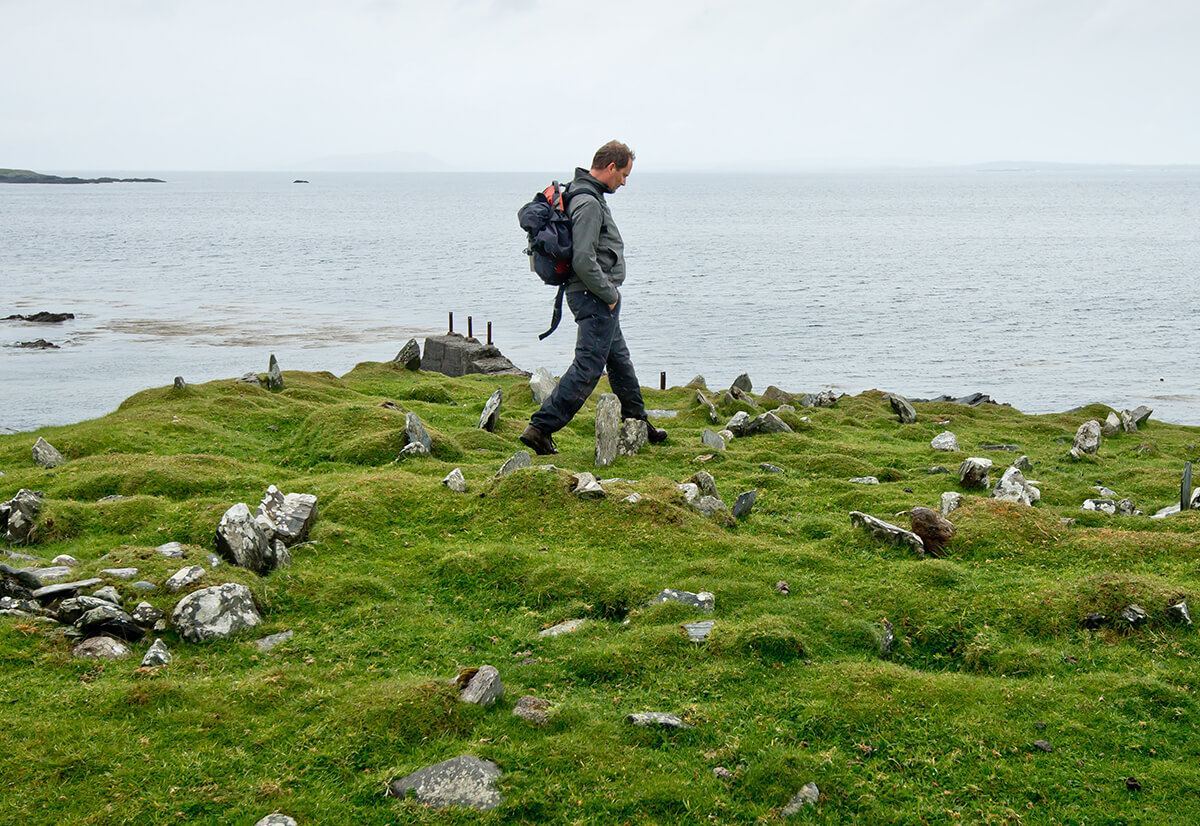 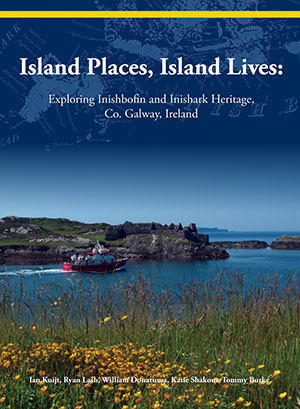 The last Irish residents of Inishark left their coastal island homes in 1960, leaving behind an island eight miles into the Atlantic Ocean that never had electricity, phones, or cars.

Along with text and photographs, the book incorporates short videos of the island developed by Kuijt and Donaruma that can be viewed on a smartphone or tablet when readers, using a free companion app, hold their device over individual pictures in the book.

“It is a wonderful way of connecting people to these places in a really immediate and visual way,” Kuijt said. “This technology has never been used before in any kind of substantial educational project—and it is exciting to present this history in a format that people will really be able to engage with.”


The 22 videos, ranging in length from two to eight minutes, combine high-quality cinematography, narration, and traditional Irish music. Each explores aspects of island life over generations of inhabitants, from the medieval era to the 20th century.

“This book is more than rigorous research combined with dazzling images,’” said James Collins, professor and chair of the Department of Film, Television, and Theatre. “The sophisticated interplay of ideas and images here creates genuinely new ways of understanding the geography and the layers of history it holds. Just as importantly, that interplay visualizes both the archeological project and the passions that animate that work.” 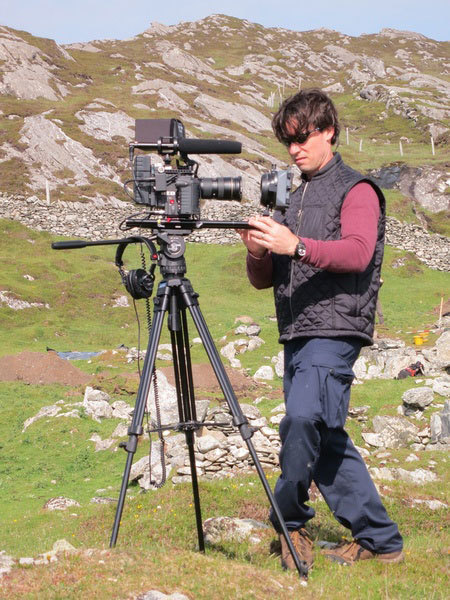 Kuijt has spent nearly a decade researching the history of the islands and leading an archaeological excavation as part of the University of Notre Dame Cultural Landscapes of the Irish Coast research project. Because Inishark changed little over its last 100 years of habitation, he said, it offers valuable insights into post-18th-century life in Ireland.

Kuijt and his team—including researchers from University College Dublin and Trinity College Dublin, as well as Notre Dame undergraduate and graduate students—have also interviewed several of the last 10 surviving residents of Inishark, whom they brought back to visit the island and tell their stories.

In 2012, Donaruma joined Kuijt in Ireland to film the archaeological excavation, and the multimedia project evolved from there.

“I was already thinking of doing a visual guide, and Bill was filming the sites, and we were considering creating a website to share the information,” Kuijt said. “But when we saw this technology, we realized it was exactly what we needed to present this.”

Kuijt and Donaruma launched the innovative book and presented some of the videos during an Irish Heritage Day event hosted by the residents of Inishbofin in September 2015 and are planning additional events in Dublin, Clifton, and Galway, Ireland, in the early spring. They also plan to continue collaborating on the project—with a documentary film currently in the works—and look forward to returning to the islands soon.

“Some people think they experience Ireland by taking a trip to Dublin, but this is the real Ireland,” Donaruma said. “The people are really what make the islands special. I miss them as soon as I leave, and I have made very special friends from being there. I honestly can’t imagine not going back.”