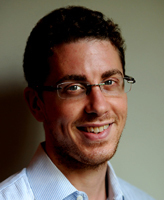 Charles Leavitt, who received his Ph.D. in literature from Notre Dame in 2010, has accepted a position at the University of Reading as a lecturer in Italian studies—equivalent to assistant professor in the American university system. Located in Reading, England, the school is ranked in the top 1% of universities in the world.

“This is a really unique and innovative place to teach and to study Italian,” Leavitt says. “The program was designed by Luigi Meneghello, an important Italian intellectual who came to teach in England after the Second World War.”

Meneghello envisioned a department of Italian that was like a small College of Arts and Sciences, which would house Italian historians, philologists, linguists, and scholars of Italian literature, cinema, and politics. His goal was for students to learn about Italy in the most well-rounded way possible.

Leavitt credits the quality and interdisciplinary nature of his Notre Dame education for preparing him for his new role. “In many ways, Italian Studies at Notre Dame is founded on the same principles and that has certainly helped me to contribute in my new position.”

As a graduate student, Leavitt says he was grateful for the opportunities the University offered for personal and professional development—including funding for multiple summers in Italy pursuing research and a year studying and working as a research assistant at the prestigious Accademia della crusca’s Opera del vocabolario italiano (OVI) branch in Florence.

“Notre Dame invests in its students and that’s tremendously important. If you’re willing to work hard, to take your responsibilities seriously, and to pursue the opportunities that the University provides, then Notre Dame is willing and able to support you.”

After receiving his degree, Leavitt worked as a post-doctoral research fellow at Notre Dame, where he managed the University’s involvement in a project working with top linguistic experts at the OVI to assemble a historical dictionary of the Italian language. Notre Dame is the only university outside of Italy that has been invited to contribute research to the project.

“One of the things I learned at Notre Dame, which is both a research university and a university that cares deeply about teaching, is that your teaching and your research both improve when you can bring them together. Both sides benefit when students learn from professors who are engaged in research: they collaborate in the discovery of new knowledge.” 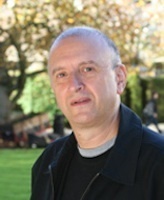 Leavitt also cites the close mentoring and individual attention he received from Notre Dame faculty for helping him develop as a scholar. In particular he values his relationship with Professor Theodore Cachey, The Albert J. and Helen M. Ravarino Family Director of Dante and Italian Studies, and Zygmunt Baranski, The Notre Dame Professor of Dante and Italian Studies.

“In addition to being an ideal teacher, Zyg is also a great mentor. He was a co-advisor on my dissertation, and working closely with him taught me what scholarship in the humanities is all about. He is without question one of the greatest and most prolific scholars of Italian culture working anywhere in the world.

“Whether I’m working on my research, teaching, or advising my students, I know that I’m drawing on the lessons I learned from Zyg.”

Baranski says Leavitt’s success comes as no surprise. “Chuck Leavitt is probably one of the two best Italian modernists that I have supervised. In fact, he is rather more than simply an extraordinary researcher. He is an excellent, sensitive, and committed teacher, as well as an efficient and unobtrusive academic organizer.

“He is the kind of all-round academic that any university would be more than pleased to count among its members.”

At the University of Reading, Leavitt will focus on modern and contemporary Italian literature and cinema. He has been invited to design and teach a course on postwar Italy and the role of culture in its recovery from Fascism. He says he was initially drawn to the topic by the complicated question of how a country remakes itself after things have gone horribly wrong.

He remembers being struck in particular by an article written in 1944 by an Italian intellectual in exile who wrote about his vision for ‘the Italy of tomorrow,’ saying “a necessary prerequisite for this society of free people is a new literature.”

“This was someone who had risked his life fighting Fascism and who was working to rebuild his country. And he was convinced that literature had an important role to play in that task,” says Leavitt. “For me, that idea was and is astonishing.

“For years we’ve all heard about the ‘crisis of the humanities,’ this notion that studying culture is no longer believed to be important. But here was someone fighting for his freedom against oppression, and he had no doubts about the absolute significance of literature for that struggle. I’ve spent the last five years of my life trying to comprehend that belief, that unwavering faith in the value of literature. It motivates everything that I do.”